Fire and Violence from the Skies

From today’s violence in Las Vegas with 60 killed and 400 wounded from the actions of an American gunman, the loss of human life in Puerto Rico, Florida, Texas, the US Virgin Islands and the massive property destruction from Hurricanes Maria, Irma and Harvey, over the past two months, citizens of the United States have faced fire and violence from the skies that people in other parts of the world have routinely been enduring. 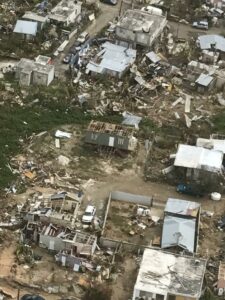 In other parts of the world, one-third of Bangladesh has been underwater from monsoon rains, parts of Nigeria have been flooded.  Mexico has endured killer earthquakes.

Rahingya villages in Myanmar have been burned, thousands murdered and over 400,000 fleeing into Bangladesh to escape Buddhist Burmese/Myanmar military violence.

Endless numbers of homes destroyed by hurricanes and floods in Texas, Florida, Puerto Rico, Cuba, Barbuda, Dominica, Antigua—some of these areas resemble the blown up buildings, streets filled with rubble and the dazed citizens wandering looking for food and  water just as in the war zones where people in Afghanistan have been enduring U.S. war and destruction for 16 years… and in Iraq for 13 years… and in Syria for 5 years. 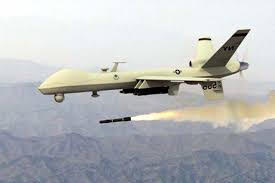 Afghan, Pakistani, Somali, Iraqi and Syrian civilians have been murdered by U.S. killer drones, whose pilots are trained 60 miles from Las Vegas, raining hellfire missiles from above in the same sudden violence from the skies as people in Las Vegas suffered last night.  Death came from different munitions-long-range rifles in Las Vegas and hellfire missiles in the Middle East, but the result was the same: sudden violent death from the skies.

Americans are now face-to-face with the human and environmental violence that many other parts of the world have endured: the ravages of the gun violence of a committed sniper, and the violence of Planet Earth’s environmental war on the frail humans that have been using and abusing her.

Access to guns and gun violence in the United States is out of control. US wars killing people around the world has been the rationale used by some to kill in the United States.  Corporate, Congressional and Trump administration denial of the human impact on our environment and refusal to work to reduce the impact of humanity will fuel even more violent attacks by nature on us.

It’s time for Congress to enact gun control legislation, for US wars to end and we take serious measures to stop further destruction of our climate.

About the Author:  Ann Wright was in the US Army/Army Reserves for 29 years and retired as a Colonel.  She was a US diplomat for 16 years and served in US Embassies in Nicaragua, Grenada, Somalia, Uzbekistan, Kyrgyzstan, Micronesia, Afghanistan and Mongolia.  She resigned from the US government in March 2003 in opposition to the US war on Iraq.