Testing results released this week by the St. Mary’s River Watershed Association and the Maryland Department of the Environment (MDE) indicate high levels of PFAS toxicity in oysters and river water associated with the use of the chemicals  at the Webster Outlying Field of the Patuxent River Naval Air Station (Webster Field)  in St. Inigoes, Maryland. The base is located near the southern tip of St. Mary’s County, MD.

Results show oysters in the river by Church Point and in St. Inigoes Creek contained more than 1,000 parts per trillion (ppt) of the highly toxic chemicals. Oysters were analyzed by Eurofins, a world leader in PFAS testing. The analysis was performed on behalf of the St. Mary’s River Watershed Association and financially supported by Public Employees for Environmental Responsibility,  PEER.

Meanwhile, data released by the MDE  showed levels of PFAS at 13.45 ng/l (nanograms per liter, or parts per trillion) were found in the river water about 2,300 feet west of Webster Field. Based on these findings, the MDE reports, “Results of the PFAS public health risk evaluation for recreational surface water exposure and oyster consumption were very low.” An examination of water contaminated by PFAS at similar levels in other states, however, shows that aquatic life contained high levels of the toxins, due to the bio accumulative nature of the chemicals. 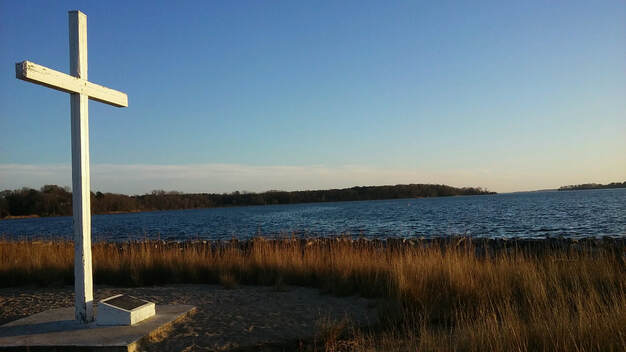 The nation’s leading public health officials warn us not to consume more than 1 ppt of the toxins per day in drinking water. PFAS chemicals are linked to a host of cancers, fetal abnormalities, and childhood diseases, including autism, asthma, and attention deficit disorder. People should not eat these oysters, especially women who may be pregnant.

In Maryland, the responsibility for the sanitary control of oysters is split among three state agencies:  Maryland Department of Environment (MDE), Department of Natural Resources (DNR), and Department of Health and Mental Hygiene (DHMH). These agencies have failed to protect public health while the Trump administration’s EPA has relaxed standards regarding PFAS contamination. When states have sued the Department of Defense for poisoning food and water, the DOD has responded by claiming “sovereign immunity” meaning they reserve the right to contaminate waterways because of national security considerations.

A Closer Look At The Science: Contaminated Oysters 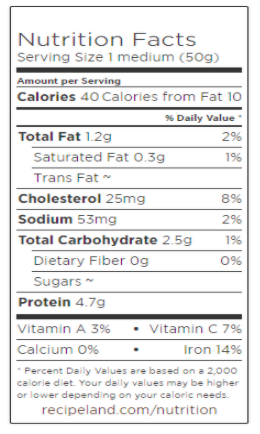 Although the MDE says there’s nothing to fear and Navy officials say there’s no evidence that PFAS contamination had spread beyond its bases, Dr. Kyla Bennett PEER’s Director of Science Policy says the state’s testing was too limited to claim there’s minimal health associated with consuming oysters.

According to the Bay Journal  Bennett said there were shortcomings in the state’s testing that compromised its ability to thoroughly assess health risks. For example, she said, MDE testing “wouldn’t be capable of picking up one particularly troublesome compound even at levels of several thousand parts per trillion. Moreover, she said, the state only tested all its samples for 14 of the more than 8,000 known PFAS compounds.”

“Given that they failed to test for all 36 [PFAS compounds] at all of their sites, given that detection limits by their nature are so high, up to 10,000 parts per trillion, to draw the conclusion that there’s low risk, I think it’s irresponsible,” she said.

Ten oysters from the St. Mary’s River found on a fried oyster platter at a seafood restaurant in the region may contain 500 grams of oysters. If each oyster has 1,000 ppt of PFAS chemicals, that’s the same as 1 part per billion, which is the same as 1 nanogram per gram, (ng/g).

In the pathetic absence of federal and state regulation, we can look to the European Food Safety Authority (EFSA) for guidance, although many public health officials say their PFAS levels are dangerously high. Even so, the Europeans are ahead of the U.S. in protecting public health from the ravages of these chemicals.

The EFSA has set a Tolerable Weekly Intake (TWI) at 4.4 nanograms per kilogram of body weight. (4.4 ng/kg/wk) for PFAS chemicals in food.

The Europeans say we shouldn’t ingest more than 300 nanograms per week of PFAS chemicals, so, one fried oyster platter exceeds that level.  If we abide by the more responsible 1 ppt daily limit championed by the Harvard School of Public Health or the Environmental Working Group, we would be limited to ingesting one St. Mary’s River oyster every two months. Meanwhile, Maryland says the health risks from these oysters is “very low.”

This public health crisis is perpetuated by media outlets that obediently broadcast state and military press releases absent critical analysis. What is the public to think otherwise?  More importantly, who should the public trust?  Harvard’s School of Public Health? the European Food Safety Authority? or the Republican-run Maryland Department of the Environment with a pathetic record of environmental advocacy operating under a defunct EPA?

EFSA says that “fish and other seafood” account for up to 86% of dietary PFAS exposure in adults.  Much of this exposure is caused by the reckless use of firefighting foams on military bases since the early 1970’s.  Food grown from fields covered by PFAS-laden sludge from military and industrial sites, tainted drinking water from the same sources, and consumer products make up much of the remainder of the sources contributing to the public’s ingestion of PFAS.

A Closer Look At The Science: Contaminated Water

The data released by the MDE showing levels of 13.45 ng/l in the St. Mary’s River near Webster Field are most disturbing because they portend massive contamination of all aquatic life in the watershed. The maximum permissible level for PFAS in the European Union is .13 ng/l in seawater.  The levels in the St. Mary’s River are 103 times that level.

In Lake Monoma, Wisconsin, near Truax Field Air National Guard Base, water is contaminated with 15 ng/l of PFAS.  Authorities limit eating carp, pike, bass, and perch to one meal a month, although many health officials say allowing consumption is irresponsible.

In New Jersey, the Echo Lake Reservoir had 24.3 ng/l and the Cohansey River was found to have 17.9 ng/l of total PFAS.  Largemouth Bass were found in the Echo Lake Reservoir containing 5,120 ppt of total PFAS while the Cohansey River had  White Perch containing  3,040  ppt of PFAS. There’s plenty of data available from states that have been far more protective of public health than Maryland.  The point here is that many of these PFAS chemicals are bio accumulative in aquatic life and in humans.

In 2002, a study that appeared in the journal, Environmental Contamination and Toxicology reported on an oyster sample that contained 1,100 ng/g or 1,100,000  ppt of PFOS, the most notorious of the PFAS “forever chemicals.”  The oyster was collected at Hog Point in the Chesapeake Bay,  about 3,000 feet from the runway at the Patuxent River Naval Air Station.  Today, the new report from the MDE that sampled surface water and oysters in the same area for PFAS found “no levels of concern.”