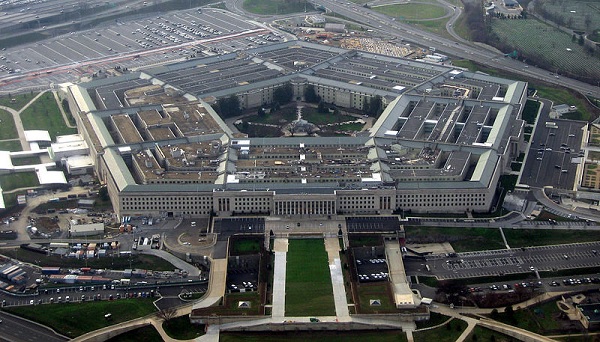 You read that right. $21 TRILLION is unaccounted for, and that would be enough to pay off our national debt entirely and then some.

That’s what Michigan State University economist Mark Skidmore found after he started digging into public documents to find out if the former assistant secretary of Housing and Urban Development Catherine Austin Fitts made a slip of the tongue when she talked about the U.S. Army having $6.5 trillion of unsupported spending in 2015.

This had to be a mistake, he believed, since the Army budget is only $122 billion.

So, Skidmore put together a team, including some graduate students and Fitts, to do the research. And what they found should shock every American into demanding Congress take immediate action to rein in the Department of Defense before they break the bank.

“We know from official government sources that indicate $21 trillion is, in some way, unaccounted for,” Skidmore told USA Watchdog. “Furthermore, if we come back to the Constitution, all spending needs to be authorized by Congress. It looks to me, and I think I can conclude with a high degree of certainty, there is money flowing in, as well as out, that is unaccounted for. . . . That’s the one thing we know from these documents, that there is $21 trillion in unaccounted funds.”

Indeed, the current Pentagon budget authorized by Congress stands at $524 billion. But somehow, the Army spent 13 times that amount in 2015 alone.

And it’s clear that the government didn’t like Skidmore shining a light on all this wasteful spending since they disabled links to the documents he and his team were combing through.

Luckily, Skidmore’s team was able to download and save copies of the documents before the government hid everything from public view. You can view the documents for yourself by clicking here.

Skidmore concedes that there is a black budget, but even that kind of spending is ultimately authorized by Congress, and it certainly would not be in the trillions of dollars. And that’s why he is worried.

“If trillions of dollars are flowing in and flowing out, it appears to be outside of our Constitution and outside of the rule of law. If that is the case, that really is troubling because it suggests that there is a layer of things happening that are outside the rule of law. I know, for example, that some activities, just for the sake of protection of the people involved in national security, have to be black budget. There is always stuff like that. Usually, it’s authorized spending, and some percentage is this black budget where only a small percentage of people and some in Congress know about it, but this is way outside of that. So, I am worried about it.”

Here’s a video of Skidmore explaining his findings via YouTube.

Now, the Defense Department is not wholly responsible for all of this missing money. The Department of Housing and Urban Development has also spent unauthorized amounts of money over the years, and that should also be investigated.

Skidmore’s work has already paid off, however, because it forced the Pentagon to announce that they are conducting the first audit in its history.

This is an issue that should concern every American, and if Republicans are serious about fiscal responsibility, they will launch investigations immediately to find out where this money came from and who is benefiting from it and put a stop to it. Clearly, the Pentagon has some explaining to do.

$21 trillion is enough to cover our entire $19 trillion national debt and close the deficit. The government should only be allowed to spend what Congress approves.

So, the next time Republicans blame our debt on social programs like food stamps and Social Security, remind them that the U.S Army blew $6.5 TRILLION despite having only a $122 billion budget. There’s your wasteful spending right there.