25 Years ago, I Warned Expanding NATO Ranked with the Errors that Led to WWI and II 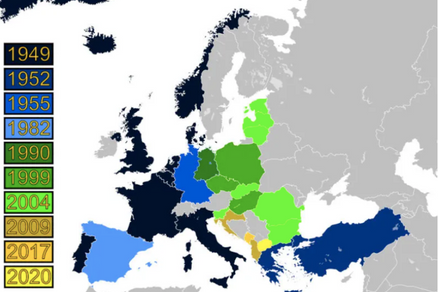 Expanding NATO’s military demarcation point to the very borders of the former Soviet Union was an error which may rank with the strategic miscalculations which prevented Germany from taking its full place in the international system at the beginning of this century.

Paul Keating said these things twenty-five years ago in a major address to the University of New South Wales, 4 September 1997:

“Partly as a result of the reluctance of current members to move faster in expanding EU membership, I believe a great security mistake is being made in Europe with the decision to expand NATO. There is no doubt this was seen by some in Europe as a softer option than EU expansion.

NATO and the Atlantic alliance served the cause of western security well. They helped ensure that the Cold War finally ended in ways which serve open, democratic interests. But NATO is the wrong institution to perform the job it is now being asked to perform.

The decision to expand NATO by inviting Poland, Hungary and the Czech Republic to participate and to hold out the prospect to others – in other words to move Europe’s military demarcation point to the very borders of the former Soviet Union – is, I believe, an error which may rank in the end with the strategic miscalculations which prevented Germany from taking its full place in the international system at the beginning of this century.

The great question for Europe is no longer how to embed Germany in Europe – that has been achieved – but how to involve Russia in a way which secures the continent during the next century.

And there was a very obvious absence of statecraft here. The Russians, under Mikhail Gorbachev, conceded that East Germany could remain in NATO as part of a united Germany. But now just half a dozen years later NATO has climbed up to the western border of the Ukraine. This message can be read in only one way: that although Russia has become a democracy, in the consciousness of western Europe it remains the state to be watched, the potential enemy.

The words used to explain NATO’s expansion have been nuanced, and the dangers have been acknowledged. But however careful the words are, whatever the window dressing of the Permanent NATO-Russia Joint Council, everybody knows that Russia is the reason for NATO’s expansion.

The decision is dangerous for several reasons. It will fuel insecurity in Russia and strengthen those strains of Russian thought, including the nationalists and former communists in the parliament, which are opposed to full engagement with the West. It will make more likely the restoration of military links between Russia and some of its former dependencies. It will make arms control, and especially nuclear arms control, more difficult to achieve.

And NATO expansion will do much less to strengthen the new democracies of eastern Europe than would enlargement of the EU.”