Act Now to Condemn US military strike on Syria! 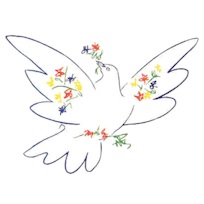 The April 6th U.S. missile attack on the Shayrat Military Airbase, ostensibly done in response to an alleged chemical attack on a village in Idlib province, Syria, is a blatant act of aggression. At least 14 people were killed in the missile strikes, including five soldiers on the base and nine civilians in neighbourhoods surrounding the facility.

Shayrat is one of the largest and most active Syrian Air Force bases, dedicated primarily to fighting ISIS in central Syria and providing aid to besieged civilians in Deir Ezzor.

This unilateral action, taken without any UN Security Council mandate, is an egregious violation of international law which cannot be justified. Indeed, Washington has failed to provide any evidence proving that the Syrian government and its allies were actually guilty of this chemical attack, and before any independent investigation could be undertaken by UN monitoring bodies to determine responsibility for the Sarin gas attack.

The U.S. missile strike significantly escalates the ‘proxy’ war on Syria, precisely at a time when negotiators from both the government and some of the ‘rebel’ sides are in Geneva attempting to achieve a political solution to end the six-year long conflict. More than that, it increases the possibility of a direct military confrontation between the leading nuclear weapons powers – the U.S. and the Russian Federation – which could ignite a much wider regional conflict, not to mention a global thermonuclear war.

This wanton act of war – and the accompanying justifications given by the Trump Administration – confirm without a shadow of doubt that Washington’s true objective in Syria is not to fight terrorism but rather to impose ‘regime change’ on its people, despite its hollow claims to the contrary.

Canada’s role in this deepening Syrian crisis is no less deplorable. While stating that Canada will not take part in any further military attacks on Syria, the Trudeau government has lent its political support to this illegal and dangerous US bombing.

The Canadian Peace Congress unreservedly condemns this aggression, and demands such attacks cease immediately, and that the over 1,000 U.S. ground troops, already in Syria without any sanction or approval from Damascus, be withdrawn. We further demand that the Canadian government reverse its policy, withdraw its support for this brazen and extremely serious violation of international law, and call instead for a lasting political solution to the conflict in Syria. Canada should remove itself from the US-led coalition in Syria & Iraq, end its punishing economic sanctions against Syria, and to re-establish diplomatic relations with Damascus!

Canada must also declare its recognition and respect for Syria’s sovereignty and territorial integrity, end all military flights over Syria (which are to refuel allied warplanes and to identify new targets), and stop selling weapons to countries who are funding and arming the terrorists in Syria. Not least, this should include cancelling the $15 billion arms deal with Saudi Arabia.

We also appeal to all peace organizations and activists, labour, anti-imperialist and international solidarity groups, and peace-loving people across Canada to see through the barrage of imperialist propaganda, and its crass use of the now-discredited “Responsibility-to-Protect” (R2P) doctrine intended to disorient and neutralize organized resistance, and to come together in unity and action against imperialist aggression in Syria.

Hands Off Syria!
Canada Out of NATO!