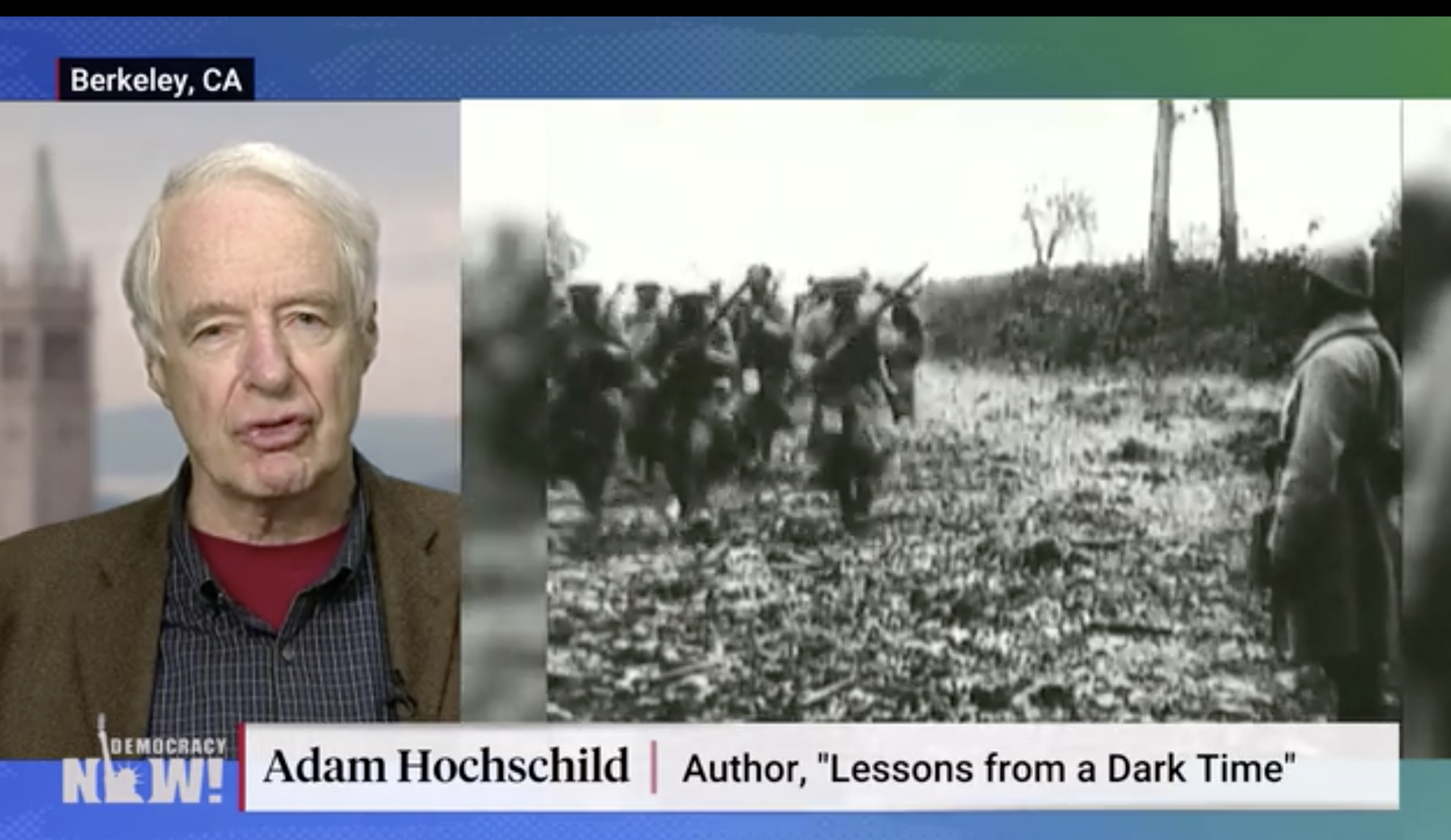 On Armistice Day, Democracy Now’s Amy Goodman interviewed historian Adam Hochschild, author of To End All Wars: A Story of Loyalty and Rebellion, 1914-1918 and King Leopold’s Ghost. Adam Hochschild was a co-founder of Mother Jones magazine. His latest book is Lessons from a Dark Time and Other Essays.