Am I an American Supremacist? 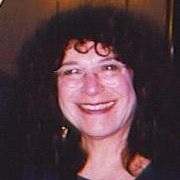 As most everyone knows, white supremacists descended upon my city of Charlottesville, VA, this past weekend, and chaos, violence and tragedy ensued. I’ve been thinking since then about the concept of supremacy and how odious it is–as if one race were purer and better than another, as if one color of skin were of a higher virtue than another.

But it has also crossed my mind that most Americans are American supremacists, thinking that their country is the greatest in the world, believing that America has the wisdom and the right to decide the fate of every other nation in the world, and that those decisions should be based on American interests alone.

The idea of American supremacy is as odious to me as the idea as white supremacy. As American supremacists, we don’t even negotiate with other nations anymore. We impose sanctions and call that diplomacy. Sanctions are a form of force.

As American supremacists, we don’t try to see another country’s point of view. Our message is: Do it in the way that best supports American interests, or else we will crush you economically and militarily.

As American supremacists, Americans believe that we have the right to rule the world. I would say that 800 bases in more than 80 different countries is proof of that. As is the obscene amount spent feeding the military/industrial complex. more than the next 8 nations combined.

We call ourselves Americans, clearly not including Canada, Central and South America in that reference. That’s a form of exhibiting supremacy.

Some of our presidents, such as Reagan, said God gives us the right to rule over all. Jimmy Carter said that whatever happened in the Persian Gulf was vital to American interests, and we had the right to interfere as we saw fit. Jefferson said it was our manifest destiny to have all of the land between the Atlantic and Pacific Oceans. Obama bequeathed a trillion dollars to modernize our nuclear arsenal over the next decade, as if what we have now is not already ridiculously bloated. Both Clinton’s and Trump’s campaign rhetoric was full of American supremacist ideas.

If you think we don’t have much to learn about how other countries handle health care, education, benefits to the poor, infrastructure, arms control, etc. are you an American supremacist?

If you are willing to condone the US going to war whenever and wherever, without finding some way to speak out against that, are you condoning American supremacy?