An Open Letter To Those Who Meet With Mohamed Bin Salman 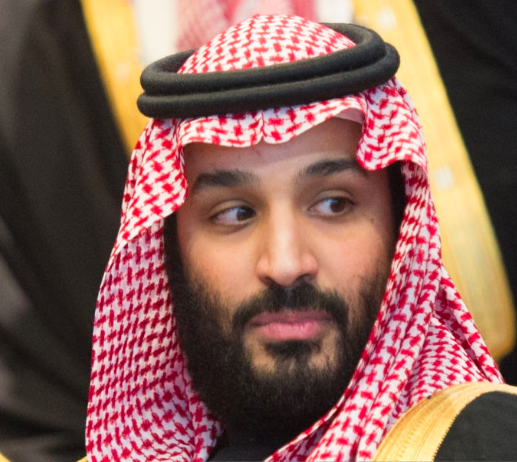 Re: Saudi Arabia is killing civilians in Yemen: Why don’t you speak out?

We, the undersigned professors and civil liberties, human rights, and peace organizations, are writing to express our concern that you did not publicly speak out about Saudi Arabia’s grave human rights violations in Yemen when you met with Saudi Arabia’s Crown Prince Mohamed bin Salman on his recent trip to the United States. 1 As public figures, your activities and statements garner significant attention, and you wield national and global influence. You are uniquely positioned to exercise moral leadership and to help advance the rights of Yemeni civilians by delivering a message that credible allegations of Saudi Arabia’s serious abuses in Yemen will not be ignored.

Saudi Arabia has bombed, killed, and injured numerous civilians, and has been credibly implicated in “widespread violations” of international law, including war crimes.2 Further, by restricting humanitarian access to Yemen, Saudi Arabia has exacerbated what the United Nations has described as the “worst humanitarian crisis in the world,” 3 deepened the world’s worst cholera epidemic, furthered the risk of famine for millions, and contributed to a spiraling economic crisis in the poorest country in the Middle East. The Crown Prince is described as the “architect” and the “face” of Saudi operations in Yemen.

By meeting with the Saudi Crown Prince but failing to raise concerns about Saudi Arabia’s human rights violations in Yemen, you allowed yourself to be instrumentalized in a public relations effort to whitewash Saudi Arabia’s abuses in the war in Yemen. Radhya Almutawakel, a prominent Yemeni human rights leader who has previously addressed the UN Security Council on the issue of Yemen, expressed the disappointment of many when asked about your actions during the Crown Prince’s trip to the US: “Many Yemenis were shocked that these prominent actors and business leaders had met with the Saudi Crown Prince, but failed to speak up about the grave harm Saudi Arabia is inflicting on civilians in Yemen.”

The widespread harms caused by Saudi Arabia’s actions in Yemen have been extensively documented and reported, including by leading Yemeni and international organizations, the United Nations, and the media.5 In late 2017, United Nations Secretary-General Antonio Guterres placed the Saudi-led coalition on a UN “list of shame” for its role in the killing and maiming of children through attacks on homes, schools, and hospitals in the Yemen conflict.6 In 2016, the United Nations High Commissioner for Human Rights, Zeid Ra’ad Al Hussein condemned the Saudi-led coalition’s role in the repeated killing of civilians in Yemen as “possible international crimes,” and found coalition airstrikes to be “responsible for twice as many civilian casualties [in Yemen] as all the other forces put together.”7 The U.N. High Commissioner has also denounced the international community’s failure to call attention to justice and accountability, stating that “the reticence of the international community in demanding justice for the victims of the conflict in Yemen is shameful, and in many ways contributing to the continuing horror.”

Despite Saudi Arabia’s efforts to avoid scrutiny for its abuses,9 credible reports indicate that Saudi Arabia has killed thousands of civilians, including women and children, in disproportionate and indiscriminate airstrikes.10 The Saudi-led coalition has bombed homes, hospitals, funerals, and schools—actions which may amount to war crimes.11 Saudi Arabia has also severely restricted the entry into Yemen of humanitarian aid and vital fuel and food imports.12 The United Nations has reported that the Saudi-led coalition’s access and movement restrictions in Yemen have had a devastating impact on the “availability of goods and services and their accessibility by the civilian population,” leaving many Yemenis without the ability to purchase “medicine or food, even where they were available,” circumstances which have “accelerated the spread of cholera and other diseases and increased the risk of famine.”

Your meeting with the Crown Prince was part of Saudi Arabia’s well-organized public relations tour of the United States. The meeting helped to create significant and positive press coverage for the Crown Prince and Saudi Arabia. There was no media coverage of any concerns raised by you with the Crown Prince or publicly about Saudi Arabia’s harmful actions in Yemen. For example, the media has reported Adam Aron (Chief Executive of American Multi-Cinema), 14 actor Dwayne “the Rock” Johnson,15 and Rick Licht (CEO of Hero Ventures),16 each openly praising the Crown Prince, but there is no mention of them publicly raising or questioning Saudi abuses and conduct in the war in Yemen. Reportedly, the topic of the “bombing campaign in Yemen” was “off-limits” at a dinner for the Crown Prince hosted by Brian Grazer (film and television producer) and attended by Jeff Bezos (CEO, Amazon), Kobe Bryant (former professional basketball player), and Ron Howard (film director).

Your failure to speak out publicly against Saudi Arabia’s human rights violations in Yemen stands in stark contrast to the actions of other leaders in the United States. For example, Eric Garcetti, the Mayor of Los Angeles “raised his concerns about human rights and the ongoing humanitarian crisis in Yemen” in his meeting with the Crown Prince.

By ignoring Saudi abuses in Yemen, you missed a valuable opportunity to pressure the Saudis to bring an end to the war and improve the desperate situation of civilians in Yemen. And you have sent a damaging message to Saudi Arabia, the international community, and the Yemeni people that violations of human rights and the laws of war will be met with dinners and parties rather than scrutiny, accountability, or concern—a message that must be corrected. As a leader in the United States, it is especially important that you raise concerns about Saudi Arabia’s abuses given the central role the United States has played in the war by providing essential political, economic, and military support for the Saudi-led coalition’s campaign in Yemen, 19 to such an extent that the United States itself is implicated in Saudi abuses.

We urge you to publicly express concern for the actions of Saudi Arabia in Yemen, and to call on Saudi Arabia to respect international law and to work towards a peaceful resolution of the conflict.

Americans for Democracy and Human Rights in Bahrain

SoulsMarch United for Peace and Justice