Banned: MWM Too ‘Aggressive’ for the Merchants of Death But We Won’t Shut Up 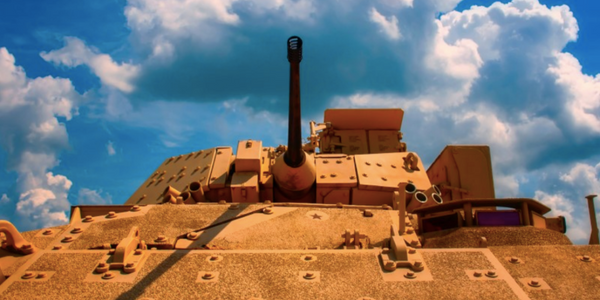 There is zero transparency when it comes to Australian weapons exports. Image: Unsplash

When our governments let slip the dogs of war, there will be benefits for a bunch of extremely well-connected brothers (and sisters) in armaments. Callum Foote reports from as close as possible on the networking opportunities being taken by Australia’s weapons merchants.

In the days when Queensland police had free rein to stave in the heads of protesters, the great Australian rock band The Saints renamed Brisbane ”security city”. That was in the turbulent 1970s. Now the city has earned the nickname again as it hosts a conference from some of the world’s most prominent war profiteers.

You’ve probably never heard of it but today, the weapons expo Land Forces began its three-day conference in Brisbane. Land Forces is a collaboration between one of Australia’s largest defence lobby groups and the Australian Army itself. This year it is supported by the Queensland government.

Michael West Media will not be reporting from the conference floor. The organisers behind Land Forces, the Aerospace Maritime Defence and Security Foundation (AMDA) have deemed MWM ‘s coverage of arms dealers as too “aggressive” to be permitted entry, according to head of industry and corporate communications Phillip Smart.

The ABC and the News Corp broadsheet The Australian are in attendance however, among other media outlets.

Land Forces is a biennial three-day weapons expo designed to give Australian and multinational weapons makers a chance to network.

The expo is intricately linked with the Department of Defence, with the Australian Army being one of two key stakeholders, the other being AMDA itself. AMDA was originally the Aerospace Foundation of Australia, founded in 1989, with the express purpose of organising air and arms shows in Australia.

AMDA is as highly connected with Australia’s fledgling military-industrial complex as is possible for an organisation. Its board is stacked with military heavyweights, chaired by Christopher Ritchie, a former vice admiral who served as the Australian chief of navy from 2002 to 2005.

He is also the chairman of ASC, the Australian government submarine manufacturer and has previously been a director of Lockheed Martin Australia. Ritchie is joined by Vice Admiral Timothy Barrett, another former chief of navy, 2014-18.

The vice admirals are accompanied by Lieutenant General Kenneth Gillespie, the former chief of army who now chairs the weapons industry-funded think tank ASPI (the Australian Strategic Policy Institute) and on the board of Naval Group, the French submarine manufacturer. Naval Group, which was snubbed from building Australia’s newest submarines by Scott Morrison earlier this year, has received close to $2 billion in federal government contracts in the past decade.

The former chiefs of the Australian Navy and Army are complemented by Air Marshal Geoff Shepherd, chief of air force from 2005 till 2008. The board also boasts Paul Johnson, the former CEO of Lockheed Martin Australia, and a former mayor of Geelong, Kenneth Jarvis.

Perhaps unsurprisingly, the Australian Army is a key stakeholder alongside the AMDA Foundation itself. Other major industry sponsors are Boeing, CEA Technologies and firearms company NIOA with small sponsorships coming from a veritable battalion of weapon makers or service providers, including Thales, Accenture, Australian Missile Corporation consortium, and Northrop Grumman.

Disrupt Land Forces is a collective in its second year made up of First Nations, West Papuan, Quaker and other anti-war activists and intends to peacefully protect and disrupt the expo.

Margie Pestorius, an activist with Disrupt Land Forces and Wage Peace explains: “Land Forces and the Australian government sees companies which already have tentacles across the globe, and invite them to Australia with the promise of money. The purpose of this is to fit Australia into the global defence supply chain. Using Indonesia as a case study, Rheinmetall has made an arrangement with the Indonesian government and Indonesian government-owned weapons maker Pindad to export mobile weapons platforms. Setting up a massive factory in western Brisbane for this purpose.”

Brisbane is a hot bed of international weapons makers, hosting offices from German Rheinmetall, American Boeing, Raytheon and British BAE among others. Queensland Premier Annastacia Palaszczuk ensured the staging of the expo to Brisbane, perhaps a return on investment.

Australia’s weapons export industry already tops $5 billion per year according to the Department of Defence. This includes french weapon manufacturer Thales facilities in Bendigo and Benalla which have produced $1.6 billion of exports from Australia in the past ten years.

The conference has attracted significant political attention from politicians hoping to court these international weapons makers, such as Liberal senator David Van, who is attending the Land Forces Conference as a member of parliament’s Defence Committee.

However, the opposite is true with Greens’ senator David Shoebridge addressing protesters outside the convention centre this morning before attending the expo itself in protest. “War might frighten the rest of us, but for these multinational arms manufacturers with their goods on display it’s literally like striking gold,” Shoebridge said in a speech to protestors on the steps of the Brisbane convention centre.

“They use our fear, and at the moment fear from the conflict in Ukraine and fear of conflict with China, to make their fortunes. The whole purpose of this industry is to win multibillion-dollar government contracts from increasingly sophisticated ways of killing people — it’s a twisted, brutal business model on display, and it’s time more politicians stood with peace activists to call it out”.