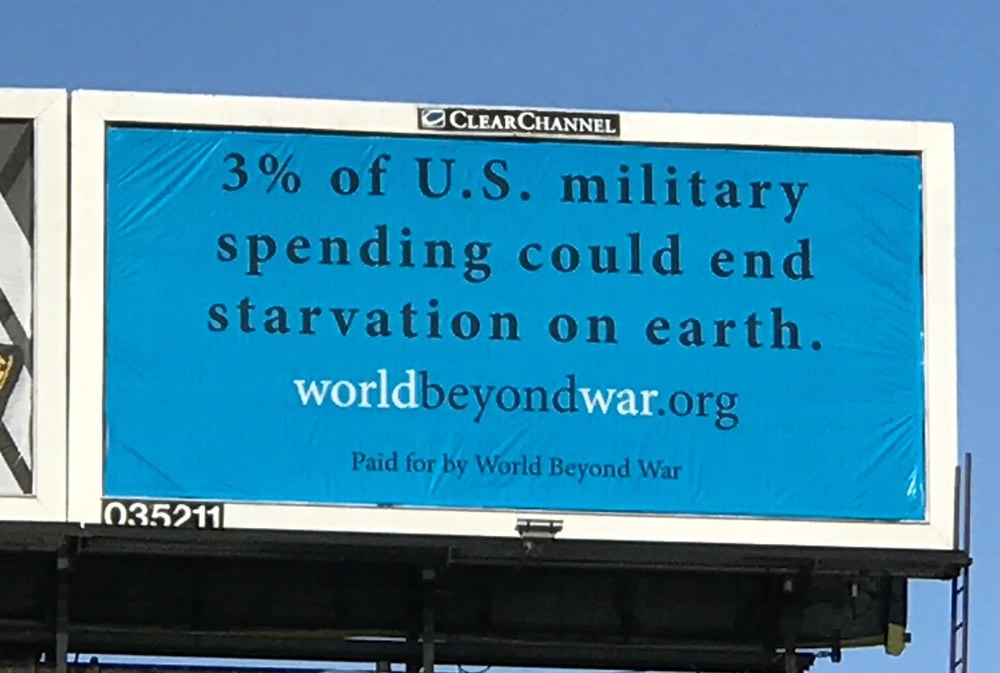 The nonprofit organization World Beyond War has put up a billboard in Baltimore stating that “3% of U.S. military spending could end starvation on earth.” Of course, a much smaller percentage could heat Baltimore schools, where students are attending classes in unheated rooms.

World Beyond War and several other organizations are planning a rally on January 12 and a conference January 12 to 14 in Baltimore on the subject of closing U.S. foreign military bases, a move that would save enough money to end starvation on earth and take on several other major projects as well. See: http://noforeignbases.org

The billboard is visible from major highways but also from an encampment where people are living in tents in the bitter cold.

The 3% calculation is determined as follows: 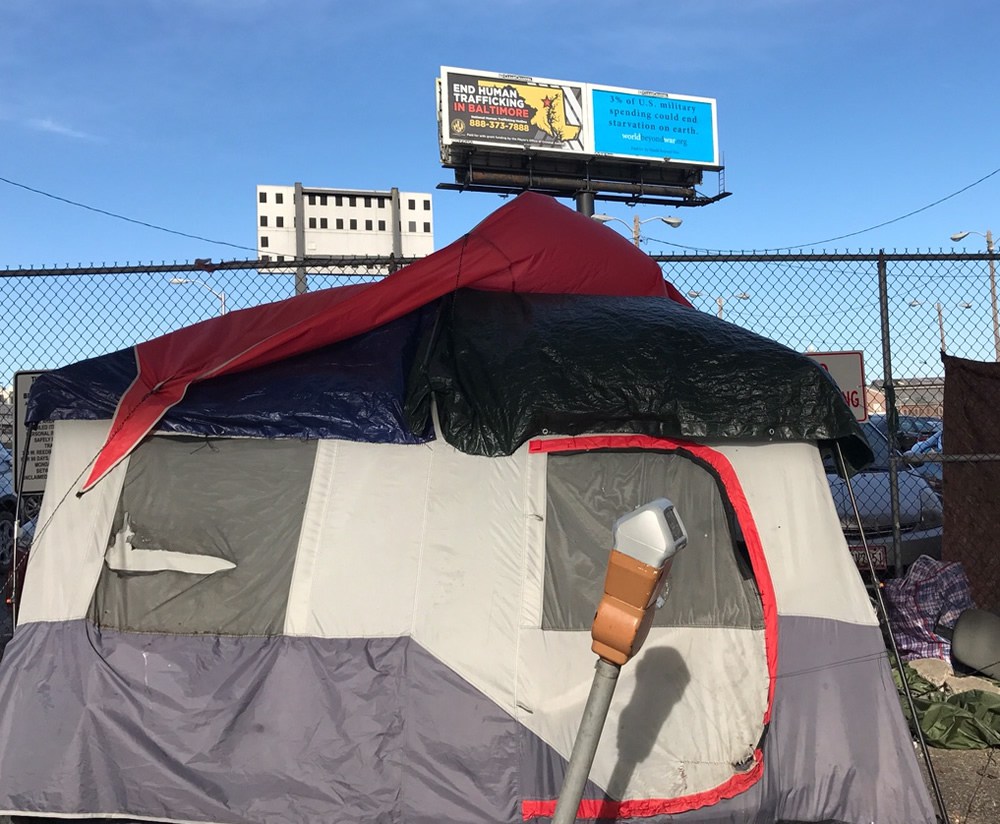 In 2008, the United Nations said that $30 billion per year could end hunger on earth, as reported in the New York Times, Los Angeles Times, and many other outlets. The Food and Agriculture Organization has not updated that figure since 2008, and has recently told us that such figures do not require much updating. In a separate report, most recently published in 2015, the same organization provides a figure of $265 billion as the cost per year for 15 years to permanently eliminate extreme poverty, which would eliminate starvation and malnutrition — a broader project than just preventing starvation one year at a time. The FAO’s spokesperson informed us in an email: “I think it would be incorrect to compare the two figures as the 265 billion has been calculated taking into consideration a number of initiatives including social protection cash transfers aimed at extracting people from extreme poverty and not just hunger.”

So, 3% of U.S. military spending could end starvation on earth.

U.S. military bases in other people’s countries cost the United States at least $100 billion per year. With that kind of money, we could end starvation and the lack of clean drinking water globally, make college free in the United States, and start a major shift to clean sustainable energy.

From January 12 to 14, 2018, scholars and activists from around the United States, as well as people from countries impacted and displaced by U.S. bases abroad, will gather at the University of Baltimore for a conference on U.S. Foreign Military Bases, with a focus on how to close them. Events will be livestreamed.

The conference will be preceded by a public rally at 3 p.m. on Friday, January 12. Location: Centre and N. Charles Streets (One block south of Washington Monument).

The Coalition Against U.S. Foreign Military Bases is a brand new coalition forming in the United States and building alliances abroad. Its coordinating committee can be found here. These groups have endorsed the conference: