Premiums Available to Monthly Sustainers of World BEYOND War

War No More: The Case for Abolition, by David Swanson, signed by author.
This book by David Swanson, with a foreword by Kathy Kelly, presents what numerous reviewers have called the best existing argument for the abolition of war, demonstrating that war can be ended, war should be ended, war is not ending on its own, and that we must end war.

Shift: The Beginning of War, the Ending of War, by Judith L. Hand, signed by author.
I hold deep admiration for the great pioneering work of Dr. Judith Hand for a world without war….Shift: The Beginning of War, The Ending of War explains “Why?” and “How?” — Mairead Maguire, Nobel Peace Laureate.  Evolutionary biologist Judith Hand marshals knowledge from biological, cultural, and political sciences to argue persuasively that now is the time to extinguish the fires of war. — Douglas P. Fry, Ph.D. – Author: Beyond War: The Human Potential for Peace.  On a level with Rachel Carson’s Silent Spring….essential reading for anyone interested in the possibilities of peace. — Sean English, Ph.D., Author: The Collapse of the War System.  In Shift, Judith Hand has written a book for the ages. — Clarence “Sonny” Williams, Sr. Executive, Commercial Insurance Industry

The Art of Waging Peace, by Paul Chappell.
West Point graduate Paul K. Chappell offers new and practical solutions in this pioneering book. By sharing his own personal struggles with childhood trauma, racism, and berserker rage, Chappell explores the anatomy of war and peace, giving strategies, tactics, and leadership principles to resolve inner and outer conflict. Chappell explains from a military perspective how Gandhi and Martin Luther King Jr. were strategic geniuses, more brilliant and innovative than any general in military history, courageous warriors who advanced a more effective method than waging war for providing national and global security. This pragmatic and richly instructive book shows how we can become active citizens with the skills and strength to defeat injustice and end all war.

War Is A Lie, by David Swanson, signed by author.
This is a widely praised best-selling classic. “There are three insightful books I’ve read that explain how and why no good can come of the current U.S. reliance on military force and war in seeking its desired ‘Pax Americana’: War Is A Racket by General Smedley Butler; War Is A Force That Gives Us Meaning by Chris Hedges, and War Is A Lie by David Swanson.” — Coleen Rowley, former FBI special agent, whistleblower, and Time magazine person of the year.

Transition To Peace: A Defense Engineer’s Search For An Alternative To War, by Russ Faure-Brac.
Russell Faure-Brac contends war is not a necessary evil; there are more effective and rational ways for a country to defend itself. In this analysis, Faure-Brac examines where world peace stands now and how it relates to the rapidly changing world. He combines the nonviolent power of Mahatma Gandhi and Martin Luther King; the concept of Peaceful Warriorship as found in the martial arts of Aikido and Ninjutsu; and the Permaculture ideas of Earth Care, People Care, and Faire Share to form the basis for peace programs and three peace principles that he proposes as a new national security policy. Faure-Brac then lays out a plan for making the changes.

Look Not Unto the Morrow, by Robert Fantina, signed by author.
Innocence shattered and ultimate redemption are portrayed against the backdrop of the Vietnam War and the turbulent sixties. The story follows the lives of three young people as they experience love and war. Roger Gaines is the promising young college student, drafted into the army and traumatized by his experiences in basic training and Vietnam. Pam Wentworth is the loving girlfriend he leaves behind, who evolves from naive college student, to political activist, to radical anarchist. Michelle Healy is the young woman Roger meets when he returns home, who loves him unconditionally when he can no longer love himself. “I recommend to anyone with an interest in the Vietnam War era.” — Former senator and presidential candidate George McGovern.

When the World Outlawed War, by David Swanson, signed by author.
This book was named by Ralph Nader as one of the six books everyone should read. A forgotten story from the 1920s of how people created a treaty to ban all war — a treaty still on the books but not remembered.

Empire, Racism and Genocide: A History of U.S. Foreign Policy, by Robert Fantina, signed by author.
In its entire history, there has been very little time when the United States has been at peace. As it wages its many wars and “interventions”, the stated goal is always something few people could argue with: fostering democracy when a struggling people are resisting tyranny, removing threats to U.S. security, or punishing a cruel dictator for unspeakable misdeeds. Yet on closer scrutiny, these reasons are seldom valid. Empire, Racism & Genocide: A History of U.S. Foreign Policy looks at U.S. history from shortly before the American Revolution, up to the present time, and details the U.S. government’s true motivations for its ongoing, deadly war machine.

Drone Warfare: Killing by Remote Control, by Medea Benjamin, signed by author.
Drone Warfare is the first comprehensive analysis of one of the fastest growing—and most secretive—fronts in global conflict: the rise of robot warfare. In 2000, the Pentagon had fewer than fifty aerial drones; ten years later, it had a fleet of nearly 7,500, and the U.S. Air Force now trains more drone “pilots” than bomber and fighter pilots combined. CODEPINK and Global Exchange cofounder Medea Benjamin provides the first extensive analysis of who is producing the drones, where they are being used, who controls these unmanned planes, and what are the legal and moral implications of their use.

Addicted to War: Why the U.S. Can’t Kick Militarism, by Joel Andreas.
Hard-hitting, carefully documented and heavily illustrated, this book reveals why the United States has been involved in more wars in recent years than any other country. Read Addicted to War to find out who benefits from these military adventures, who pays—and who dies. Over 120,000 copies of the previous edition are in print. This new edition is substantially reworked and fully updated through the War in Iraq. “A witty and devastating portrait of U.S. military policy.”—Howard Zinn

Dissent: Voices of Conscience, by Ann Wright, Susan Dixon, Daniel Ellsberg.
During the run-up to war in Iraq, Army Colonel (Ret.) and diplomat Ann Wright resigned her State Department post in protest. Wright, who had spent 19 years in the military and 16 years in diplomatic service, was one among dozens of government insiders and active-duty military personnel who spoke out, resigned, leaked documents, or refused to deploy in protest of government actions they felt were illegal. In Dissent: Voices of Conscience, Ann Wright and Susan Dixon tell the stories of these men and women, who risked careers, reputations, and even freedom out of loyalty to the Constitution and the rule of law.

Stop the Next War Now: Effective Responses to Violence and Terrorism, by Jodie Evans, Medea Benjamin, Arundhati Roy and Alice Walker.
Stop the Next War Now is a reflective look and call to action to end violence, by acclaimed peace activists, experts, and visionaries, including Eve Ensler, Barbara Lee, Arianna Huffington, Janeane Garafalo, Nancy Pelosi, Maxine Hong Kingston, and many more. The book shares expert insight on the issues and powers-that-be that encourage war, including the media, politicians, and global militarization. A powerful, smart, and passionate work, this book aims to educate and reflect on the effectiveness of peace movement activities and offer hope—through shared ideas, action steps, and checklists—to transform a culture of violence to a culture of peace. Stop the Next War Now insists that the time is ripe for the first-ever global movement to put an end to war—and tells readers what they can do about it.

The Nobel Peace Prize: What Nobel Really Wanted, by Fredrik Heffermehl.
The Nobel Peace Prize is the world’s most coveted award, galvanizing the world’s attention for 110 years. In recent decades, it has also become the world’s most reviled award, as heads of militarized states and out-and-out warmongers and terrorists have been showered with peace prizes. Delving into previously unpublished primary sources, Fredrik Heffermehl reveals the history of the inner workings of the Norwegian Nobel Committee as it has come under increasing political, geopolitical, and commercial pressures to make inappropriate awards.

Women, Power, and the Biology of Peace, by Judith L. Hand, signed by author.
Four millennia of recorded history seem to prove beyond question that war is inevitable. This book refutes that conclusion. It explains the biological basis of war and describes essential and achievable steps needed to foster lasting peace. It presents a fresh, unique approach that rests not on armchair philosophy or wishful thinking but on a solid biological foundation. Using fields as diverse as anthropology, primatology, social history, neurophysiology, and biology, evolutionary biologist Dr. Judith Hand builds a convincing argument for the role women must play in partnership with men to convert the dream of a peaceful future into reality.

They Were Soldiers: How the Wounded Return from America’s Wars: The Untold Story, by Ann Jones.
After the American invasion of Afghanistan in 2001, Ann Jones spent a good part of a decade there working with Afghan civilians—especially women—and writing about the impact of war on their lives: the subject of Kabul in Winter (2006). That book revealed the yawning chasm between America’s promises to Afghans and its actual performance in the country. Meanwhile, Jones was pondering another evident contradiction: between the U.S. military’s optimistic progress reports to Americans and its costly, clueless failures in Afghanistan as well as Iraq. In 2010-2011, she decided to see for herself what that “progress” in Afghanistan was costing American soldiers. She borrowed some body armor and embedded with U.S. troops.

Living Beyond War: A Citizens Guide, by Winslow Myers.

Building a Peace System by Robert Irwin, signed by the author.

Civilization is Possible,  by Blase Bonpane, signed by the author.
Radio commentaries and interviews directed to the formation of an international peace system, 2008.

Common Sense for the Twenty-first Century, by Blase Bonpane, signed by the author.
Radio commentaries and interviews directed to the formation of an international peace system), 2004.

Guerrillas of Peace On the Air, Blase Bonpane, signed by the author.
Radio commentaries, reports and interviews which promote the ideology of peace), 2002.

Guerrillas of Peace, Liberation Theology and the Central American Revolution, by Blase Bonpane, signed by the author.
Third Edition, 2000.

The End of War by John Horgan, signed by the author. 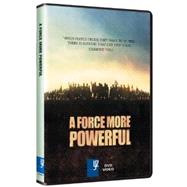 Or you can choose a DVD: A Force More Powerful – stories of powerful nonviolent movements which have helped change history.