Canada is uncomfortably allied with the torturers of the new Iraq

Warning: This column contains graphic descriptions of violence that some readers might find disturbing 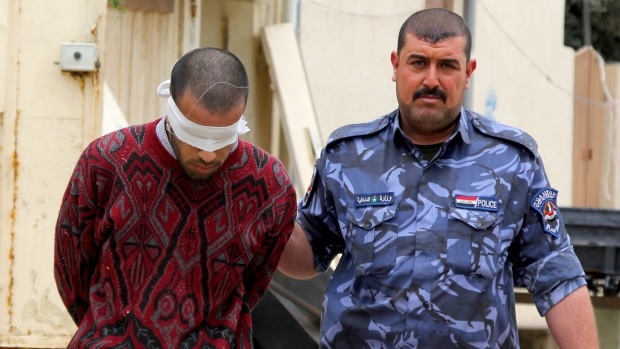 Under Saddam Hussein, the minority Sunni elite terrorized the Shia majority, using just the sort of casual torture practiced by the Emergency Response division. Now the Shia are in charge, and ISIS is the devil, and clearly, any Sunni is a legitimate suspect. (Derek Stoffel/CBC)

Rather courageously, sometime late last year during the battle for Mosul, an Iraqi photographer named Ali Arkady decided to do something media in the Arab world almost never do: rather than use his camera to lionize the soldiers with whom he was embedded, he began documenting their taste for rape, torture and murder.

The results are now available on the website of the Toronto Star, which, rather courageously, has done something Western newspapers very seldom do: rather than pander to the sensibilities of its most fragile readers, the Star has laid out — without blurring or digitizing or coy last-moment cutaways — the predations of an American-trained, coalition-equipped Iraqi unit, an elite team that is supposed to represent the new Iraq.

As the Star puts it, these men are “soldiers that Canada and its more than 60 coalition partners have designated the good guys in the battle against … ISIS.”

As it turns out, the unit, titled the Emergency Response Division, or ERD, is indeed a manifestation of the new Iraq: Shia-dominated, utterly indifferent to the notion of war crimes or rule of law, and apparently just as savage as their famously savage ISIS enemies.

Arkady’s camera shows members of the unit, one with a huge Shia tattoo on his biceps, dispassionately working on the bodies of prisoners, tearing shoulders loose from sockets, probing inside mouths for tender spots to crush, applying live wires to flesh and knives beneath ears, beating a howling, suspended prisoner like a pinata.

It is unclear whether the “interrogations,” which tend to leave the subject dead, are about eliciting actionable intelligence or simply inflicting pain and death.

“Both,” says Star reporter Mitch Potter, who flew to Europe this spring and interviewed Arkady.

In one video supplied to the Star by Arkady, a member of the ERD unit stands in an open door, hefting a club, the bodies of two recently interrogated prisoners prone behind him.

“We crushed them,” he brags to the camera. “This is revenge for all the Iraqi mothers.” 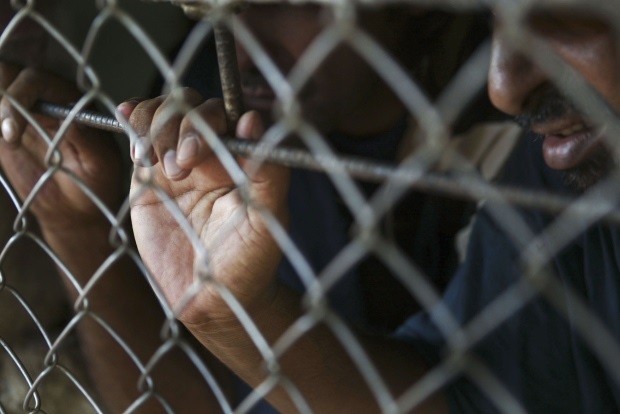 Now the Shia are in charge, and ISIS is the devil, and clearly, any Sunni is a legitimate suspect. (Joe Raedle/Getty Image)

Potter and I were both stationed in the Middle East at the same time, and both spent time in Iraq, where you learn quickly that tribalism is the only governmental arrangement that counts, and revenge is the purest of fuel.

Under Saddam Hussein, the minority Sunni elite terrorized the Shia majority, using just the sort of casual torture practiced by the ERD. Now the Shia are in charge, and ISIS is the devil, and clearly, any Sunni is a legitimate suspect.

The leader of the ERD unit, Capt. Omar Nazar, in fact boasts that he can tell within 10 minutes who is ISIS and who isn’t. He needs no evidence.

Nazar seems happy to advertise his brutality. His unit actually gave Arkady a video of a blindfolded suspect, shrieking in terror, being shot repeatedly as he scrabbles through the desert scree. The Star published it.

The man was ISIS, says Nazar: “He is not human.” Not being human, of course, the prisoner was entitled to no human rights.

Oh, and then there’s rape as a weapon.

In another image supplied by Arkady, the ERD team hustles a man out of his bedroom in the middle of the night, his terrified wife and child looking on. There is also a video, taken after the man is removed, and an ERD member has re-entered the bedroom and closed the door. When he emerges, the wife’s keening audible in the background, he’s asked, “What did you do?”

“Nothing,” he replies. “She’s menstruating.”

“And there’s a ton of stuff we didn’t use,” says Potter, who was given the job of verifying, to the extent possible, the material Arkady supplied.

Contacted this week by ABC News, which also published much of the footage, Capt. Nazar said he welcomes the publicity. He’s already a hero in Iraq for his exploits, he said, and this will only make him more beloved.

As an old Middle East hand, Potter is unsurprised at the routine use of vicious torture. Shia death and torture squads were constantly uncovered by U.S. occupation authorities following the invasion of Iraq in 2003.

The sting of the story is that the torturers seem to have been absorbed into a military force that is Canada’s ally (although Canadian authorities are at pains to deny any contact with ERD).

Which leads to the question of Ali Arkady.

He is at present on the run in Europe with his family, being sheltered by sympathizers, supported by VII Photo, a U.S.-based effort to pair neophyte news photographers in conflict zones with experienced Western mentors.

Sanctuary in the United States is unlikely, especially given President Donald Trump’s view that torture is a great idea that works really well and the fact that Arkady has effectively embarrassed a U.S.-trained ally.

But Canada is a possibility. Arkady has been offered a chair at the University of British Columbia’s Global Reporting Centre.

All that requires is a visa for Arkady, his wife and his four-year-old daughter. The Star is pursuing that with the Canadian government, says Potter.

No luck so far.

Neil Macdonald is an opinion columnist for CBC News, based in Ottawa. Prior to that he was the CBC’s Washington correspondent for 12 years, and before that he spent five years reporting from the Middle East. He also had a previous career in newspapers, and speaks English and French fluently, and some Arabic.

This column is part of CBC’s Opinion section. For more information about this section, please read this editor’s blog and our FAQ.