Canada’s Military in 2022: Friend or Foe 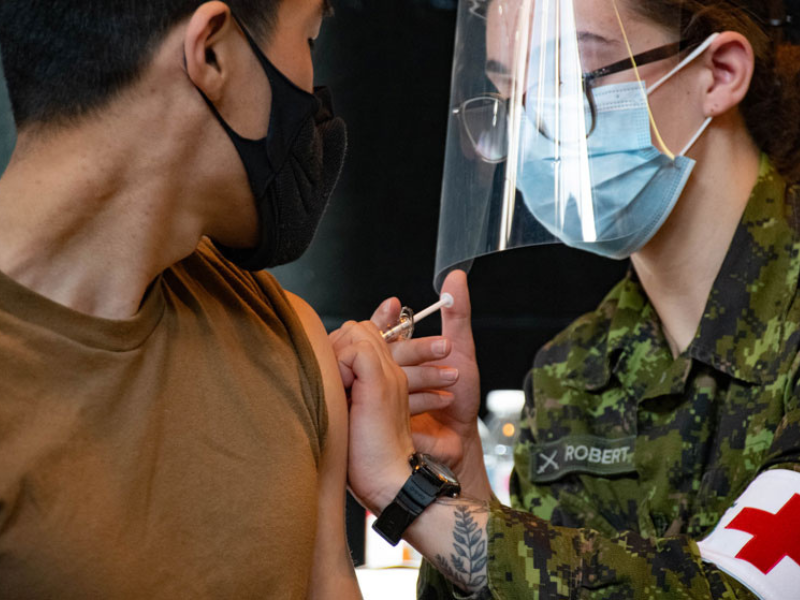 I wrote a letter to CBC Radio One’s The Current on October 4, 2022. To give a sense of what I was responding to, I have copied the first two paragraphs from The Current’s website. The full transcript is at https://www.cbc.ca/radio/thecurrent/thursday-october-4-2022-full-transcript-1.6605889 This is the third item in the transcript.

“The host Matt Galloway introduced the item with, “In the wake of a devastating storm in Atlantic Canada, the Canadian military was brought in to assist in the cleanup. That call has been the default action in many similar situations. And the chief of the Defence Staff now wonders about the overall readiness of the armed forces.”

“The Canadian army now finds itself helping out with things like vaccine rollouts and disaster response — raising questions about whether such tasks distract from the overall readiness of the country’s armed forces. We talk to Stephen Saideman, director of the Canadian Defence and Security Network and a professor at Carleton University; Kerry Buck, former Canadian ambassador to NATO; and David Bercuson, director emeritus of the University of Calgary’s Centre for Military and Strategic Studies.”

To Matt Galloway, host of CBC Radio One’s, The Current:

I am very disturbed at the assumptions made by your guests this morning, that Canada must have an armed military. According to one guest, David Bercuson, the Canadian military is “for the purpose of killing people and breaking things.” These words seem like the response of a reptile brain. Don’t we think at a higher level than that? If there must be a military its purpose should be to protect people or citizens who are being oppressed by some other armed force.

Bercuson also spoke of the need to “recruit large numbers of young people.” Stephen Saideman added the need to recruit women, “which are 50% of our population”. Why is it always assumed that it is the young people who are required to kill and die when it is the aged leaders who plan for and call for wars? It is time for older political leaders to stop counting on the young people to fight their wars. In Russia for example, 200,000 mostly young people are fleeing Russia in order to avoid being conscripted into a war that no-one except the leader wants. Young people do not want to kill and be killed in the out of date institution of war.

Bercuson talked about the Canadian military being 10,000 people below strength and the need for Canada to have a larger army to be prepared to fight somewhere. This is out of date thinking. As we see in Ukraine, traditional warfare which is deadly to so many civilians, may lead to a nuclear exchange which could lead to a holocaust and the end of life on Earth.

Saideman even described Canada’s NATO ‘mission’ in Afghanistan as an example that could attract young people who desire excitement in their lives, despite the obvious failure of military action to bring peace and ending in unacceptable numbers of Afghan civilian deaths plus the deaths of young Canadian and other NATO men and women.

Saideman suggested that in the U.S. there is a Federal Emergency Management Agency (FEMA) which we don’t have. The provinces can just call on the military in times of emergency which they don’t have to pay for. The implication is that we do need our own unarmed civil emergency public safety organization rather than an armed force.

Our enemy is not human beings in other countries, it is now the fallout from the climate catastrophe. Yes, let us have an unarmed civil emergency body of our young people to help citizens with the climate disasters that are now a part of our lives.