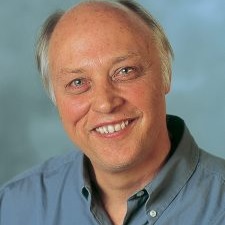 “Numerous foreign-born individuals have been convicted or implicated in terrorism-related crimes since September 11, 2001.”

As Donald Trump sets out to “protect America,” I dedicate the words of his explosively controversial proclamation banning people from seven Muslim-majority countries from entering the United States, to one of his supporters: Alexandre Bissonnette, the white nationalist Canadian who shot up a mosque in Quebec City a few days ago, murdering six people and injuring eight others.

Bissonnette is the latest native-born lost soul who figured out how to combine a simmering hatred for a preselected “enemy” with guns and ammo and set out to save the world. He won’t be the last. He’s part of a burgeoning North American tradition of mass murder that is fed by racism, war, fear and guns — a tradition the American government happily exploits but is clueless on how to address effectively.

“Deteriorating conditions in certain countries due to war, strife, disaster, and civil unrest increase the likelihood that terrorists will use any means possible to enter the United States,” Trump’s executive order continues. “The United States must be vigilant during the visa-issuance process to ensure that those approved for admission do not intend to harm Americans and that they have no ties to terrorism.”

Trump’s executive order, though unprecedentedly reckless (this, of course, is the Trump brand), is nevertheless in sync with the behavior of past administrations, which in various ways have set about “protecting” the country by edict, force and moral righteousness. That is to say, they have refused to look inward, instead blaming the country’s problems on “the enemy.”

In its shoddy recklessness, the Trump ban has generated unprecedented defiance from the U.S. judicial system and protests from concerned citizens across the country. Hallelujah for that. I continue to believe that the hope this new, non-elected administration offers to the country and the future is its ongoing, unintentional exposure of what we have always done wrong. Awareness is the precondition for change.

And the executive order has been subjected to devastating critiques: “The order is a priceless recruiting tool for ISIS and similar movements, because it so easily fits their narrative that the United States is the enemy of all Muslims,” David A. Martin writes at Vox. Trump has set about to create consequences that are the opposite of what he says he’s doing.

Furthermore, foreign-born terrorists are, in any case, virtually the least of America’s security problems. The killings that permeate the country are almost entirely domestic in nature. Focusing on an outside enemy is sheer, blatant avoidance of reality. And the seven countries whose residents have been banned — Iraq, Syria, Iran, Sudan, Libya, Somalia and Yemen — have not been the home to anyone implicated in a terrorist act on U.S. soil.

As the New York Times reports, Most of the 9/11 hijackers “were from Saudi Arabia. The rest were from the United Arab Emirates, Egypt and Lebanon. None of those countries are on Mr. Trump’s visa ban list.” However, as a number of observers have pointed out, either Trump himself or members of his administration have business ties to many of the exempted countries. What a coincidence.

So the Trump presidency will be one of testosterone-spewing righteousness, perhaps quietly comingled with business interests. Outrageous as this is, what bothers me the most about his actions so far, with the Muslim ban being perhaps the most blatant, is their same old, same old quality. Trump is just another powerful fool declaring to his people who the enemy of the moment is.

And finally it comes down to this: When you create enemies, you create hell.

To wit: “Of the victims, he said, ‘They prayed beside us and they were shot in the back because they prayed.’”

This is a co-founder of the Quebec City mosque, quoted in the New York Times. Why am I suddenly reminded of Dylann Roof, who two years ago murdered nine members of the Emanuel African Methodist Episcopal Church in Charleston, S.C., after having sat for an hour with his victims in prayer? Indeed, they had welcomed him into the church that evening.

American mass murders have increased exponentially since the 1960s (and have now, apparently, crossed the border into Canada). If, as has been the case on a few occasions, the killer has an Arab name, the crime is quickly labeled an act of terrorism and the killer’s possible ties to nefarious organizations are hunted down. But if the killer is just an ordinary American (most likely, a white guy), he’s gauged to be a loner, acting on his own, utterly free of context.

But this is never the case: The motive for mass murder — the killing of strangers en masse — is always the same as the motive for war: to get rid of symbolic representatives of “the enemy,” whether the enemy is the personal concoction of a troubled mind or the collective creation of a racist society. The enemy is always, conveniently, “not me,” and therefore easy to dehumanize. And the solution always amounts to taking the enemy out, i.e., waging war. And doing so always leaves consequences in its wake that become grounds for the next war.

How do we create a governing structure that understands this? This is the task at hand. It’s bigger than defeating Trump.