Crossing the Border into Ukraine 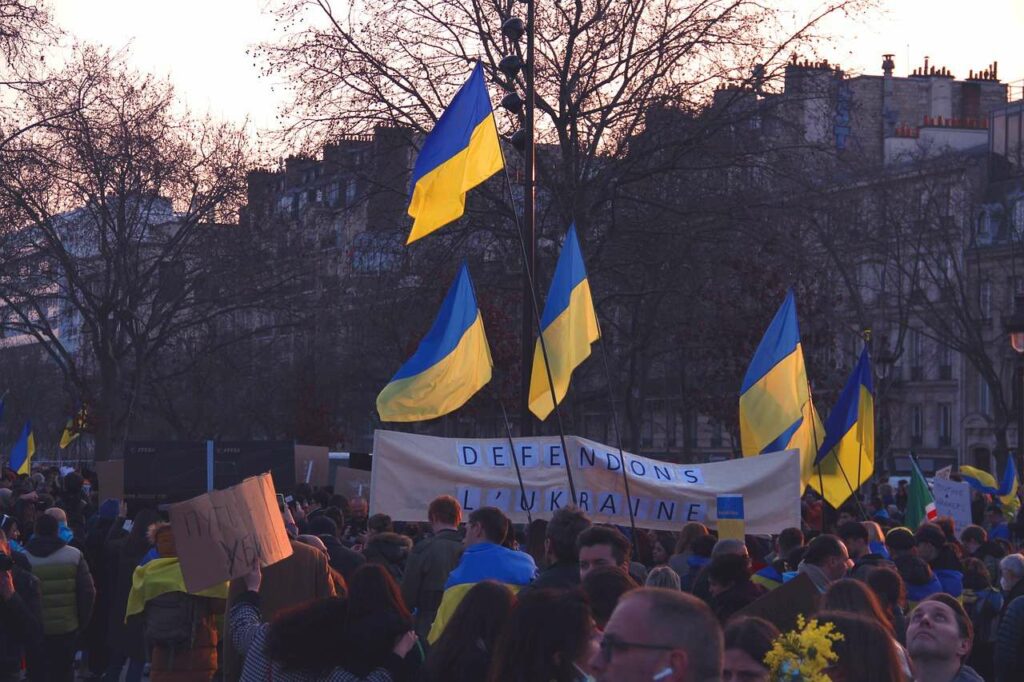 Mihail Kogălniceanu, Romania — “The U.S. Army’s 101st Airborne Division has been deployed to Europe for the first time in almost 80 years amid soaring tension between Russia and the American-led NATO military alliance. The light infantry unit, nicknamed the “Screaming Eagles,” is trained to deploy on any battlefield in the world within hours, ready to fight.” – CBS News, October 21, 2022.

Anyone can see it coming, right there on mainstream news. Writers don’t need to warn of the worst because the worst is already unfolding in front of us all.

The U.S. “Screaming Eagles” have been deployed three miles from Ukraine and are ready to fight the Russians. World War III beckons. God help us.

It all could have been different.

When the Soviet Union fell on December 25, 1991 and the Cold War ended, NATO could have disbanded, and a new security arrangement created which included Russia.

But like the Leviathan it is, NATO went in search of a new mission. It grew, excluding Russia and adding Czechia, Montenegro, North Macedonia, Lithuania, Estonia, Croatia, Bulgaria, Hungary, Romania, Latvia, Poland, and Slovakia. All without an enemy. It found small enemies in Serbia and Afghanistan, but NATO needed a real enemy. And eventually it found/created one. Russia.

It is evident now that the Eastern European countries who sought NATO membership would have been better protected under a security arrangement with Russia as a member. But that would leave the war industry without an enemy and, accordingly, without profits.

If military contractors don’t generate enough war profiteering, they send in their lobbyists by the hundreds to pressure our elected representatives toward hot conflict.

And so, for the sake of profit, the “Screaming Eagles” have landed, hovering three miles from the Ukraine border waiting for the order to go in. And we, the people, the human beings spanning this planet, wait to learn if we will live or die in a game of brinksmanship.

We should have a say in this matter, this business of the fate of our world. It’s obvious we can’t leave it up to our “leaders.” Look where they’ve led us: Another land war in Europe.  Haven’t they taken us here twice before? This is strike three for them, and quite possibly for us.

If we all live through this proxy war the U.S. is fighting with Russia, we must fully realize our power as members of the masses and be relentless in pursuit of global systemic change.

In the U.S., the Authorization of Military Force passed in 2001 (AUMF) must be repealed; the powers of war must return to a Congress answerable to the people and not weapons manufacturers; NATO must be disbanded; and a new global security system must be created which dismantles armaments as it increases peace and security through education, nonviolent resistance, and unarmed civilian protection.

As for weapons manufacturers, those Masters of War, those Merchants of Death, they must return their gluttonous profits and pay for the carnage they wreaked. Profit must be taken out of war once and for all. Let them “sacrifice” for their country, let them give instead of take. And let them never again be placed in positions of such influence.

Do the planet’s eight billion inhabitants have more power than a handful of corporations and the politicians in their pockets to accomplish all this? We do. We just need to stop leaving it on the table for the greedy ones to snatch.

If more incentive is needed, here’s another line from the same CBS story cited above:

“The ‘Screaming Eagles’ commanders told CBS News repeatedly that they are always ‘ready to fight tonight,’ and while they’re there to defend NATO territory, if the fighting escalates or there’s any attack on NATO, they’re fully prepared to cross the border into Ukraine.”

I didn’t agree to this, none of it, and I’m guessing nether did you.

If it’s war with Russia and nuclear weapons are used, we all will perish. If Russia is somehow “defeated” or turned away from Ukraine, the war profiteers have us in an even tighter vise.

We have seen nonviolent movements succeed when people unite. We know how they are organized and deployed. We too can be “ready to fight tonight” in our nonviolent way, resisting all authority dragging us into war and repression. It is truly in our hands.

We have the power to make peace. But will we? The War Industry is betting we won’t. Let’s “cross the border” and prove them wrong.