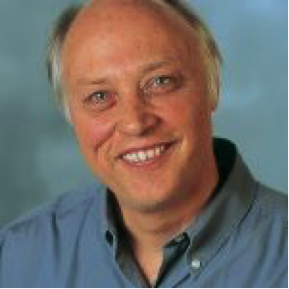 I knew there was a war on against cancer and, oh yeah, drugs, illiteracy, poverty, crime and, of course, terror, and that many arenas — sports, religion, business and politics, to name a few — are often portrayed as war without the body bags. But I was still surprised to read recently in the New York Times that we’ve opened up a fat front:

“It is a scene being repeated across the country as schools deploy the blood-pumping video game Dance Dance Revolution as the latest weapon,” the Gray Lady informed us, “in the nation’s battle against the epidemic of childhood obesity.”

Enough already! If I were an overweight kid, would I want Braveheart in my face? My impatience here reaches into the language center of the American brain, or at least the media brain. When chubby 9-year-olds are inspiring the language of Guadalcanal and 9/11, maybe as a nation it’s time to rethink our rhetorical default settings. Maybe it’s time to stop regarding every challenge, danger, obstacle, mystery and fear we encounter as a military operation, to be won or lost. We should at least be aware we have a choice in the matter.

Metaphors are the very essence of that light bulb (metaphor) we think of as understanding. When it goes off, it means — boing-g-g! — we’ve linked the unknown with the known, created order out of the tumult of love or the daily commute or those blood-test results. Metaphors do not equal reality, but good ones illuminate it. The wrong metaphor about what’s going on, however, makes us stupid. Witness George Bush’s war on terror, a flailing spasm of high-tech counterterror that seems as rational as . . . oh, calling for an air strike to take out obesity.

Ever since 9/11, I’ve been driven by an urgency to understand why we as a nation accepted Bush’s war of revenge so enthusiastically and felt so little empathy toward the innocent, sitting-duck populations we were about to carpet bomb. A big part of the reason, I believe, is that the military response — which means defining an enemy and immediately suspending all human feelings toward it — is embedded in our language. I also believe such language has outlived its usefulness in almost every way it’s applied and that a new, more complex way of thinking has begun to emerge.

Consider: A 2005 University of Florida study on doctor-patient communication, published in the Journal of Clinical Oncology, concluded that, “Well-meaning doctors seeking to explain treatment to cancer patients by comparing it to an all-out war might be wise to skip the military metaphors,” according to the university’s Web site.

“The life-is-a-journey comparison is a quieter metaphor and has the depth, richness and seriousness to apply to the cancer experience,” said Dr. Gary M. Reisfield, one of the researchers. “The road may not be as long as one hoped, and important destinations may be bypassed, but there’s no winning, losing or failing.”

Or how about the militarization of religion? Rev. Peter Paulsen, writing at medialit.org, noted: “We no longer accept racist references in speech, much less in worship. . . . But many Western — and some Eastern — religions still describe our relationship to God in military terms. We talk of ‘battling’ the devil, and ‘conquering’ sin. We loudly sing ‘Onward, Christian Soldiers’ or ‘Lord, God of Hosts, Mighty in Battle.’

“Despite the controversy that changing this language might provoke,” he wrote, “all people of faith need to reexamine whether the ‘peace that passes all understanding’ can be effectively communicated — in today’s nuclear age — by traditional metaphors of war.”

Or the militarization of business? Dennis W. Organ, in an essay on the Business Horizons Web site, lamented that classical management theory is permeated with military terms — “chain of command,” “rank and file,” “market strategy” — that serve mainly to obscure marketplace realities.

Even though he was dubious that the alternative business-model metaphors he suggested — “the organism, the computer, the jazz ensemble” — would grab people’s imaginations, I think he’s on to something. Such concepts are far more complex than the “us vs. them” reductionism of the military metaphor and challenge us to embrace a larger understanding of reality.

Similarly, David C. Smith, in an essay called “De-Militarizing Language” published at peacemagazine.org, asked: “Suppose instead of thinking about argument in terms of war, we were to think of argument as a pleasing, graceful dance. How would such a metaphor cause us to conceptualize argument in a different way?”

Those who can’t or won’t change their thinking will eye these alternatives as further intrusions of political correctness on their happiness: the smiley-face suppression of natural aggression so that everyone gets along in false harmony. I say imagine dancing with what we fear instead of trying to kill it.

Robert Koehler, syndicated by PeaceVoice, is a Chicago award-winning journalist and editor.