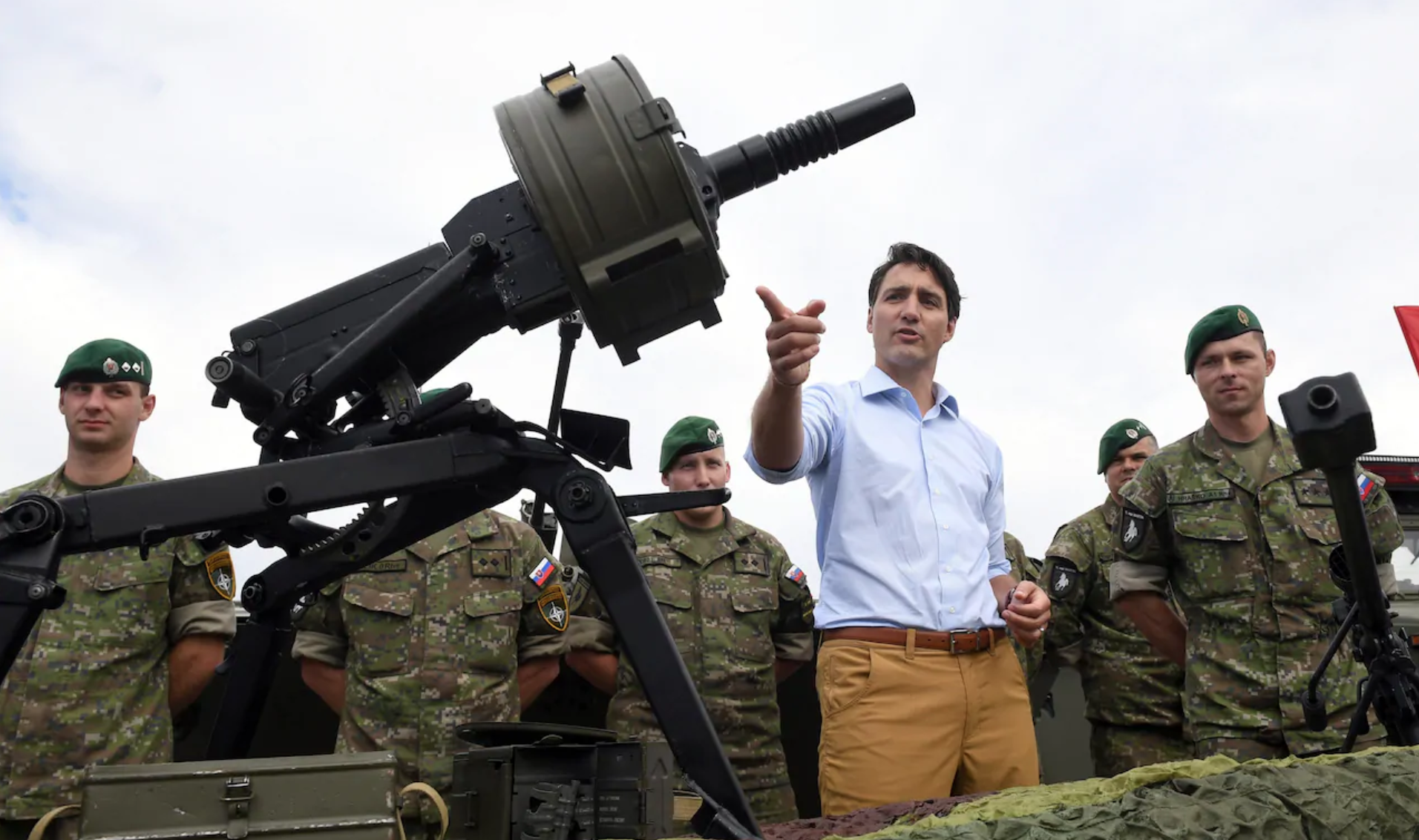 It’s been more than a week since the federal government unveiled Budget 2021. While there has been much media commentary on the government’s spending commitments for such items as pandemic recovery and universal child-care, little attention has been paid to increased military spending.

This may be by government design. Military spending is buried deep in the 739 page Budget 2021 document where it is allotted a mere five pages.

To be fair, there is brief mention of the government’s plan to purchase 88 new fighter jets, but no dollar figure is given. To find it, one has to search around in another government document called Strong, Secure, Engaged which reveals that the government’s price estimate for the jets is $15 – 19 billion. And that is just the purchase price. According to No Fighter Jets Coalition, the life-cycle cost of these jets would be another $77 billion.

Budget 2021 makes no mention at all of the government’s plan to procure 15 new navy warships, the largest military procurement in Canadian history. To find the cost of these warships, one has to go to another government website, “Procurement—Navy.” Here the government says the warships will cost $60 billion. The Parliamentary Budget Officer puts the figure at $77 billion.

Even worse, Budget 2021 does not give a figure for overall military spending. Again one has to consult Strong, Secure, Engaged: “To meet Canada’s defence needs at home and abroad” over the next 20 years, the government will spend $553 billion.

If someone were to go to the trouble to dig out such information, what might they do with it? Let’s consider the government’s planned purchase of 88 new fighter jets.

The first question is what has the existing fleet of fighter jets, CF-18s, been used for? As an example, we might consider the participation of these CF-18s in NATO bombing raids across Libya in 2011. Though the stated purpose of the NATO campaign was to protect Libyan civilians, the air strikes were responsible for many civilian deaths, with estimates of the number ranging from 60 (UN) to 72 (Human Rights Watch) to 403 (Airwars) to 1,108 (Libyan Health Office). The bombing also devastated the physical landscape.

The next question is how the money earmarked for new fighter jets—and, more broadly, military spending—might otherwise be used. $77 billion—not to mention $553 billion—is a lot of money! Might it not be better spent on life-enhancing projects rather than on bringing death and destruction?

Why, for example, is Universal Basic Income nowhere to be found in Budget 2021? It was endorsed almost unanimously at the recent Liberal Party convention and is supported by many MPs from other parties? The Parliamentary Budget Officer estimates that UBI would cost $85 billion. He also estimates that it would cut poverty in half in Canada. According to Stats Canada, 3.2 million Canadians, including over 560,000 children, live in poverty.

And what about climate action? Canada is the world’s 10th largest carbon emitter and produces the second most per person carbon emissions among the world’s wealthy nations. Budget 2021 provides $17.6 billion for what Chrystia Freeland calls “Canada’s green transition.” A 2020 report by Task Force for a Resilient Recovery, an independent panel of financial, policy, and environmental experts, called on the government to invest $55.4 billion in order to foster a recovery from the Covid pandemic that supports “urgent climate goals and the growth and a low-carbon economy.”

War, it should be noted, not only consumes billions of dollars that could have been spent on the environment, it also has a massive carbon footprint and destroys natural spaces.

Questions such as the ones raised above are likely the kind the government wanted to avoid when it prepared Budget 2021. So, let’s start asking them!

We must call on the government to defund war—which would mean shifting funding from the defence budget to such life-affirming projects as UBI, infrastructure on First Nations, and climate action. The ultimate goal should be no money for war, and a more just and more environmentally responsible country.

To sign up to receive the Saskatchewan Peace News newsletter in your inbox write to Ed Lehman at edrae1133@gmail.com