“Disarmament Instead Of Armament”: Nationwide Day Of Action In Germany A Great Success 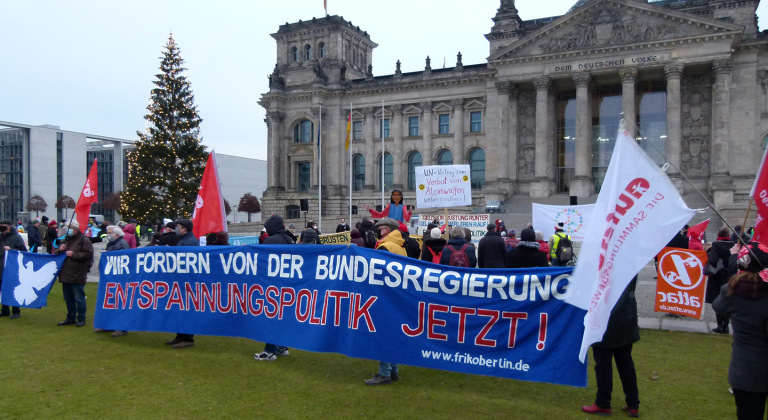 Reiner Braun and Willi van Ooyen from the initiative’s working committee explain the evaluation of the nationwide, decentralized Day of Action on December 5, 2020 of the initiative “Disarmament instead of Armament”.

With more than 100 events and several thousand participants, the nationwide Day of Action of the initiative “Disarmament instead of Armament” – under Corona conditions – was a great success.

Peace initiatives all over the country, together with trade unions and environmental associations, made this day their day and took to the streets with great ideas and imagination in view of the limited scope for action nationwide for peace and disarmament. Human chains, demonstrations, rallies, vigils, public events, collections of signatures, information stands shaped the image of the over 100 actions. 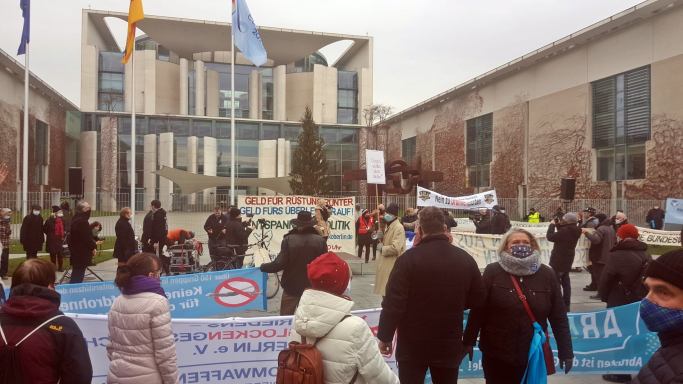 Further signatures for the petition “Disarmament instead of Armament” were collected in preparation and implementation of the day of action. So far, 180,000 people have signed the appeal.

The basis of all actions was the rejection of further arming the Federal Republic of Germany with new nuclear weapons and arming of drones. The defense budget has been inflated to 46.8 billion, and should thus be increased by almost 2%, according to NATO criteria. If one takes into account the military and armaments expenditure from other budget in which they are hidden, the budget is 51 billion.

The 2% GDP for armaments and military are still firmly part of the political agenda of the overwhelming majority in the Bundestag. That means at least 80 billion for war and arms industry profits. 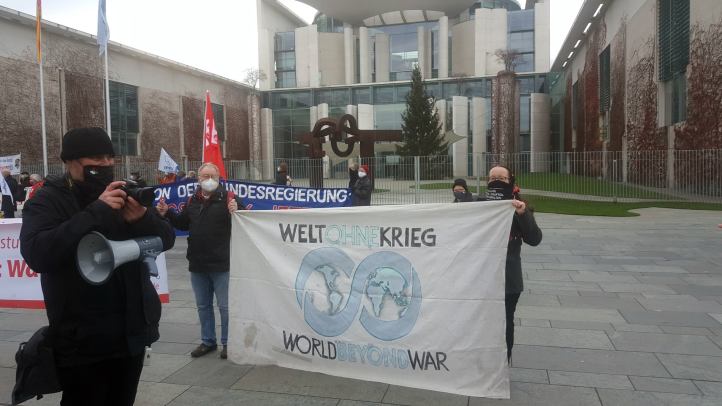 Health instead of bombs, education instead of the military, the protesters clearly demanded social and environmental priority. A socio-ecological peace transformation was called for.

This day of action encourages further activities and campaigns. The Bundestag election campaign in particular is a challenge in which demands for peace, a policy of détente and disarmament should be interfered with.