Divest From BlackRock! May 23 In New York City 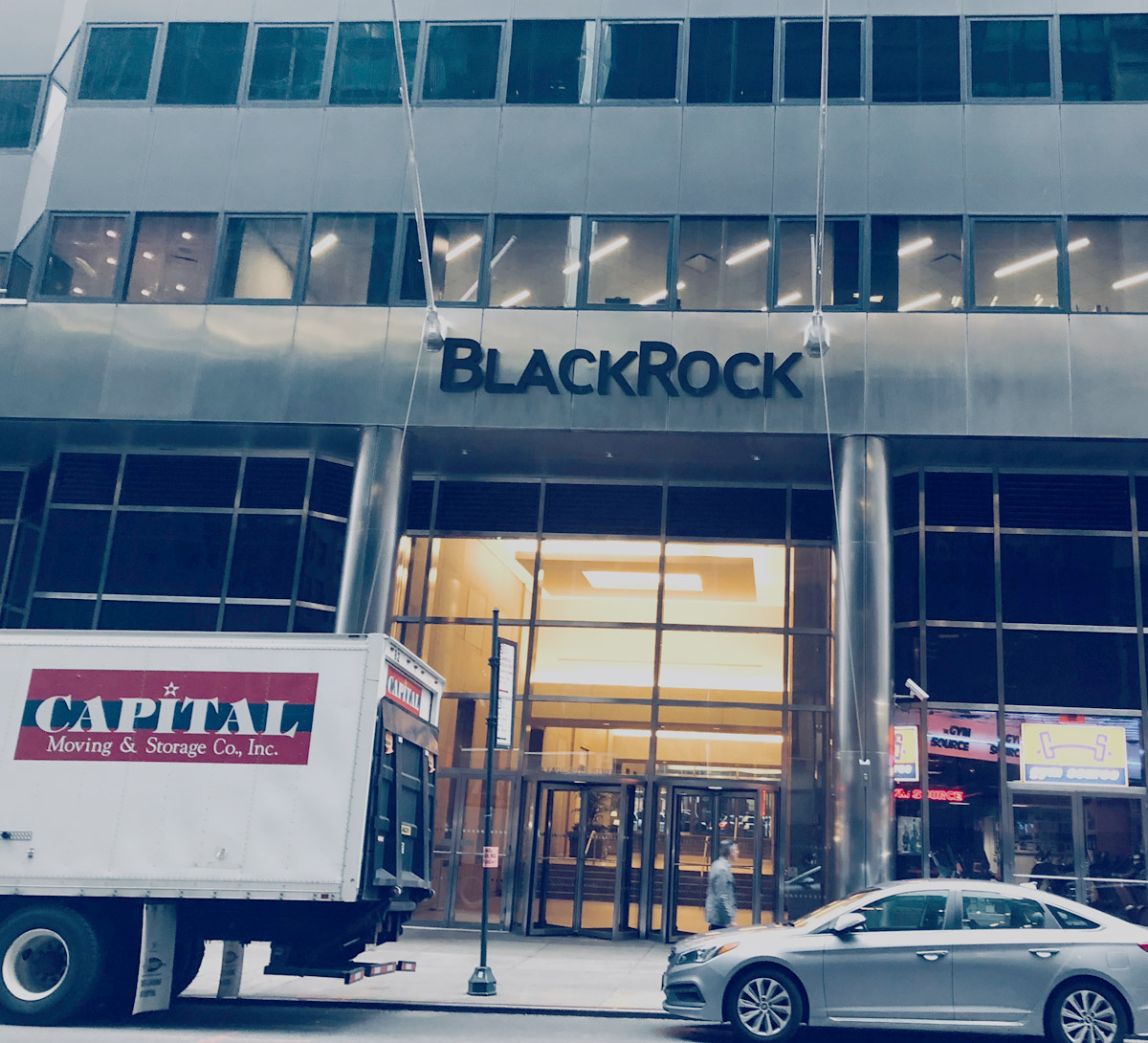 On Wednesday morning, May 23 2018 in New York City, the annual shareholder’s meeting of BlackRock, the shadowy but gigantic “too big to fail” financial conglomerate that profited from the Wall Street crash of 2007/2008 and has been profiting for decades from global weapons sales, local gun sales and pro-military lobbying, will be greeted by a small but determined group of angry protestors shouting “divest”. (Join us if you can.)

No doubt, the executives and investors who want to ignore our angry voices will be able to. But that won’t discourage us, because we have truth and justice on our side. Divestment is gaining ground all over the world as a strong method of resisting the monolithic power that emerges when greedy money finances endless war. This resistance can feel often hopeless, but it’s not. Here’s why divestment campaigns against corporations like BlackRock can matter.

Divestment gives us a direct voice. It’s our money. If you are enrolled in a government pension fund in the USA or Canada or Japan or the UK, or if you are a teacher or other public employee in New York or California or one of many other states, your own money is being funneled into the BlackRock war profit machine, and this means you are empowered to demand answers. Divestment is direct empowerment. We don’t need to beg slick politicians to finally pay attention to us and act on our behalf. We can act on our own behalf. It’s our money.

Divestment is self-education. How many people have never even heard of BlackRock? That’s the way BlackRock likes it. And that’s what the divestment campaign aims to end. If you have a friend with a pension fund and you explain to this friend why they should protest against investment with BlackRock, you are not only helping the cause of divestment. You are helping to wake people up. Even if your friend isn’t ready to follow your logic today, you will probably be the first person to tell your friend that a giant weapon and gun profiteer named BlackRock exists.

This kind of information sharing is BlackRock’s worst fear, as CodePink found out when this large American corporation moved its Washington DC office and seriously tried to conceal its new address, as if they could hide from the people of the world while laundering our money through the global weapons industry. As CodePink said, “it’s baffling when a multi-billion dollar firm is frightened of a small women’s peace non-profit”.

Divestment works! Success stories are not easy to find when the voice of the people goes up against big war, big oppression, big empire and big money. But it was a long, arduous, controversial divestment campaign against apartheid in South Africa that finally made all the difference in the world in that country. Without divestment, maybe apartheid would still be in force in South Africa today.

On Wednesday morning, May 23 in New York City, the investors and journalists who arrive for BlackRock’s shareholder’s meeting might think the group of protestors making noise outside the black-rock walls of the BlackRock building look small. But we won’t feel small. Join us in this divestment campaign, or in any divestment campaign that fights for what’s right against the dulling force of big-money corporate militarism, and you won’t feel small either.

Here’s some more information about World Beyond War’s divestment campaign, Divest From The War Machine, and CodePink’s page about various actions at BlackRock offices, including May 23 in midtown Manhattan. Find out more and join us!