Don’t Thank Me Anymore: Take Care of Us When We Return Home and Work to End All War

This past Saturday morning in Saint Louis, MO I was walking home when I saw a people gathering and portions of the street being blocked.  I live downtown, so it could have been another run, walk or festival. I asked someone who looked like a participant and he told me it was for the Veterans Day Parade. I was a bit surprised because Veterans Day is Wednesday. He went on to say the parade was being done on Saturday because planners were not sure if they could get enough parade spectators on Wednesday. I’m not sure if he was right about why it was decided to have the parade on Saturday, but it makes sense and is an example of our society celebrating veterans but not really caring that much about us. 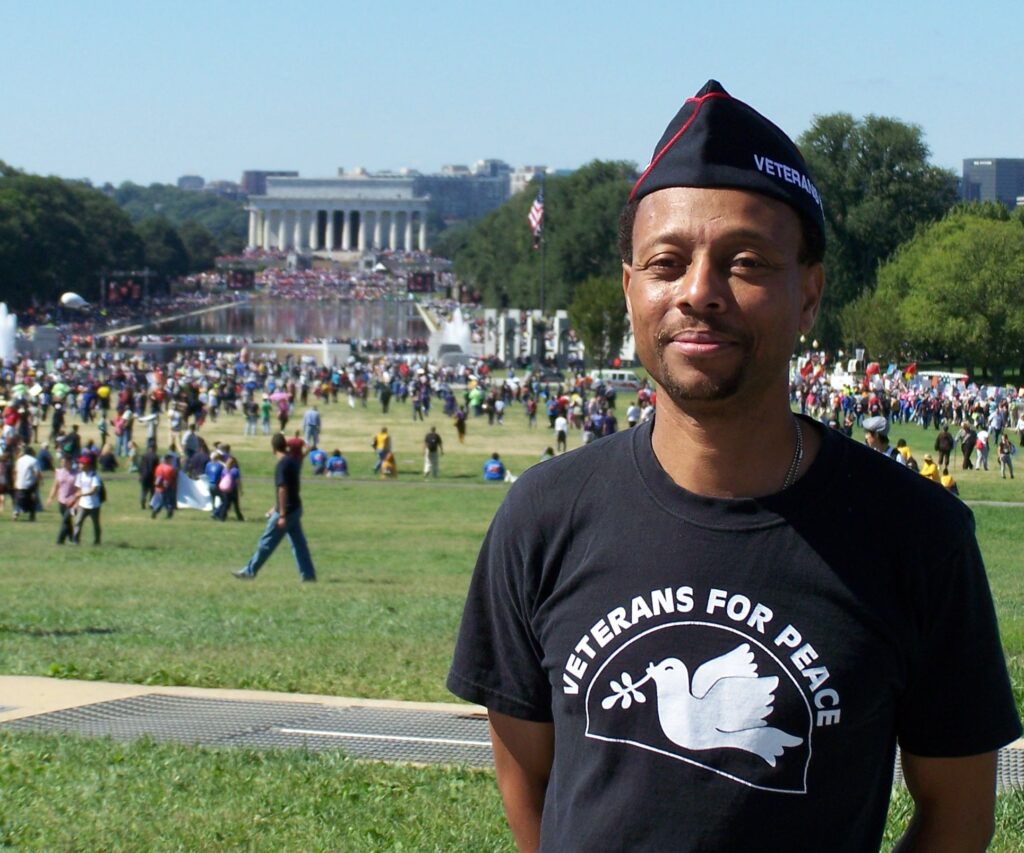 Many years ago I became fed up with the hollow thank yous and stopped celebrating Veterans Day. Today I join with Veterans For Peace in a call to Reclaim November 11th as Armistice Day — a day to think about peace and thank those who served by working to end war. I’m tired of us vets being used for war and then many of us being pretty much discarded. Instead of thanking us, change how we are treated and work to end war.  That is a real tribute.

Suicide is the direst challenge facing veterans, but there are many others. Recently, after years of higher unemployment rates for veterans who joined the military after September 11, 2001 than their civilian counterparts, veterans’ rates are lower at 4.6% — than the national average of 5%, as reported in USA Today, November 10, 2015. Yet, veterans between the age of 18 and 24 continue to face high unemployment at 10.4%, nearly identical to the 10.1% unemployment figure for civilians in the same bracket. However, these numbers do not tell the full story. Due to the slow economic recovery, many discouraged people have dropped out of the job market. Good paying jobs are hard to find. Well-paying low skilled jobs nearly don’t exist. Veterans negotiate these same obstacles while at the same time facing other challenges.

Homelessness continues to be a major problem for veterans. According to information from the National Coalition for Homeless Veterans, we veterans face homelessness because of “mental illness, alcohol and/or substance abuse, or co-occurring disorders. About 12% of the adult homeless population are veterans.”

The site goes on to say that, “Roughly 40% of all homeless veterans are African American or Hispanic, despite only accounting for 10.4% and 3.4% of the U.S. veteran population, respectively….Nearly half of homeless veterans served during the Vietnam era. Two-thirds served our country for at least three years, and one-third were stationed in a war zone.”

Added to this shameful reality, 1.4 million veterans are considered at risk of homelessness due to poverty, lack of support networks, and dismal living conditions in overcrowded or substandard housing.

Rates of post-traumatic stress are, of course, higher for veterans than civilians, no surprise there. To that we add what some call the new signature wound for the wars in Afghanistan and Iraq, traumatic brain injury or TBI, primarily caused by improved explosive devices. A December 2014 Washington Post article reported that, “Of the more than 50,000 American troops wounded in action in Iraq and Afghanistan, 2.6 percent have suffered a major limb amputation, the majority due to an improvised explosive device.”

After we are injured in war, what happens when we come back home? Today we have veterans from WWII through the current conflicts trying to access Veteran Affairs healthcare. That is 74 years of veterans from too many conflicts, wars and military actions to list. We have all heard about veterans waiting for months and sometimes years for care. Perhaps you have heard the horror stories of veterans receiving negligent care like at the Walter Reed Army Medical Center as reported in February of 2007 by the Washington Post.

We keep hearing claims that services will get better and we support our veterans and troops. But an October, 2015 Military Times article reports, “  Eighteen months after a scandal broke over waiting periods for Veterans Affairs health care, the department is still struggling to manage patients’ schedules, at least in the mental health care arena where some veterans have waited nine months for evaluations, a new government report says.” Could this have anything to do with the suicide rate?

This neglect is nothing new. It has been the case since Shays Rebellion in 1786 led by veterans treated poorly after the Revolutionary War to the Bonus Army of World War I when veterans and their families gathered in Washington in the spring and summer of 1932 to demand pay promised that they needed in the middle of the Depression. For decades Vietnam Veterans were denied recognition of illnesses caused by the extremely deadly chemical dioxin in Agent Orange. Gulf War veterans are struggling with Gulf War Syndrome.  And now the challenges faced by returning troops today. The madness and suffering will not end until civilians demand a different way. Maybe because you don’t have to fight the wars, you don’t care. I don’t know. But with all the above I outlined, I repeat, don’t thank us anymore. Change the above and work to end war.  That’s real thanks.

Michael McPhearson is the executive director of Veterans For Peace and veteran of the Persian Gulf War also known as the First Iraq War.  Michael’s military career includes 6 years of reserve and 5 years active duty service. He separated from active duty in 1992 as a Captain. He is a member of Military Families Speak out and Co-Chair of the Saint Louis Don’t Shoot Coalition formed in the aftermath of the police killing of Michael Brown Jr.
@mtmcphearson veteransforpeace.org 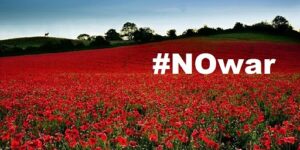 This year, World Beyond War teamed with Veterans for Peace and organizations worldwide to ask, “What if people around the world devoted the month of November to #NOwar?”