Lagos, Nigeria (CNN)Former sworn enemies Ethiopia and Eritrea Monday signed an agreement to end the war between the countries, according to Eritrea’s Information Minister.

Yemane Meskel tweeted that the “state of war that existed between the two countries has come to an end.”
The declaration was signed Monday during an unprecedented summit between the leaders of the countries in Eritrea’s capital, Asmara. 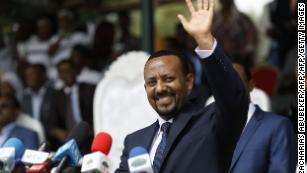 During a state dinner to welcome the Ethiopian delegation Sunday, Prime Minister Abiy Ahmed announced the two countries have agreed to reopen embassies and ports and allow flight operations to strengthen diplomatic ties between them, Meskel added.

The landmark trip follows an announcement in June by Ethiopia’s ruling party that it planned to fully implement the peace deal reached with Eritrea in 2000 known as the Algiers Agreement, including a key ruling on borders from 2003 that Ethiopia originally rejected. 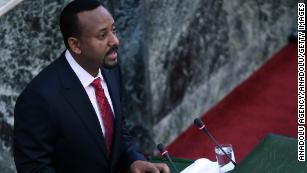 Prime Minister Abiy — the first Ethiopian leader to set foot in neighboring Eritrea during the current millennium — was welcomed Sunday at the airport by Eritrean President Isaias Afwerki and other senior officials.
Photos posted by members of the delegation on social media appear to show the streets of Asmara lined with crowds and flags of both countries. 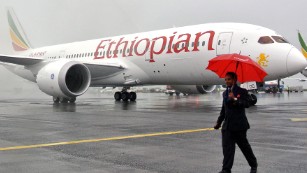 Abiy took office in April and — speaking on state television after the swearing-in ceremony — appealed to the Eritrean government to solve “years of misunderstanding.” Recent weeks have seen increased diplomatic efforts between the two countries.

Pope Francis, in his Angelus prayer last Sunday, described the new initiative as a “light of hope for these two countries of the Horn of Africa and for the entire African continent,” according to the official Vatican News.
“In the midst of many conflicts,” the pontiff said, “I would like to highlight an initiative that can be described as historic and that is good news: in these days, after 20 years, the governments of Ethiopia and Eritrea are talking of peace.”