Forty Organizations Urge Congress Not to Make Yemen Even Worse 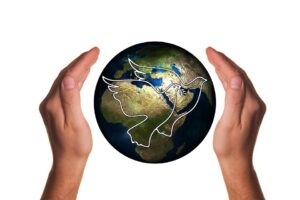 We, the undersigned civil society organizations, urge you to publicly oppose a Foreign Terrorist
Designation (FTO) of the Houthis in Yemen and communicate your opposition to the Biden
administration.

While we agree that the Houthis share much blame, alongside the Saudi-led coalition, for
horrific human rights violations in Yemen, an FTO designation does nothing to address these
concerns. It would, however, prevent the delivery of commercial goods, remittances, and
critical humanitarian assistance to millions of innocent people, greatly hurt the prospects for a
negotiated settlement to the conflict, and further undermine U.S. national security interests in
the region. Our coalition joins a chorus of growing opposition to the designation, including
members of Congress and multiple humanitarian organizations operating on the ground in
Yemen.

Rather than being a catalyst for peace, an FTO designation is a recipe for more conflict and
famine, while unnecessarily further undermining U.S. diplomatic credibility. It is more likely
that these designations will convince the Houthis that their goals cannot be achieved at the
negotiating table. During his time as UN Special Envoy for Yemen, Martin Griffiths warned the
UN Security Council that U.S. designation would have a chilling effect on both humanitarian
relief and diplomatic efforts. By designating only one party to the conflict as a terrorist group,
while actively providing military assistance to the Saudi-led coalition, the designation would
also further entangle the United States as a partisan and party to the war.

Even prior to discussions of a new FTO designation, the UN warned at the end of last year that
the Yemeni people are more vulnerable than ever, as food prices doubled over the course of the
year and the economy has been driven nearly to collapse by currency devaluation and
hyperinflation. Designating the Houthis will further exacerbate and speed this suffering by
disrupting the flow of much-needed commercial and humanitarian goods, including food,
medicine, and aid delivery to the majority of Yemen’s people. Some of the world’s top
humanitarian aid organizations working in Yemen warned in a joint statement this month that
an FTO designation on the Houthis could “diminish the flow of humanitarian assistance at a
time when organizations like ours are already struggling to keep pace with immense and
growing needs.”

Even without an FTO label, commercial shippers have been reluctant to import to Yemen given
the high risk of delays, costs, and risks of violence. An FTO designation only increases this level
of risk for commercial entities and further places the vital work of humanitarian and
peacebuilders at risk. As a result, even if humanitarian exemptions are permitted, financial
institutions, shipping firms, and insurance companies, along with aid organizations, are likely
to find the risk of potential violations to be too high, resulting in these entities dramatically
scaling down or even ending their involvement in Yemen – a decision that would have
indescribably severe human consequences.

According to Oxfam, when the Trump administration briefly designated the Houthis as an FTO,
they “saw exporters of vital commodities like food, medicine, and fuel all rush for the exits. It
was clear to all that Yemen was heading toward economic freefall.”

We applaud past statements by Members of Congress to resist former-President Trump’s FTO
label on the Houthis, as well as legislative efforts to end unauthorized U.S. support for the
Saudi-led war in Yemen. Our organizations now urge you to publicly oppose a Foreign
Terrorist Designation of the Houthis in Yemen. We also look forward to working with you on
taking a new approach to U.S. policy in Yemen, as well as the broader Gulf region, — one that
prioritizes human dignity and peace. Thank you for your consideration of this important
matter.