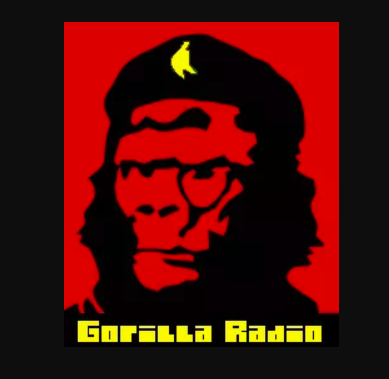 Last month, Philadelphia Judge Leon Tucker ruled, in part, favourably in a two year-old plea by Mumia Abu-Jamal’s legal team. They had argued, a U.S. Supreme Court Justice presiding over a previous appeal should have recused himself.

Abu-Jamal has spent nearly 40 years in prison for the 1981 murder of Philly police officer, Daniel Faulkner; a charge he has always denied. The case has, from the beginning, been politically charged and fraught with procedural irregularities. Further to those, just days after Judge Tucker’s ruling, the Philadelphia District Attorney’s office “discovered” six crates of evidence that has for years, they say, lay hidden in the back of a disused storeroom.

Lawyers and activists are excited now by the possibility those crates may contain material that could see Mumia freed.

Dave Lindorff is a Philadelphia-based investigative journalist and author. The former Philadelphia Enquirer newspaper reporter covered the Abu-Jamal case extensively, and wrote the book, ‘Killing Time: An Investigation into the Death Row Case of Mumia Abu-Jamal. Lindorff is too founder of the multi-award-winning news website, This Can’t Be Happening, where his latest article on the Abu-Jamal case, ‘A Potentially Tectonic Event Shakes up the Mumia Abu-Jamal Case‘ appears.

Dave Lindorff in the first half.

And; does the World really need another celebration of war and warmakers? The good folks over at NATO think so, and they’re busy making preparation for just such an event. April 4th, 2019 marks the 70th anniversary of the multi-nation military alliance. The North Atlantic Treaty Organization has, since its Cold War inception, seen a massive expansion in both its membership and mission statement. Nothing if not resilient, NATO has not only survived, despite losing its raison d’etre rival, the USSR and its Warsaw Pact alliance, but thrived, no longer limiting activities to its titular region but creating “facts on the ground” across the globe.

David Swanson is an author, activist, tireless promoter of pro-peace networks and websites, and co-founder of World Beyond War, an organization making the case for the abolition at last of that ultimate expression of human destructiveness. His book titles include: ‘Curing Exceptionalism’, ‘A Global Security System’, ‘War Is Never Just’, ‘War Is a Lie’, ‘Killing Is Not a Way of Life’, ‘War No More: The Case for Abolition’, and many more.

Swanson is also host of Talk Nation Radio, linked through his website, Let’s Try Democracy, where a recent article dissects the myths and reveals the realities behind the organization that would have your anniversary cheers.

David Swanson and the ‘Top 10 Reasons Not to Love NATO‘ in the second half.

And; Victoria-based activist and long-time Gorilla Radio contributor, Janine Bandcroft will be here at the bottom of the hour with the Left Coast Events Bulletin of some of the good things to be gotten up to in and around our town in the coming week. But first, Dave Lindorff and can the beginning of the end of Mumia Abu-Jamal’s long imprisonment be happening?

Chris Cook hosts Gorilla Radio, airing live every Thursday between 11-Noon Pacific Time. In Victoria at 101.9FM, and on the internet at: http://cfuv.uvic.ca. He also serves as a contributing editor to the web news site, http://www.pacificfreepress.com. Check out the GR blog at: http://gorillaradioblog.blogspot.ca/