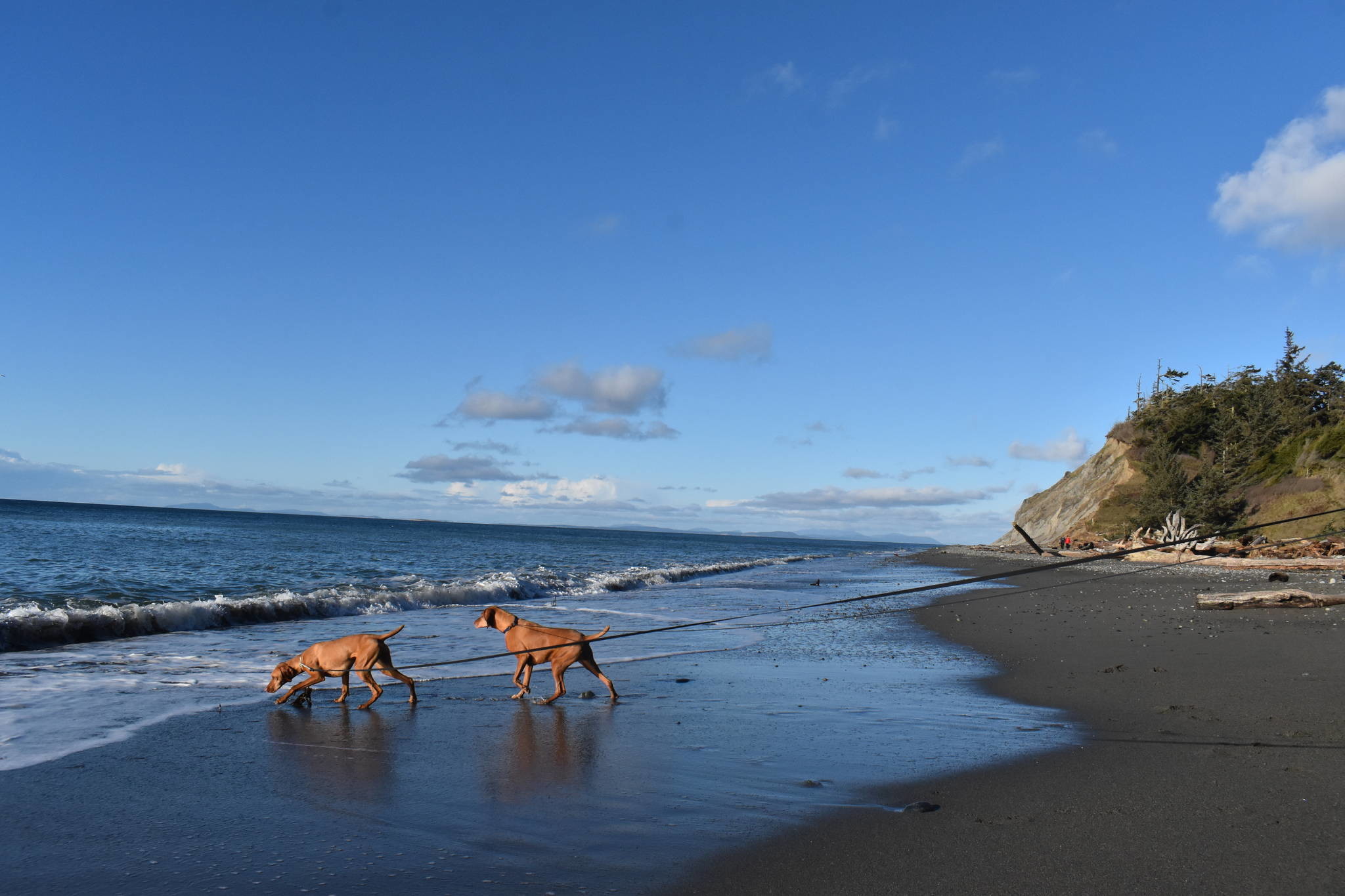 A South Whidbey environmental group is challenging a decision by a state commission to allow Navy special forces to conduct clandestine training operations in state parks, possibly including five on Whidbey Island.

In addition, two Whidbey groups are among those that have joined a coalition opposed to this “war training” at state parks and are calling for a statewide Day of Action March 13.

Whidbey Environmental Action Network, commonly known as WEAN, filed a petition for judicial review against Washington State Parks and Recreation Commission in Thurston County Superior Court March 8. The petition cites several grounds for review, including that military training isn’t one of the uses allowed in parks under state law.

On Jan. 28, the state Parks and Recreation Commission voted 4-3 to allow the issuance of permits to the Navy for the purpose of conducting special operations training in coastal parks.

A State Parks spokesperson said Monday that no permits had been issued so far.

Joe Overton, deputy public affairs officer for Navy Region Northwest, said the Navy doesn’t discuss pending litigation, but he did comment on the value of the training.

“The Puget Sound, Hood Canal and the southwestern Washington coast offer unique and varied coastal conditions which create opportunities for realistic and challenging special operations training in a safe, sheltered, cold-water environment,” he wrote in an email.

The Navy’s five-year proposal is to conduct training in 28 state parks, although restrictions on the proposal would likely decrease the number of state parks that could be used to just 16 or 17.

WEAN’s lawsuit argues that the proposed training in state-owned parks is inconsistent with laws that dedicate the parks to the public for recreational, ecological and aesthetic purposes.

“These clandestine operations have a high likelihood of interfering with public park purposes and recreational opportunities at the state parks subject to the Commission’s decision,” the petition states.

In addition, WEAN argues that the commission violated the State Environmental Policy Act by adopting the final mitigated determination of non-significance on the Navy’s proposal.

The complaint argues that the commission failed to take into account how the training would affect park users, who may be “fearful of encountering military personnel, simulated weapons and military equipment on state park lands, or who do not wish to be surreptitiously surveilled, observed, or confronted by military personnel.”

WEAN is represented by Bryan Telegin and Zachary Griefen of Bricklin & Newman, LLP, of Seattle.

In a statement, the Navy League of Oak Harbor pointed out that the special ops have been covertly training in parks for decades without any complaints or incidents.

The League also argued that the Navy has complied with all the rules and that although “the training covers a large geographic area, a substantial percentage of opposition is centered only at Whidbey.”

“Navy Special Forces take extreme risks on behalf of our nation and its citizens,” the League said.

Navy SEALs have previously only had permission to use five parks. Under the rules adopted by the commission, the public cannot be excluded from any areas of parks. The proposed training includes insertion, extraction, diving, swimming and rock climbing.

The coalition called “Not in Our Parks” is made up of individuals and groups, including WEAN, the Calyx School, Environmentalists Against War, Friends of Miller Peninsula State Park, Olympic Environmental Council, Spokane Veterans for Peace and World Beyond War.

The coalition launched its website, notinourparks.org, this week. The website contains Day of Action information and resources, education about the history and dangers of a military training presence in Washington State Parks, and ways people can be heard on the issue.

According to a statement from the group, the Day of Action will include family-friendly and socially distanced activities at parks, including tailgate tabling, picketing, signature gathering and the distribution of flyers.

“We invite everyone to ‘adopt’ a nearby park and join us for the Day of Action,” said Allison Warner, events coordinator for Not in Our Parks.

“There will be simple actions to help educate others who value our parks for recreation and nature appreciation.”