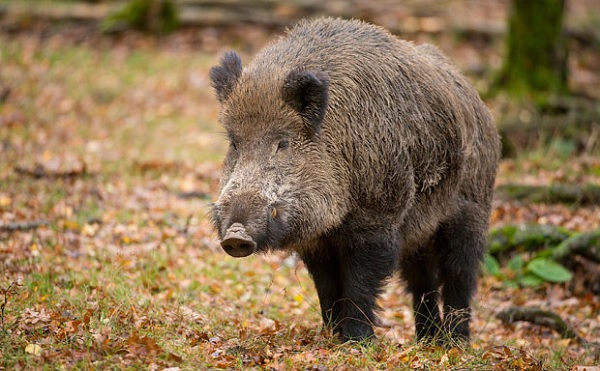 My brother-in-law Werner was a passionate hunter. Until his early death he lived in East Germany, called the Deutsche Demokratische Republik, or DDR (in English GDR), which disappeared 28 years ago. I lived there, too, for many years, and it was there that my brother-in-law took me with him on a few hunting trips. I made clear that I did not at all like the idea of shooting a deer, a gracefully beautiful animal. As for the wild boars, hardly handsome creatures to any eyes but those of their mates and offspring – I didn’t like the idea of shooting them either. I went along partly out of curiosity, partly for the chance to do some bird-watching while he was watching for prey.

Werner had an amazingly sharp eye for distant grazers, he was skilled with his gun, but also with words as he tried to convince me that hunting, despite its death and blood, was a necessity. With no natural enemies (until recent years when some wolves were re-introduced) an overgrown deer population would bite and ruin acres of young woodland, and the very fecund wild hogs can ruin many potato fields. Their numbers had to be kept in check by humans, he insisted. This did not justify excited hobby hunters banging away at all that moved but, he claimed, did justify a strictly planned improvement of their ranks.

I suspect that even this rationale would anger vegetarians and vegans, and I will not argue. But the interesting aspect for me was a system which many would see as a restriction of freedom and typical for such a Communist-run state. Weapons and ammunition were strictly controlled. Guns, though privately-owned, were stored at the hunting clubs, usually connected with the forest ranger’s home and station. To get licenses as club members, hunters had to attend classes and pass exams on identifying wild life, avoiding unnecessary cruelty or neglect, shooting ability – and some old traditional rules for hunters, once restricted to nobility or men of wealth. The guns had to be picked up and returned on an agreed-upon system, which governed which seasons and which animals were OK for hunting and which were not: ill animals, yes, for example, but no does with fawns or wild sows with offspring.  The rules were strict; every bullet had to be accounted for, whether a hit or a miss!

Corresponding rules were in force for shooting clubs. Schooling and licenses were required, weapons were kept not at home but at the clubs, ammunition was apportioned and had to be accounted for.

Yes, these were indeed restrictions on freedom, and most likely had an explanation not only in terms of forestry or sports but also politically, with no unauthorized weapons in possibly rebellious hands. And those authorized for people in uniform were also restricted to their official times on duty.

This recalls, in reverse, the reasons why some Americans oppose controls or limitations even on assault weapons, which are certainly not bought for hunting or sport or to protect against robbers. When some NRA-fans raise posters proclaiming that “AR-15’s EMPOWER the people” we can easily guess what kind of people are meant and what kind of power. No, their proliferating gun collections are not only meant for stags, pheasants or range target stands.

The strict weapons’ laws on Werner’s hunting, undoubtedly a restriction of his freedoms – of course a Second Amendment was lacking – also meant that there were virtually no shooting deaths and not a single mass shooting, in schools or anywhere else – not even, as it turned out, in  the course of regime change, which occurred in 1989-1990 without any bloodshed.

Were the rules far too stringent? My hunting enthusiast brother-in-law never complained to me about restrictions on his hunting rights (whose rules now no longer apply). He was, by the way, a teacher, who never dreamed of having a gun in a classroom. And his death, before he was 65, was not due to any hunting or weapons’ mishap but rather, almost conclusively, to his addiction to cigarettes, whose use was completely uncontrolled. Being neither a hunter, sport shooter nor smoker, I must reserve judgement.