How International Law Facilitates the Bombing of Civilians in the U.S. War on Terror 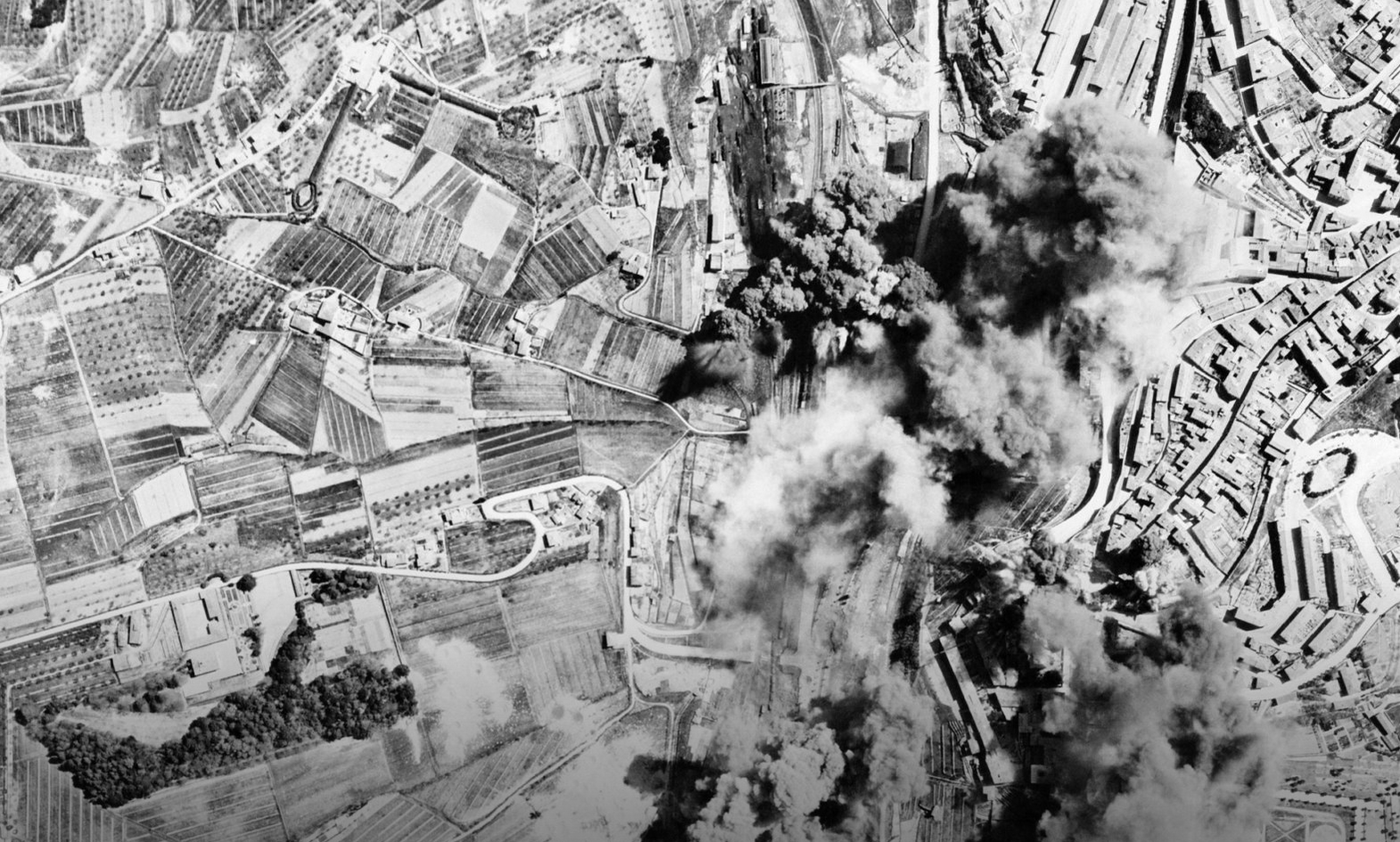 This analysis is the first of a four-part series commemorating the 20th anniversary of September 11, 2001. In highlighting recent academic work on the disastrous consequences of the U.S. wars in Iraq and Afghanistan and the Global War on Terror (GWOT) more broadly, we intend for this series to spark a critical re-thinking of the U.S. response to terrorism and to open dialogue on available nonviolent alternatives to war and political violence.

The terrorist attacks of September 11, 2001, ushered in a dramatic new era in U.S. foreign and national security policy, particularly the 2001 Authorization to Use Military Force (AUMF). Since then, the AUMF has been used by three presidential administrations to justify U.S. military action against al-Qaeda and its “associated forces” in so-called frontier territories—areas that are out of state control but fall within a state’s territorial boundaries and sometimes are administered by tribal or other local groups hostile to the state. Frontier territories are not stateless but constitute a different category of political organization not formally recognized in international law.

Bearing in mind the legal principles governing the law of war, Alexandria J. Nylen asks how the discourse of international law was used to facilitate extraterritorial U.S. drone strikes in frontier territories within Pakistan, Yemen, and Somalia. She argues that the U.S. government under the Obama Administration constructed the concept of frontier territories to “sidestep legal constraints” in jus ad bellum and jus in bello rules of military force “to cover up what many would consider extra-legal behavior.” Her resulting analysis demonstrates “how violence, visibility, and territory factor into exercises of state power,” rendering civilian casualties as necessary to defend against global terrorism.

The research first examines how international law can be construed to fit the political agendas of powerful countries and, second, offers a discourse analysis of 16 documents (internal memos and public speeches) from the Obama Administration on the legal standing of drone strikes.

The concept of state sovereignty underpins international law, creating an “inside/outside” binary that casts territories that defy clear legal categorization, like frontier territories, as lawless. This results in “legal grey zones” where powerful countries can define frontier territories in ways that enhance the areas’ presumed lack of political and legal institutions and selectively interpret international law to advance a militarized solution to a stated lack of order. For instance, the author’s discourse analysis found that frontier territories were described by the Obama Administration as “lawless,” “chaotic,” and “unforgiving,” and framed as distinctive areas from the countries where they are located. As a result, these territories are “subjected to different norms of state violence,” because powerful countries can advance a “false assumption [that] designates them as less deserving of protection from external aggression.” Imposing the rule of law in frontier territories through military force becomes the policy objective viewed as the “normative good,” regardless of the existence of local, non-Euro-American-based governing structures in those territories.

By designating the location of drone strikes as frontier territories, a category outside the traditional understanding of state sovereignty upon which international law is based, the Obama Administration bent the interpretation of jus ad bellum and jus in bello principles regarding the use of military force. The discourse analysis revealed that the Obama Administration relied on the Geneva Conventions to justify the legality of drone strikes in Pakistan, Yemen, and Somalia. First, regarding jus ad bellum principles, the Administration argued that the war against Al-Qaeda was justified as a non-international armed conflict (NIAC), which would permit the U.S. military to conduct drone strikes in areas outside active war zones, based on the U.S.’s right to respond to and defend itself against imminent attacks. This claim hinged on the reinterpretation of U.S. Supreme Court case Hamdam vs. Rumsfeld, which defined U.S. military operations against Al-Qaeda as a NIAC, but that categorization only applied to the U.S.’s operations in Afghanistan. In legal white papers reviewed for the discourse analysis, Hamdam vs. Rumsfeld was applied to all global counterterrorism operations.

Second, regarding jus in bello principles, the Obama Administration argued that any lethal action in frontier territories was legitimate if it was conducted in line with principles stated in NIAC law. However, international law is less specific about what principles apply to NIACs compared to interstate war. This allowed the Administration “to claim that it still uph[e]ld and respect[ed] international law in its military operations…within the framework of a more permissive set of regulations.”

The discourse analysis revealed no reference to “local law or ordering principles” in the areas subject to drone strikes. Ironically, the drone strikes have made local governance more difficult in these territories. One example illustrates this reality in Pakistan’s North Waziristan territory where the U.S. attacked a local dispute council during a two-day meeting, killing nearly 50 people. While the U.S. contended that this drone strike was justified via its legal reasoning, eyewitnesses argue that none of the victims were militants. As result, local councils are wary to meet, fearing that their activities might be misconstrued as threatening by U.S. drone pilots. The legal machinations noted here, paired with these territories’ invisibility due to their marginalization in an international system based in state sovereignty, renders extraterritorial state violence permissible with few checks to state power.

This research underscores the politicized nature of law and its execution penned by Martin Luther King Jr. in his Letter from a Birmingham Jail: “Sometimes a law is just on its face and unjust in its application.” The Geneva Conventions were written to protect civilians from war but have been convoluted by powerful countries—namely, the U.S.—to justify attacks on civilian populations in pursuit of global counterterrorism operations. Importantly, both Republican and Democratic administrations have advanced this interpretation and continued drone strikes with unchecked power and without congressional oversight. This is the legacy of the U.S. response to terrorism following September 11th, and it is critical to re-examine drone strikes as an source of national security.

Little is publicly known about drone strikes, but awareness of the issue has increased due to whistleblower leaks and investigative journalism. Critiques of drone warfare can be categorized in terms of ethics and effectiveness. Reports from whistleblowers and investigative journalists demonstrate the enormous civilian toll of drone strikes, despite official government claims that drone strikes are precise in targeting. For example, during a five-month period in Afghanistan, close to 90% of the people killed were not the “intended targets.” Not only are drone strikes imprecise in their targeting, but their use has also had dubious effects on combatting the terrorist organizations that the strategy is intended to target. Look at the Taliban in Afghanistan: the very first organization and country that became the target of the U.S.’s global counterterrorism operations is still operating and, if initial reports are true, is beginning the use of unmanned drones to carry out attacks against the Afghan government. Not only has the Taliban persisted in the face of U.S. drone strikes and military intervention, but they have also increased their capacity and toolset to continue their violent campaign to regain control over Afghanistan.

Returning to and rethinking the accepted phrase of “intended targets,” the application of drone warfare presents a serious ethical dilemma as it essentially casts all military-aged men in these areas as militants, regardless of their actual role in hostilities. It is undeniably indiscriminate in its execution. Yet, the risks involve not only loss of life for civilians. Research demonstrates the massive trauma that communities in the target regions of drone strikes experience, describing emotional breakdowns, nightmares, loss of appetite, insomnia, and other emotional and physical symptoms. Similar signs of trauma are present in the U.S. military personnel tasked with intelligence gathering and target striking.

Yet, despite these problems with drone strikes, the U.S. continues to use them, as recently as July 2021 in Somalia. The lack of congressional oversight and approval for military action is likely one reason why drone strikes continue. Bringing Congress back into the decision-making process by re-asserting its war-making power can help to draw back the President’s unchecked power to bomb civilians. Imagine, for example, if Congress had asserted its authority and challenged the Obama Administration’s legal rationale, pointing out the reinterpretation of court cases and the Geneva Conventions and refusing to authorize military action. Imagine also if, instead of adopting a misguided military security paradigm, the U.S. had responded to terrorism with peacebuilding tools. How many civilians would still be alive today, and how much closer might we be to a world where violent extremist groups do not readily find recruits and support? [KC]

Scahill, J. (2015, October 15). The assassination complex. The Intercept. Accessed on August 2, 2021, from https://theintercept.com/drone-papers/the-assassination-complex/

War Prevention Initiative. (2021, June 21). Repeal of 2002 Authorization for Use of Military Force (AUMF) in Iraq. More can be done to end forever wars and achieve authentic security. Accessed on August 2, 2021, from https://warpreventioninitiative.org/aumf-repeal/