How the Warmongering Camp Make the World Literally Bankrupt 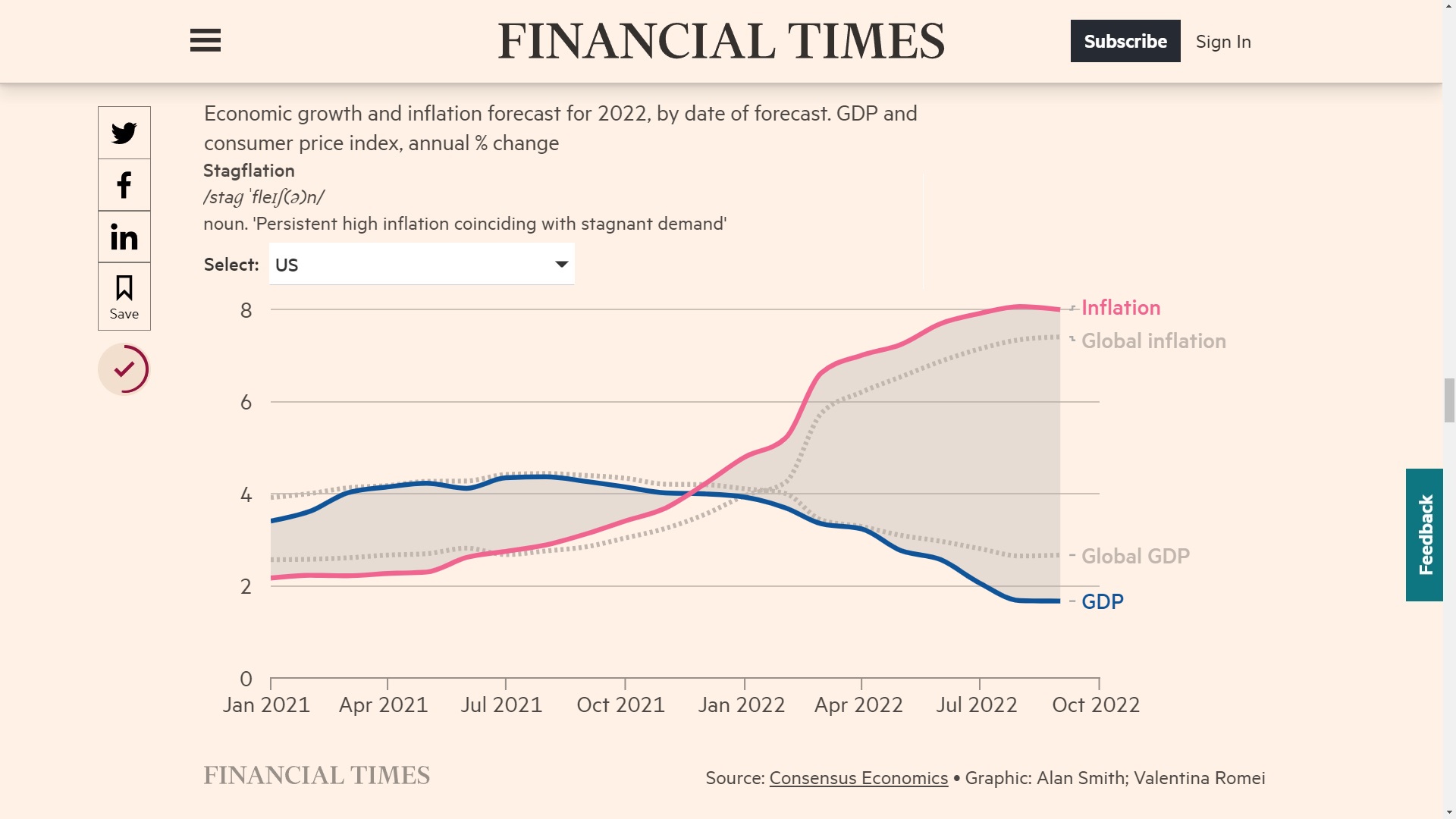 In the media wing of the U.S. military-industrial complex, The Atlantic magazine hosts the loudest team of cheerleaders of war. Using their online archive, you could see that from the first issue in 1857 to the current publications the magazine preserves an old pamphleteering spirit capable of waking up any nest of hornets, as Mark Twain put it in the immortal short story “Journalism in Tennessee.”

The Atlantic has a century-long history of bizarre attacks on peace movements, pacifist ideas and beliefs. These attacks obstructed some peace efforts, but in the end were in vain. For example, a scolding of the outlawry of war in 1923 didn’t prevent its triumph, the Kellogg–Briand Pact of 1928.

A new philippic entitled “How the Anti-war Camp Went Intellectually Bankrupt” by James Kirchick is not original in use of the old hate-speech cliche, equating pacifism to treason. This pestering nonsense is whitewashed by a George Orwell’s quote, but not of his brilliant novel “Nineteen Eighty-Four” from which President of Ukraine Volodymyr Zelenskyy recently borrowed so-called “formula of peace,” i.e. “War is Peace,” to embellish his UN and G7 speeches. No, Mr Kirchick used a stupid quip “pacifism is objectively pro-fascist” to claim that “today’s anti-war caucus is objectively pro-fascist.”

Yes, good writers sometimes have insane beliefs. Claiming that “If you hamper the war effort of one side you automatically help that of the other,” you should totally ignore reality of widespread peace movements resisting the war on both sides and targeted by the very similar dumb smearing. “This is elementary common sense,” as Orwell wrote, and his previous quote is common nonsense, or rather a propaganda war against common sense.

Those who claim that pacifism is “pro-fascist” should remember that Hitler had “violent animosity” to pacifism, as it was admitted in a 1932 The Atlantic issue.

In Hitler’s book, Mein Kampf, Mr Kirchick could find hysterical quotes very similar to his own article, for example, Hitler furiously attacked “pacifist cowardice” of those who “betray the interests of their own people and country.”

Another Hitler’s quote, “first of all, the fight and then pacifism,” could be proclaimed a motto of U.S. diplomacy towards Russia and China shaped by bloodthirsty journalism of The Atlantic. U.S. Institute of Peace, or NATO, also could take this motto, if Putin will not take it first. In that case, however, another quote of Hitler’s masterpiece could be used by Atlanticist geopolitical crusaders to win their competition in imperialist hubris with Kremlin’s Eurasianism: “anyone who sincerely wishes that the pacifist idea should prevail in this world ought to do all he is capable of doing to help the Germans conquer the world.” A little toponymic modification, and you have excellent excuse to stockpile nukes and other arms faster than your wannabe in other hemisphere, in the interests of national security and transnational corporate greed, or simply attempt to make pacifists cannon fodder against their will as Zelenskyy and Putin used to do with all tragic and ridiculous results of such a silly enterprise.

Mr Kirchick quotes a lot of peace voices without any meaningful rebuttal, in the style of an internet troll rather than a journalist. I don’t know, is it a dirty trick learned from Goebbels, or recklessness objectively adding sympathy to victims of his baseless attack, or his common sense might be so damaged by the propaganda of war that he expect from readers non-critical acceptance of his label “traitor” attached to each of these voices for peace and common sense. In any case, all he achieved with The Atlantic article is making himself and his holy war a laughing stock.

I don’t know how to call the current war in Ukraine politically correct, if such obscenity as the war could ever be called politically correct in any way. Western proxy war against Russia? Russian genocide of the tribe of Stepan Bandera? Ukrainian genocide of Soviet Man? Or a skirmish at the borders of Celestial Empire conveniently distracting foreign devils? Militarists may call it as they like making fun from the suffering of dehumanized enemies, but let’s talk seriously.

Propaganda of war, not advocacy of peace, is a real indicator of moral bankruptcy, if we are talking about genuine morality, not the perverted “morale.” Warmongers, not pacifists, with such articles as Mr Kirchick wrote, are filing petitions for bankruptcy. They may wonder why so many different people with contradictory views, on the left and on the right, idealists and realists, just reject empty promises of beneficial war demanding their peace back here and now. Didn’t they know that truth will always find its way?

Moral bankruptcy comes after replacement of the golden rule with a big iron. Tragedy is, we are witnessing not only moral bankruptcy of antihuman militarist ideologies of Atlanticism and Eurasianism, but literal bankruptcy of the world somehow temporarily hijacked by these ideologies on its way of historical progress, towards sustainable development, culture of peace and nonviolence.

Both in the Russian Federation and in the United States militarists promised total victory over weak enemies without significant losses. They said that Russia has enough people and weapons to prevail; they said that the West could supply as many weapons as needed for Ukrainian victory; they said they will rebuild cities and infrastructure on ruins after the end of war. What they managed to deliver instead is a self-destructive, never-ending war of attrition.

When you make people bet on a lose-lose strategy “at any cost,” you create a giant bubble doomed to burst and turn bankrupt almost all who trusted you. How to cope with it? Exploit your clients, friends and allies to remain relatively solvent for a while giving new unrealistic promises, building giant financial pyramide to feed your insatiable arms industry? Continue to pretend that all is going as planned, for long years imposing an unbearable amount of pain and suffering not only on Ukrainian and Russian people (tens of thousands of whose are already killed), but on whole humankind?

Chaos, fragmentation, and decline: all these words are frequently used to describe the world economy literally bankrupted by militarism. Hitler would be happy; he despised “the theory of the pacific conquest of the world by commercial means.” But Hitler didn’t have nuclear weapons.

When the long Peloponnesian War of democracies against autocracies led to the fall of Ancient Greek civilization, other civilizations came in its place. Some of them even dared to imagine democracy without slavery – so sacrosanct institution at the time that one of the first economic sanctions in history were imposed on Megara in revenge for giving shelter to Athenian fled slaves. Maybe it is time to imagine democracy without wars? I suggest taxpayers of the East and West could start global peacebuilding dialog contemplating together what is a difference between slavery and consumption of their income and welfare by agressive, inflating military-industrial complexes pretending to secure their nations but instead securing eternal war for profits and power.

If the nuclear war or climate change put an end to humankind, no other civilization will come to its place and our cultures with all our pointless wars will be forgotten forever. So, the war system is doomed to fail. Question is, will we the people outlive the war system? It is a simple choice between peace on Earth turned into a graveyard or, alternatively, pacified by an emerging nonviolent system of social life.

Now when militarism is already bankrupt, morally and literally, when it claims it is too big to fail and asks the people of rival camps to bail out the very war machine which kills them, no sane person will give a cent to the merchants of death. They may purchase propaganda of war, but with such articles as Mr Kirchick wrote it is no more than throwing money to the wind.