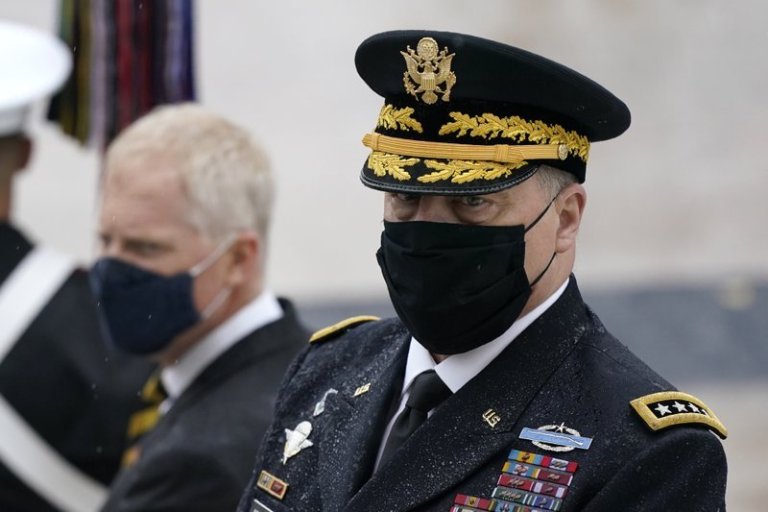 You may have heard that the U.S. House of Representatives just passed a bill to spend $741 billion renaming military bases that have been heretofore named for Confederates. You may think that’s a grand idea but still wonder at the price tag.

Of course, the secret is that — even though most of the media coverage is about the renaming of bases — the bill itself is almost entirely about funding (part of) the world’s most expensive military machine: more nukes, more “conventional” weapons, more space weapons, more F-35s than the Pentagon even wanted, etc.

Annually, the military appropriations and authorization bills are the only bills to go through Congress where the bulk of the media coverage is always devoted to some marginal issue and never to what the bill essentially does.

Almost never does media coverage of these bills mention, for example, foreign bases, or their huge financial cost, or the lack of public support for them. This time, however, there has been mention of the fact that this bill blocks the removal of U.S. troops and mercenaries from Germany and Afghanistan.

Trump wants to pull a fraction of U.S. troops out of Germany to punish Germany — or rather, the German government, or some imaginary Germany, since the German public is largely in favor of it. Trump’s comments on Afghanistan are no more sensible or compassionate than on Germany. But the notion that one could support troop withdrawals for very different reasons than Trump’s is virtually if not entirely absent from U.S. corporate media, because not represented by a major political party.

However, the Chairman of the Joint Chiefs of Staff Mark Milley this week expressed the view that foreign U.S. bases, or at least some of them, should be closed. Milley wants a bigger Navy, greater hostility toward China, and considers the war on Afghanistan a success. So, I don’t always agree with him on everything, to put it mildly. His reasons for wanting to close bases are not mine, but they’re also in no way Trump’s. So, one can’t avoid considering Milley’s proposal simply by declaring it Trumpian.

At least 90% of foreign military bases in the world are U.S. bases. The United States has more than 150,000 military troops deployed outside the United States on more than 800 bases (some estimates are more than 1000) in 175 countries, and all 7 continents. The bases are often environmental disasters, just as they are within the United States. And they are very often political disasters. The bases have proven to make wars more likely, not less likely. They serve in many cases to prop up oppressive governments, to facilitate the sale or gift of weaponry and the provision of training to oppressive governments, and to impede efforts for peace or disarmament.

According to an AP article published almost nowhere, Milley mentioned Bahrain and South Korea in particular. Bahrain is a viciously brutal dictatorship that has become more so during the Trump years, in direct response to support from Trump.

Hamad bin Isa Al Khalifa has been the King of Bahrain since 2002, when he made himself King, prior to which he was called Emir. He had become Emir in 1999 due to his accomplishments in, first, existing, and second, his father dying. The King has four wives, only one of whom is his cousin.

Hamad bin Isa Al Khalifa has dealt with nonviolent protesters by shooting, kidnapping, torturing, and imprisoning them. He has punished people for speaking up for human rights, and even for “insulting” the king or his flag — offenses that carry a sentence of 7 years in prison and a hefty fine.

According to the U.S. State Department, “Bahrain is a constitutional, hereditary monarchy. . . . Human rights issues [include] allegations of torture; arbitrary detention; political prisoners; arbitrary or unlawful interference with privacy; restrictions on freedom of expression, the press, and the internet, including censorship, site blocking, and criminal libel; substantial interference with the rights of peaceful assembly and freedom of association, including restrictions on independent nongovernmental organizations (NGOs) from freely operating in the country.”

According to the nonprofit Americans for Democracy and Human Rights in Bahrain, the kingdom is in “near-total violation” of the International Covenant on Civil and Political Rights, and its police force has established patterns of arbitrary detention, torture, rape, and extrajudicial killing. Bahrain is also “among the most heavily policed countries in the world, with approximately 46 MOI [Ministry of Interior] personnel for every 1,000 citizens. That is more than double the comparable rate at the height of Saddam Hussein’s dictatorship in Iraq, which dwarfed similar regimes in Iran and Brazil.”

War propagandists who love to pretend that a country about to be bombed consists of a single evil individual would pay big money to have the opportunity to use Hamad bin Isa Al Khalifa as a stand in for the suffering people of Bahrain. But Al Khalifa is not a target of U.S. media or the U.S. military.

Hamad bin Isa Al Khalifa was taught by the U.S. military. He is a graduate of the United States Army Command and General Staff College at Fort Leavenworth in Kansas. He is considered a good ally of the U.S., British, and other Western governments. The U.S. Navy bases its Fifth Fleet in Bahrain. The U.S. government provides military training and funding to Bahrain, and facilitates the sale of U.S.-made weapons to Bahrain.

The King’s eldest son and heir apparent was educated at American University in Washington, D.C., and at Queen’s College, University of Cambridge, England.

In 2011, Bahrain hired a U.S. police chief named John Timoney, with a reputation for brutality earned in Miami and Philadelphia, to help the Bahraini government intimidate and brutalize its population, which he did. As of 2019, “police continue to receive training for their largely US-made arsenal. From 2007 to 2017, the American taxpayer provided nearly $7 million in security assistance to the MOI and specifically the riot police — a notorious national police force responsible for dozens of extrajudicial killings, countless protest raids, and reprisal attacks on prisoners. President Donald Trump is now extending MOI training programs after units failed Leahy Law vetting under the Obama Administration, proposing an extensive 10-course program for 2019 that includes advice on ‘attack methodologies.’”

Milley did not mention Bahrain because of any of my concerns, nor because he does not want massive naval fleets stationed around the globe; he wants more of them. But Milley thinks that it’s costly and dangerous to station large numbers of U.S. troops and their families on distant bases.

According to Military Times, Milley “is joining a growing chorus of senior defense officials who have questioned the need for permanently stationing troops around the world.” Milley’s concern is that this endangers family members. “I don’t have a problem with us, those of us in uniform, being in harm’s way ― this is what we get paid for. This is what our job is, right?” he said. Should that be anyone’s job? If bases create hostility, should anyone who couldn’t afford college have to go occupy them for the benefit of weapons dealers? I know my opinion on that. But even the Chairman of the Joint frickin Chiefs of the institution that pretty well rid North America of chiefs doesn’t want to station people’s families at foreign bases anymore.

The problem may be that spouses’ and family members’ reluctance to live in apartheid gated armed communities is hurting recruitment and retention. If so, three cheers for the families! But if the bases aren’t needed, and we know the harm they do, and U.S. public dollars don’t have to fund the creation of all these mini-disneyland-Little-Americas behind Trumpish walls, why not stop doing it?

Milley also mentioned South Korea, another spot where Congress has in recent years excitedly blocked the never-even-proposed removal of any U.S. troops. But South Korea now has a government willing to stand up to the U.S. government, and a public that knows the U.S. troops and weapons are the primary impediment to peace and reunification. Trump’s nastiness in this case takes the form of demanding that South Korea pay more for its U.S. occupation (admittedly not as crazy as Neera Tanden’s desire that Libya pay for being bombed), but Milley’s motivation is, again, different. Milley, according to AP, is worried that if the United States finally manages to get into a new war, the family members of U.S. troops will be at risk. There’s no mention of the families who actually inhabit the countries of Asia. There’s open willingness to risk the lives of U.S. troops. But U.S. troops’ families — those are the people who matter.

When even that sort of limited morality favors closing bases, perhaps opening and maintaining bases should be seen in a harsher light than U.S. media allows.

Milley recognizes the inertia, and presumably the profits and politics behind it. He proposes that shorter stays for troops without families might be a solution. But it’s not much of one. It doesn’t address the fundamental problem of putting armed camps in everybody else’s countries. It doesn’t consider the views of the U.S. public at large. If I had to watch a sports event on TV and be told that armed U.S. troops were watching it from 174 countries instead of 175, I would not be traumatized, and I’d wager almost nobody would even notice. I think the same would be so for 173 or 172. Hell, I’d be willing to simply poll the U.S. public on how many nations the U.S. military now has troops in and then reduce the reality to whatever people think it is.