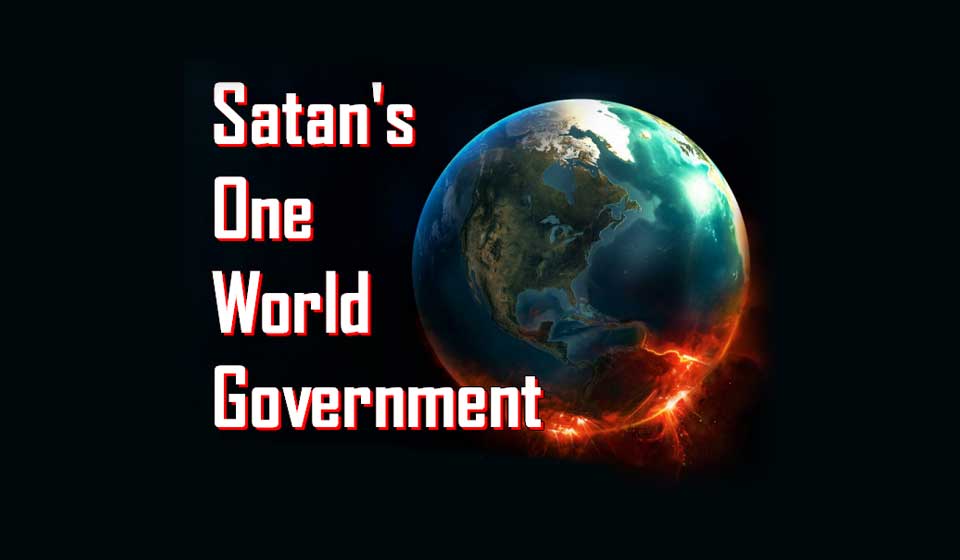 I saw a criticism of NPR for reporting on claims that coronavirus is being used to set up a world government. The criticism was that NPR never mentioned that the claims are nonsense lacking any documentation. I have an additional criticism: neither NPR nor its critics mentions that it might be a very good thing if such claims were true.

There’s nothing completely new here. Often the very best ideas in U.S. politics are things that paranoid rightwingers allege are happening. But it’s worth explaining why, and getting some of the details right. For example, I’d rather not have the Antichrist be in charge of the new world government, in part because he sounds horrible, but principally because he’s a nonexistent fictional character. (Same with Satan and the rest of the gang.)

But why have a global government at all? Why might that be a good thing?

Well, you may have noticed with the coronavirus crisis if you hadn’t with darn near everything else, that the United States government does a worse job of things than what is the norm among other governments. Just as the U.S. government can’t seem to test people and track their contacts, apart from people who visit the White House, it also manages, with more money per capita than just about any other country, to produce, in comparison with other wealthy countries: less health, shorter lifespans, less financial security, less happiness, more violence, more poverty, more inequality, more hunger, more environmental destruction, more incarceration, more war, and of course less freedom.

Among the primary reasons for the shortcomings of the U.S. government could be its size. That is indeed a danger we need to look out for. Certainly we have virtually no control over it, which is exactly what world-government-fearmongers claim (honestly or not) worries them about a world government. But without any doubt at all, among the chief reasons for the U.S. government’s dramatic and pathetic failures is its obsession with hating and attacking and dominating and competing with other national governments.

The U.S. government spends the majority of the money it decides what to do with every year on militarism. This fuels an extravaganza of corruption, unaccountability — and destruction and death. It generates miserable little excuses of enemies to justify its continued existence. But the military leviathan holding off the Iranian menace doesn’t collapse before the coronavirus. There’s nothing there to collapse. The Iranian menace doesn’t exist any more than the Antichrist does. Iran spends less than 2 percent what the U.S. does on militarism, hasn’t started a war in centuries, has never had a nuclear weapons program, and isn’t any danger to the United States.

Not only is the median level of performance during coronavirus among national governments far superior to that of the Trump-Pelosi-McConnell Show, but the poor excuse we already have of a quasi-world-government, the United Nations, is doing far better. And where the United Nations does worst, it does so at the insistence of the U.S. government – which is, for example, blocking the rest of the world from pursuing a ceasefire.

Imagine if a world government — which, in case you aren’t clear on this, really doesn’t have any other worlds to compete against and hate and slaughter — were redesigned even half as well as some of the most representative national governments on earth. Imagine if the biggest weapons dealing and warmongering nations weren’t given veto powers to derail the thing. Imagine if a bit of military loot was redirected toward actual needs, pursued cooperatively, pooling all relevant knowledge and resources. Imagine if the people running the thing were made responsible to the people living on this planet, and not controlled by two disastrous political parties that promise never to impeach or remove each other’s criminal officials unless Russia can be blamed in the process.

The first step toward achieving such a thing might be ceasing to denounce the idea of it as crazy, which is just what those pretending it’s already in the works want you to do.