In New Zealand, World BEYOND War and Friends Give Out 43 Peace Poles 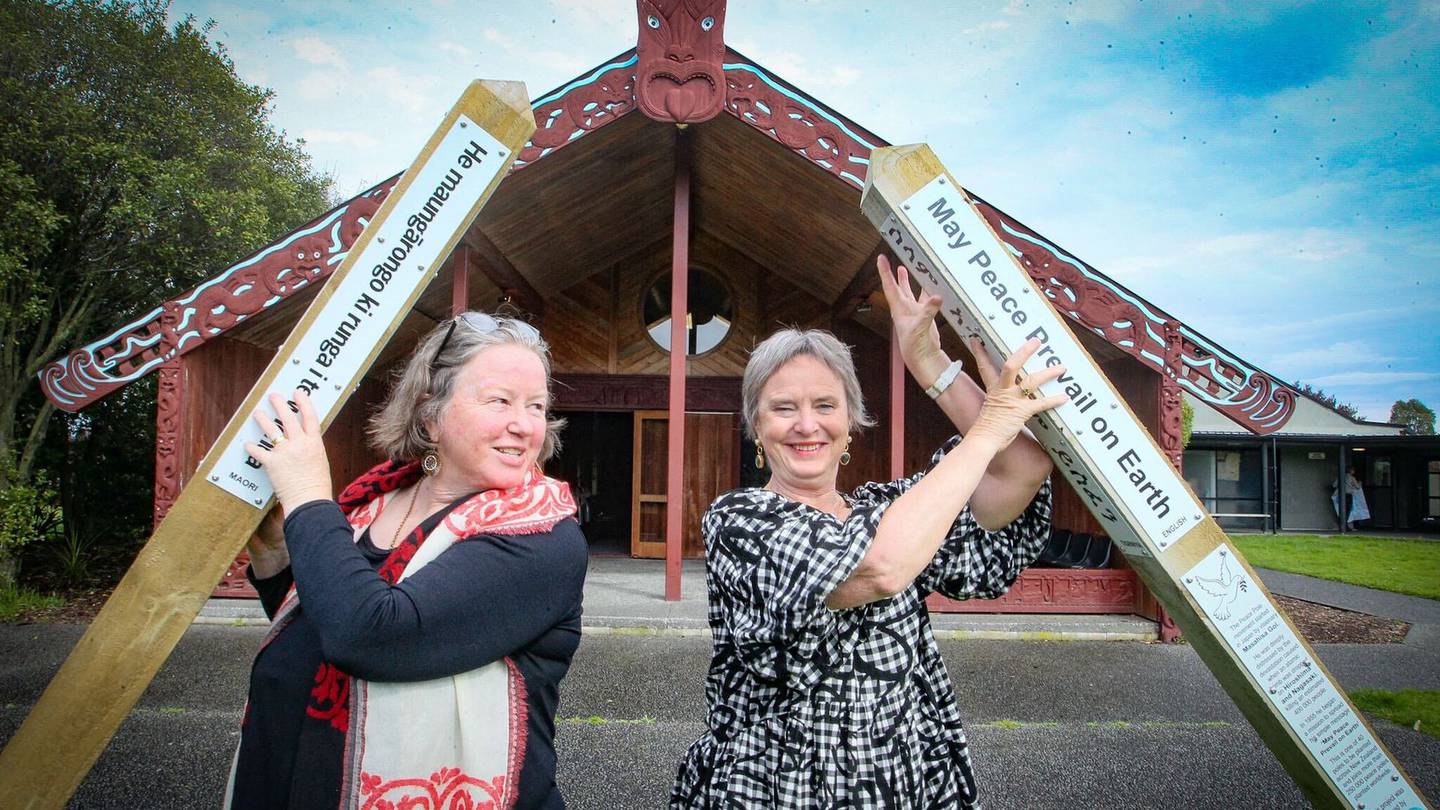 The 43 ‘Peace Poles’ that were installed in Hastings’ Civic Square during summer will be gifted to permanent homes in schools, churches, marae, parks and public spaces this Wednesday in a special gathering at Te Aranga Marae, Flaxmere.

The poles or pou stand two metres high in the ground and are made of wood and metal plaques with the words ‘May Peace Prevail on Earth/He Maungārongo ki runga i te whenua’,and two other languages from the total of 86 other languages spoken here, reflecting the diversity of the region.

Hawke’s Bay Peace Poles/Te Matau a Māui Ngā Pou Rangimarie coordinator Liz Remmerswaal says it is hoped that they will be an inspiration as well as a challenge to communities to use non violent ways of dealing with conflict.

Local organisations working in this space have been invited  and there will be a discussion on ways of living peacefully in the community.

“It will be wonderful if our regions can become an example of peace making and non violence in Aotearoa,” says Mrs Remmerswaal.

The project was started with a grant from the Hastings District Council Vibrancy Fund and has been supported by Stortford Lodge Rotary, World Beyond War, the Hawke’s Bay Multicultural Association and Quaker Peace and Service Aotearoa New Zealand.

The Peace Pole Project was started in Japan by Masahisa Goi (1916 1980), who dedicated his life to spreading the message, May Peace Prevail on Earth. Mr. Goi was greatly affected by the destruction caused by World War II and the atomic bombs which fell on the city of Hiroshima and Nagasaki.