Past experiences in public leadership evoke wisdom, insights and problem-solving competence, as well as the opposite, leading to global disasters. Two historical events are superbly illustrative.

In 1962, there was tension between the United States and the Soviet Union during the Cuban missiles crisis. At a graduation ceremony at the American University in Washington D.C., the speaker was President Jack Kennedy. I was sitting a few feet away as a recipient of my undergraduate degree. We listened to a most noteworthy public policy speech in modern history.

“In the coming war, there will be no winner,” he said, “We have the power to destroy the earth, and they do too.” He continued to emphasize the dangers of armament and how in a future world war no one will be able to celebrate victory, we all will be losers. Therefore, he said, “Last night I asked my top aid Averell Herriman, to fly to Moscow, meet with Khruchev,” and discuss reduction of nuclear weapons in both countries. President Kennedy confirmed the U.S. will continue a moratorium on nuclear testing in the air. He called on the Soviet leaders to do the same. Ultimately, an agreement between the super powers was reached. 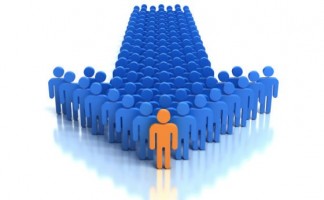 The impact of President Kennedy’s speech at the American University graduation ceremony was swift and profound. The world was relieved of expected catastrophic development had the two super powers stuck to their extreme positions. Reason, diplomacy and regard to common interests prevailed. Agreements and negotiations continued between the two nations for avoiding arms race and pursuing nuclear arms reduction. The cold war strategy of “mutually assured destruction” came to an end because of competent and responsible leadership.

Today, with a new leadership in the White House, the administration wishes to build walls, deepening the separation of nations. The actions display developing suspicion, threatening verbiage, undermining historical alliances and creating constant fear of the next crisis: Tension with Mexico, discrimination against Muslim nations, apprehension of NATO countries, animosity towards China and stimulation of small countries to violate international law. Israel is building huge settlements over Palestinian lands, in violation of international law, preventing future peace with the Palestinians, and denying them a future state. The super powers are rushing to expand nuclear weapons and enhance their enormous military capabilities. The diplomatic language is replaced with a language of subtle threats and defiant actions.

Another educational example in managing public affairs is by the late Governor of Florida, Rueben Askew. I learned about it from him directly in the late 1990s, when we both were visiting professors at the School of Public Administration and Policy named after the Governor, at the Florida State University in Tallahassee. Governor Askew was a reformer of governing in Florida. He initiated the ethics movement in the government. He served as the Ambassador of International Trade during the Carter administration.

One day before departing to Japan to negotiate trade agreement, his staff conveyed to him that the heads of the three U.S. auto companies requested to meet with him before departure to Tokyo the next day. In this meeting, the governor pointed out the three heads of the auto companies demanded he negotiate a limitation on Japanese auto imports to the United States. The Japanese autos were flooding the market and the auto companies wanted to establish a quota to stop their growth. The Governor, without hesitation, rejected their demands. He pointed out with a quota on imports, auto manufacturers will raise prices, punishing American consumers with billions of dollars. There is only one way to deal with the problem effectively, the Governor replied emphatically: “Clean your act. Improve the quality of your product and compete fairly.” Governor Askew said he remains proud of his position because American auto manufacturing has improved significantly since that meeting, and will continue to upgrade and compete. There was no consideration to quota or tariffs to punish the other side. Simply, “clean your act” to get better results.

These two cases demonstrate a successful public leader acts professionally, is intellectually informed and is morally fit to produce sound, strategic and deliberative public decisions that serve the common interests. Leaders who are truculent, overbearing and intellectually ill-informed tend to produce chaos and disasters. After years of serious efforts to reduce the number and size of nuclear weapons, the nuclear arms race between the superpowers is alarming. Recent pronouncements by political leaders indicate a retreat from earlier values and the start of chaotic national and global conditions. Public policies announced hastily on immigration, health and foreign relations caused deep divisions with various political groups, community organizations and even the judiciary. The consequences of leadership debacles not only fail to serve the common interest, they may lead to grave adversities.