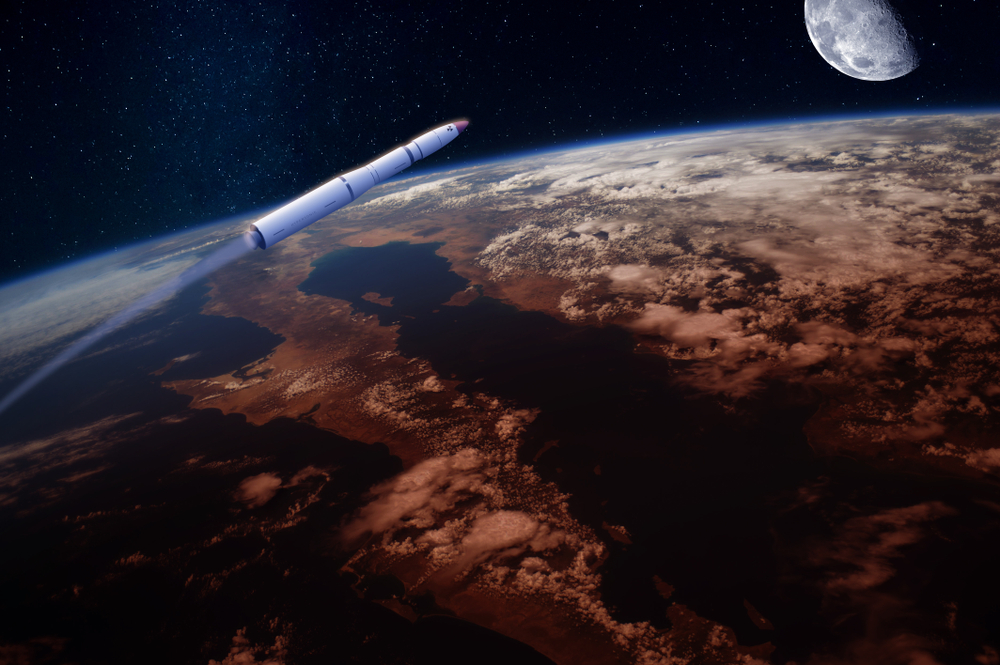 From War Is A Crime

In late May of this year, President Donald Trump’s special envoy for arms control bragged before a Washington think tank that the U.S. government was prepared to outspend Russia and China to win a new nuclear arms race.  “The president has made clear that we have a tried and true practice here,” he remarked.  “We know how to win these races and we know how to spend the adversary into oblivion.”

This comment was not out of line for a Trump administration official.  Indeed, back in December 2016, shortly after his election, Trump himself proclaimed that the United States would “greatly strengthen and expand” the U.S. government’s nuclear weapons program, adding provocatively:  “Let it be an arms race.  We will outmatch them at every pass and outlast them all.”  In a fresh challenge to Russia and China, delivered in October 2018, Trump again extolled his decision to win the nuclear arms race, explaining: “We have more money than anybody else, by far.”

And, in fact, the Trump administration has followed through on its promise to pour American tax dollars into the arms race through a vast expansion of the U.S. military budget.  In 2019 alone (the last year for which worldwide spending figures are available), federal spending on the U.S. military soared to $732 billion.  (Other military analysts, who included military-related spending, put the figure at $1.25 trillion.)  As a result, the United States, with about 4 percent of the world’s population, accounted for 38 percent of world military spending.  Although it’s certainly true that other nations engaged in military buildups as well, China accounted for only 14 percent of global military spending that year, while Russia accounted for only 3 percent.  Indeed, the United States spent more on its military than the next 10 countries combined.

The vast military superiority enjoyed by the United States, however, was not nearly enough for the Trump administration.  In February 2020, the administration introduced a 2021 fiscal year budget proposal that would devote 55 percent of the federal government’s $1.3 trillion discretionary spending to the military.  By 2030, the military proportion of the federal budget would rise to 62 percent.

Today, about four months later, this top priority for military spending might strike many Americans as bizarre.  After all, a disease pandemic continues to plague the nation (with over 117,850 deaths thus far), a large portion of the economy has collapsed, unemployment has reached the catastrophic levels of the Great Depression, and American cities are torn by strife.  Wouldn’t this be an appropriate time to focus America’s financial resources on public healthcare, educational opportunity, decent housing, and a major jobs program―or, in the words of the U.S. constitution, to “promote the general welfare”?  But Republican officials argue that these and other public assistance measures are “too expensive.”

What are not “too expensive” are the administration’s big ticket weapons programs, which, even by military standards, are of dubious value.  Not surprisingly, Trump continued pouring money into purchasing Lockheed Martin’s F-35 combat aircraft, which, though an operational disaster, had cost U.S. taxpayers $1.4 trillion by 2017.  Another pet project, quickly embraced by Trump, was the newest and costliest U.S. aircraft carrier, delivered with fanfare to the Navy in late May 2017 for $13 billion.  Its only problem was that it had difficulty launching planes from its deck and facilitating their landing.  Yet another very expensive military project is U.S. missile defense.  Originally derided as “Star Wars” when Ronald Reagan began promoting it in the 1980s, it has become an obsession with Republicans, who have managed to secure more than $250 billion in U.S. government funding for it thus far.  Nevertheless, it continues to fail most of its tests against intercontinental ballistic missiles, despite the fact that these tests are heavily scripted.

One of the most cutting-edged of the U.S. government’s current military weapons projects is the hypersonic missile.  Capable of traveling five times faster than the speed of sound (3,800 mph), hypersonic missiles with nuclear warheads are immensely appealing to the military establishments of Russia, China, and the United States.  In this case, too, however, there is a serious problem:  Given the missile’s incredible speed, it produces immense heat while traveling through the atmosphere, thus diverting or destroying it before it reaches its target.  Even so, this weapons project should produce yet another bonanza for Lockheed Martin, the world’s largest arms manufacturer, which has already received $3.5 billion for preliminary work on it.

Of course, the Trump administration has not forgotten about an array of its high tech weapons that do work.  America’s 5,800 nuclear weapons, capable of being launched from land, sea, and air, provide staggering firepower―more than enough to destroy most life on earth.  The current nuclear arsenal, however, is viewed as insufficient by the Trump administration, which is engaged in a vast “modernization” program to rebuild the entire nuclear weapons complex, including new production facilities, warheads, bombs, and delivery systems.  The price tag for this enormous nuclear buildup, which will occur over the next three decades, has been estimated as at least $1.5 trillion.

Against a backdrop of economic and social collapse, plus potential global destruction, the obvious thing to do is to pull out of this immensely costly and bizarre arms race and, instead, foster arms control and disarmament agreements with other nations.  But Trump seems determined to cast off whatever progress in this direction his predecessors have made, scrapping the INF Treaty, withdrawing from the Iran nuclear agreement, terminating the New START Treaty, and scuttling the Open Skies Treaty.  For a variety of reasons—rewarding giant corporations, getting reelected, and dominating the world―Trump remains fixated on “winning” the arms race.

When it comes to increasingly desperate Americans, their lives and livelihoods spiraling downward, his message seems to be:  Let them eat weapons!

Lawrence Wittner (https://www.lawrenceswittner.com/ ) is Professor of History Emeritus at SUNY/Albany and the author of Confronting the Bomb (Stanford University Press).