By David Swanson, World BEYOND War, August 8, 2019
Remarks August 6, 2019, at Hiroshima to Hope in Seattle, Washington 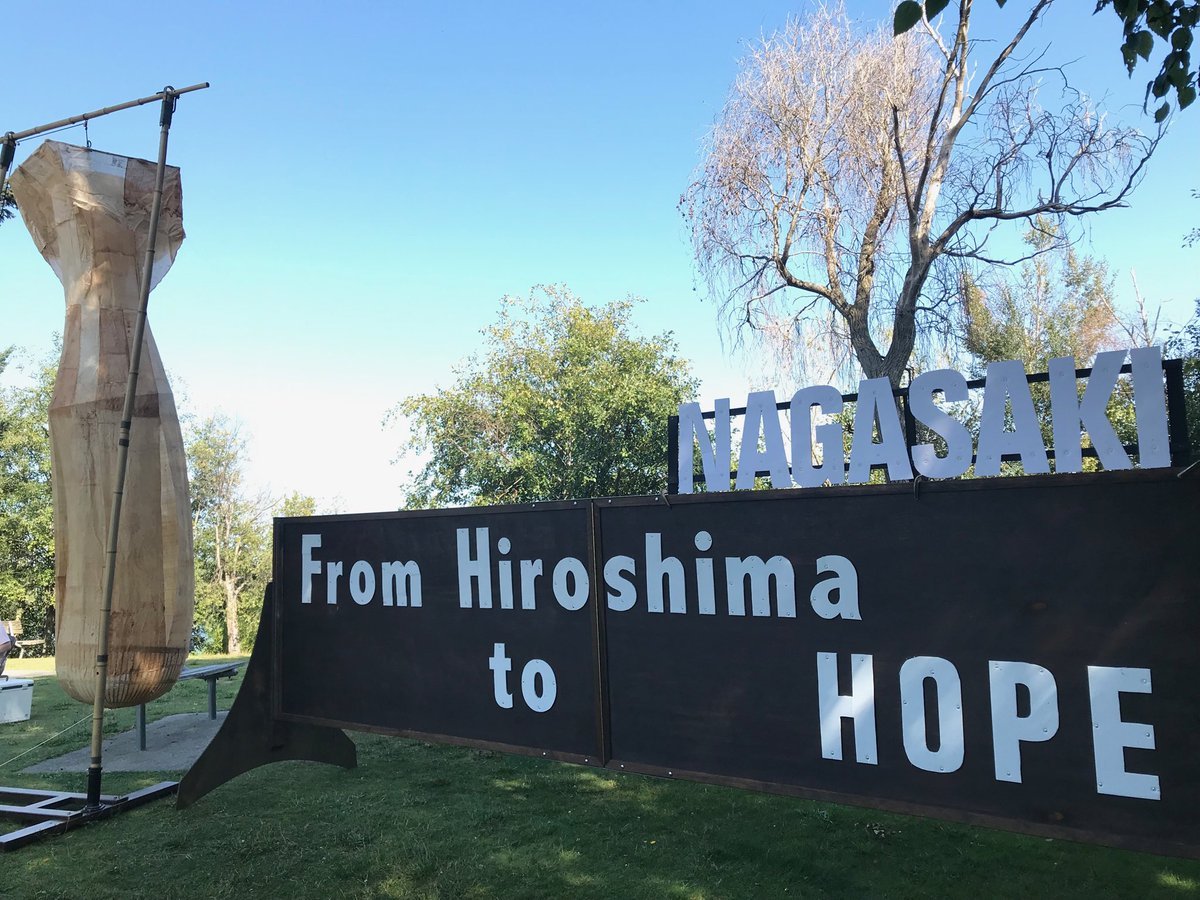 We can remember the horrific way in which those killed were victimized, in hopes of manipulating ourselves into doing something serious about it. We can remember those who were instantly vaporized, but also those half-burnt, partially melted, those eaten out from the inside by maggots, those who died slowly in excruciating pain and in the presence of their screaming children, those who died from drinking water they knew would kill them but who were driven to it by thirst.

And then, when we are ready to take action, when we have built up a righteous anger, what is it we should do? We should not, of course, commit some new atrocity under the banner of cosmic balance. Nuking Washington D.C. or spray painting Harry Truman’s grave would not honor anyone in any way. Instead of resorting to magical means of undoing the mass killing, we have to face up to the fact that we cannot in any way whatsoever undo it. We cannot bring back those slaughtered in Japan 74 years ago. We cannot bring back any of the millions murdered in that war or any of the millions murdered in any of the wars since.

But here’s the good news. There are many things that are commonly thought of as just as impossible or more so than bringing back the dead which we most certainly can do. And they are things that I believe honor the victims in the most profound way imaginable.

The key to understanding this is that, apart from feedback loops set in motion by environmental destruction, anything — absolutely anything — created by humans can be uncreated by humans, can be replaced by something radically different by humans.

After the bombings that did not end the war, after the Soviet invasion, after the war finally did end, a system of victors’ justice was established in which war was for the first time prosecuted as a crime, but only if you’d lost it. An international system of government was created which, this time around, the United States joined, but it was a system that made the biggest war makers and weapons dealers more equal than everybody else. The veto power at the UN Security Council is not an immutable genetic or physical or mystical inheritance. It’s words on a computer screen. The International Criminal Court does not have to prosecute only Africans in the way in which an apple that detaches from a tree has to move downward, but rather in the way in which the U.S. House of Representatives had to oppose ending the Korean War until this past month when it started supporting ending the Korean War.

The same body, which I usually refer to as the House of Misrepresentatives, also this past month passed a requirement that every foreign U.S. base be justified as benefitting U.S. security. If that were to be followed through on, the U.S. would not become able to undo the injustice inflicted on Hiroshima and Nagasaki, but it would be compelled to cease inflicting injustice on Okinawa. 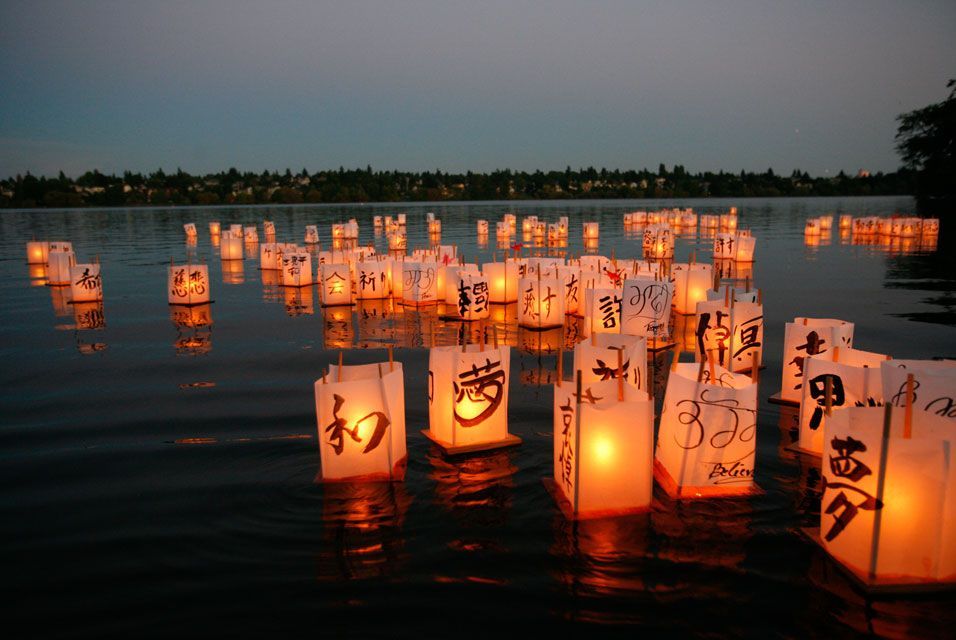 The notion that the U.S. government, misrepresenting 4% of humanity, cannot do what most of humanity’s governments do because of a nonexistent imaginary monster called “human nature” is the purest example I know — of George Orwell’s description of propaganda. He said that propaganda gives an appearance of solidity to pure wind.

Nuclear weapons are not our masters. We are their masters. We can dismantle them like duelling grounds and segregated water fountains and electric chairs and statues of Confederate generals if we choose to. But it will be difficult to do so without dismantling the institution of war. A nation like North Korea does not appear eager to give up its nukes while under threat of attack, even if that attack would use non-nuclear weapons. Yet, again, there’s good news. The institution of war can be dismantled too. And, for those who’ve been tragically misinformed that nothing new can happen, it’s worth noting that most humans who have ever lived have had nothing to do with war, and most human societies have had nothing to do with war. Those who do participate in war, even from the comfort of a joystick in a trailer in Nevada, usually suffer for it horribly. They are not driven to it by their inherent inevitable core whatchamawhootchie; they are driven to it by deprivation of a good education and prospects for a good nonviolent life.

Some countries spend $0 per year on war. The United States spends $1.25 trillion. No other country is closer to the United States than it is to $0. All other countries combined are closer to $0 than to the U.S. level of spending. We can and we must convert from militarism to environmental protection. The benefits will be economic, social, moral, environmental, and beyond our capacity to fully imagine. We can shift from hostility to generosity. One percent of the U.S. military budget could give the world clean drinking water. Three percent could end starvation worldwide. Start trying to imagine what 8% or 12% could do.

It is well documented that 95% of all suicide terrorist attacks are conducted to encourage foreign occupiers to leave the terrorist’s home country. In fact, I’m not aware of a foreign terrorist threat, attempt, or action against the United States, in which a motivation was stated, where that motivation was anything other than opposition to U.S. military imperialism. Meanwhile precisely 0% of terrorist attacks, suicide or otherwise, have been motivated by resentment of the generous giving of food, water, medicine, schools, or clean energy.

Government secrecy and suspicion and surveillance are not inevitable, and not defensible without first accepting the baseless assumptions of a culture gone mad for war. Actual democracy is possible. Governance by public vote or by representatives who have not been bought and paid for is possible. Completely altering our ridiculous beliefs in the inevitability of certain institutions is possible. Not only is it possible, but it constitutes the major events in human history. The notion that we cannot make such changes is a lie. The claim that we are powerless is a vicious lie.

Peace activist Lawrence Wittner once asked former officials from Ronald Reagan’s Administration about the Nuclear Freeze movement, and they usually claimed they’d paid no attention to it. Then one of them, Robert McFarlane spilled the beans, recounting a “massive administration campaign to counter and discredit the freeze.” When Wittner then interviewed Ed Meese, Meese claimed to know nothing, until Wittner told him what McFarlane had said. And, Wittner says, “a sheepish grin now spread across this former government official’s face, and I knew that I had caught him.” When you’re tempted to internalize the absurd notion that they aren’t paying attention to us, remember that all government is always on the verge of a sheepish grin.

At World BEYOND War we are working on peace education, on mobilizing action, on divesting funds from the war machine, on closing foreign military bases — and domestic bases too. We are eager to work in partnership with anyone and everyone to advance these goals. When Joe Hill asked us to not mourn his death but to organize for the change he had worked for, he gave us advice so powerful that when we follow it, it becomes harder to think of Joe Hill as a victim. We’re almost forced to think of him as an ally. Perhaps if we imagine the victims of Hiroshima and Nagasaki asking us to not mourn but organize we can after all achieve the impossible, we can undo their victimization and honor them as our brothers and sisters in struggle.

Perhaps we can imagine Shelley speaking to the nuclear victims, saying Rise like Lions after slumber In unvanquishable number, Shake your chains to earth like dew Which in sleep had fallen on you – Ye are many – they are few. 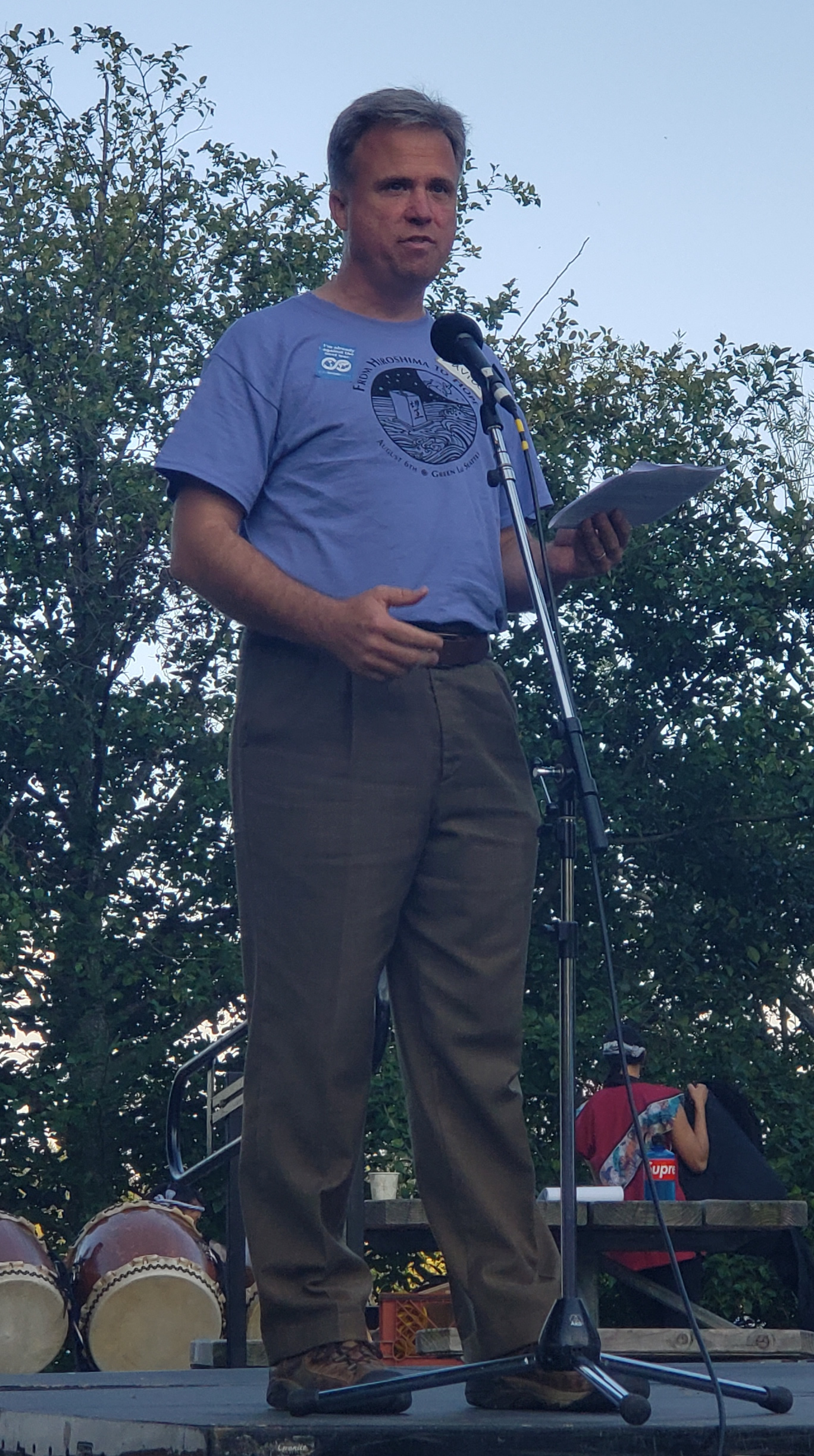