Maryland, My Maryland! Test These Waters For PFAS

The military is poisoning Maryland’s water and seafood. Let’s test the water at these locations to see how bad it is.

Last month the Maryland Department of the Environment released a report  that found no cause for alarm regarding the presence of PFAS in the St. Mary’s River and its oysters near a navy base that dumped the substances into the water during routine fire-fighting exercises.

The chemicals, per – and poly fluoroalkyl substances, are linked to cancer and fetal abnormalities.

Sadly, this statement over-reaches the conclusions drawn in the report which were based on an analysis of PFOA and PFAS alone. The report contained incomplete data and incomplete testing of all PFAS.  More importantly, the detection limits for this study were set at 1 ug/kg. That’s one microgram per kilogram and this is preposterous!

Oysters in the St. Mary’s River and in St. Inigoes Creek were found to contain more than 1,000 parts per trillion (ppt) of the highly toxic chemicals. Oysters were analyzed by Eurofins, a world leader in PFAS testing.

The Harvard School of Public Health and leading scientific institutions around the world tell us not to consume more than 1 ppt of these substances daily. These chemicals are in a league of their own.  They’re analyzed in the parts per trillion rather than in the parts per billion like other carcinogens.

Many states have enacted regulations that limit the levels of PFAS in drinking water to 20 ppt.  One deliciously fried St. Mary’s River oyster dipped in tartar sauce  tops that by 50 times – and that’s OK with the folks in Maryland who are in charge of protecting our health.  All seafood in the watershed is likely to be contaminated. Maryland women who may be pregnant should not eat the local seafood.

Surface waters and groundwaters emanating from military bases contain the highest levels of toxic per- and poly fluoroalkyl substances, (PFAS) on earth. The substances bioaccumulate in fish, often at several thousand times the levels in water.

Thousands of creeks and rivers across the country near military bases carry dangerously high levels of the toxins.  Many species of fish have been found with more than a million parts per trillion near military bases and some with more than 10 million parts per trillion.  Eating seafood from contaminated waters is the primary pathway through which PFAS enters our bodies. Contaminated drinking water is a distant second.

The seven surface water locations above: Aberdeen, Fort Meade, Naval Academy,  Chesapeake Beach, J.B. Andrews, Indian Head, and Pax River were chosen because of their close proximity to documented use of PFAS-laden fire-fighting foams. They have all been surveilled and sampling of waters flowing from bases is accessible to the public.

The state of Maryland is particularly vulnerable due to a high number of military installations in the geographically compact Maryland Chesapeake watershed. Maryland’s Department of the Environment is behind most states in taking steps to protect the public from this scourge.

There are at least 94 active and/or closed military installations in the state. (See the excel spreadsheet: ”Maryland Military Bases”. 23 of these sites have confirmed or “suspected” use of PFAS by the DOD. It’s up to the state to protect its residents with the EPA on the sidelines. The first step involves launching an aggressive testing regime to examine the levels of these “forever chemicals” at these military installations, especially the ones where the military admits the substances were used.

Here are the heavy hitters:

“There are risks at the site from soil and groundwater.  Soil risks to human health were primarily defined by lead hot spots at the former fire training area; some of the hot spots are as deep as 14 feet (at or near the water table). There are additional potential risks to human health and the environment at the Burn Residue Disposal Area (BRDA).”

Aside from this,  the Army has published  nothing on PFAS use at Aberdeen.  If the levels of contamination of dozens of other toxic chemicals recklessly dumped into the bay at Aberdeen are any indication, the base, situated near the headwaters of the great Chesapeake estuary, belches out obscene amounts of PFAS. 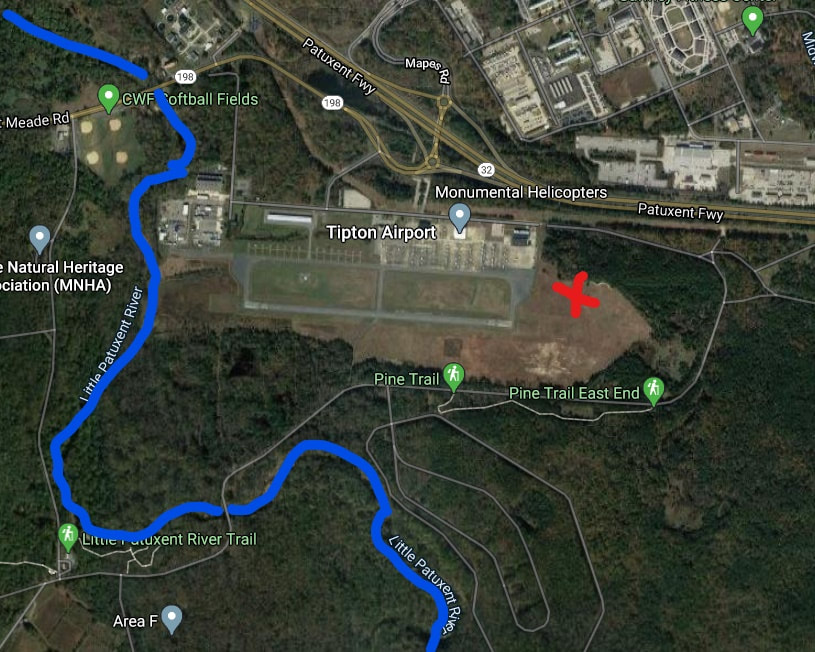 The Navy says it is testing for PFAS at the headwaters of the Naval Station Lagoon. We don’t have the results and we’re not sure we would trust them if we had them, considering the track record of the  Navy.  Our best independent bet is to collect a sample of the water in the Severn River by the Naval Station Lagoon Primary Spillway Discharge Outfall.

In 54 out of 68 wells tested by the military in Annapolis, concentrations of PFAS were found to exceed 70 ppt and some were recorded at 70,000 ppt., a thousand times greater than the EPA’s inflated lifetime limit levels. The worst contamination was found at Bay Head Park, near the Children’s Theatre of Annapolis. The area  was once a Naval weapon’s testing facility. Groundwater was found at 70,000 ppt here. The surface water drains into the Chesapeake Bay. 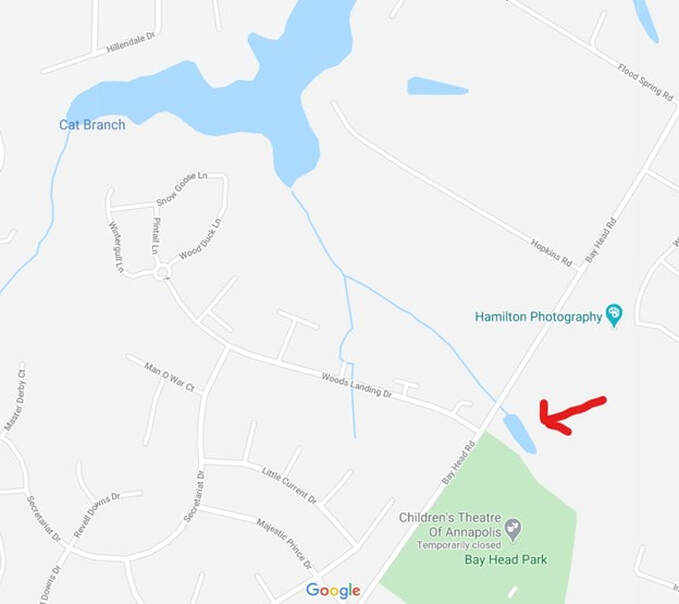 See The Arundel Patriot, one of the state’s great independent newspapers.

The Air Force has published groundwater results showing PFAS contamination at 40,200 ppt. Surveillance of the creek near the fence of the base showed areas covered with white foam in August, 2020. The creek empties into the Potomac at the National Colonial Farm at Piscataway Park.

Indian Head may be one of the most intensely contaminated patches of real estate in the country. Site 71 was used as a burn pit for fire training purposes. Indian Head has listed this as an “area of concern” for AFFF use containing PFAS.  They have still not divulged the levels of PFAS contamination.  Areas along Mattawoman Creek to the south sometimes have foam collecting along the shore. Water in the creek and the river should be tested.

The groundwater near the fire pit within the yellow area showed 241,000 ppt of PFOS.  The site has been continuously used by the Navy since 1968.  The private residents on Karen Drive, just 1,200 feet away, have drinking wells that have never been tested for the toxins. Surface water samples ought to be taken from the bay and streams flowing away from the base.

Although the Navy has released data showing 1,137.8 ppt of PFAS in the groundwater at the southwest corner of the base, it has not divulged much higher levels of the toxins believed to be in the groundwater near the burn pit at Hog Point or near several hangars where foam-fitted overhead suppression systems were routinely tested and often malfunctioned.