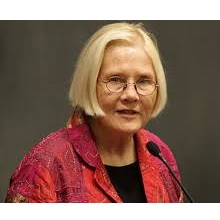 The following will address U.S. government policy toward WikiLeaks and whistleblowers:

* Ann Wright is a retired U.S. Army Reserve colonel, and a 29-year veteran of the Army and Army Reserves. As a U.S. diplomat, Wright served in Nicaragua, Grenada, Somalia, Uzbekistan, Krygyzstan, Sierra Leone, Micronesia and Mongolia and helped re-open the U.S. embassy in Afghanistan in 2001. In March of 2003, she resigned in protest over the invasion of Iraq. She is co-author of Dissent: Voices of Conscience.

* Jesselyn Radack is National Security and Human Rights Director of WHISPeR — Whistleblower and Source Protection Program — at ExposeFacts. Her clients have included NSA whistleblower Edward Snowden. She’s also a whistleblower herself. While at the Justice Department, she disclosed that the FBI committed an ethics violation in their interrogation of John Walker Lindh.

* Ray McGovern, a former Army officer and CIA analyst who prepared the President’s Daily Brief (under the Nixon, Ford, and Reagan administrations), is co-founder of Sam Adams Associates for Integrity (see: samadamsaward.ch), which gave Julian Assange its annual award in 2010. Sam Adams Associates strongly opposes any attempt to deny Julian Assange the protections that are his as a journalist.