Not even the proposed FY2018 discretionary budget can induce scientists to talk about war.

By Kathy Barker, Scientists as Citizens. 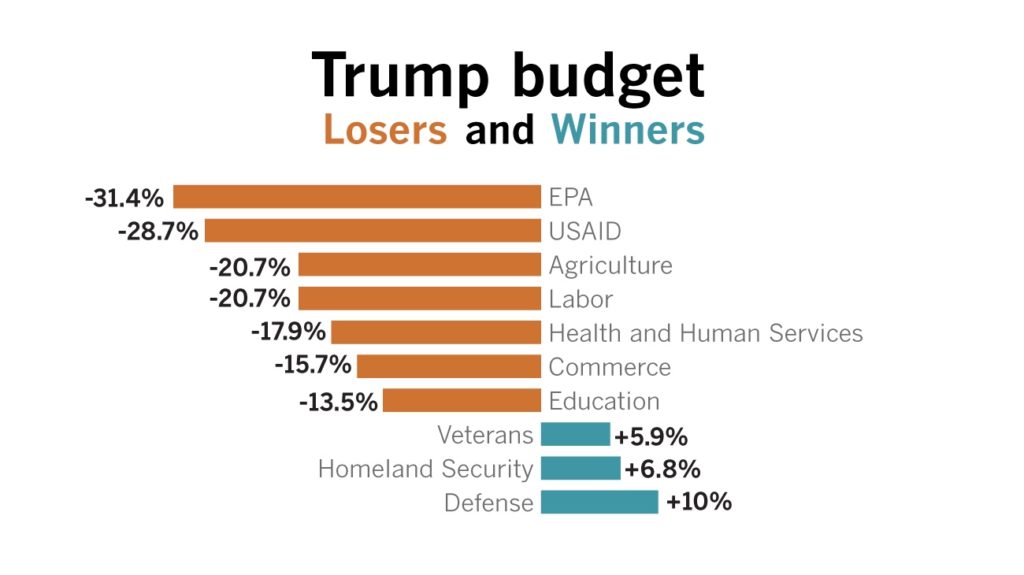 In spite of the growing realization that the political is part of science, that scientists can be activists and that racism and climate change are suitable topics for activism, that protection of refugees is paramount, and that research will be defunded as over half the discretionary budget already goes to war, there is a shocking silence from scientists against militarism and war.

It wasn’t always so. During the war against Vietnam, for example, scientists protested, started food banks, and worked to stopped military funding on campuses. Linus Pauling, who was awarded not only the 1954 Nobel Prize in Chemistry but also the 1962 (awarded in 1963) Nobel Peace Prize, famously in 1962 held a sign about the test ban treaty outside the White House, before going in to dine with President Kennedy to celebrate his Chemistry Nobel Prize with other laureates. Science for the People was only one of many scientific organizations that openly opposed the war and militarism. 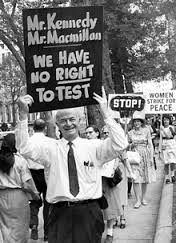 But  right now, the silence is deafening. Scientists have spoken out against individual wars: many were activists against the Iraq Wars. But they spoke as if that particular war, and that particular president, were aberrations. Many have spoken out against nuclear weapons, but without even mentioned the military mindset and the war that would lead to the use of those weapons. 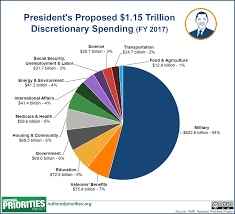 Scientists are speaking out about racism and the plight of refugees, but don’t mention that any come from the bombs, drones, weapons, “advisors” the USA has sent to the middle east and northern Africa. Stopping the devastation we are causing would go a long way towards helping refugees. It is terrific that scientists are finally speaking against the Muslim ban, but they need to explore the problem more deeply to be effective…and scientific.

Our organizations do not speak against war. Now, as deep cuts to research in favor of funding the military are put forward, there is still no protest against war. The American Society for Biochemistry and Molecular Biology (ASBMB)  statement on Trump’s proposed budget spoke against the 6 billion dollar cut to the NIH and other cuts made in favor of defense, and also mentioned that basic science research had helped many soldiers: this almost reads like a defense of war. The American Geophysical Union (AGU) in its statement about Trump’s budget also justifies the needs of the military (“Who will the military turn to when they need information to support effective troop movements?”) as a reason to support basic research. The American Association for the Advancement of Science (AAAS), the world’s largest scientific organization, has said nothing about the madness of an increased military budget  and in their graphic, they list the increase in budget for the Department of Energy’s nuclear weapons, apparently as a bright point.

The National Priorities Project (NPP), a non-partisan organization that looks at funding, issued a statement on Trumps FY2018 budget proposal does mention that the USA military budget is already larger than the next 7 countries combined.  The Union of Concerned Scientists (UCS) does not mention the deflection of money to the military in a blog statement on the budget, but does in the action center in its letter to Congress for scientists :

“This budget calls for a $54 billion increase in defense spending, while making cuts in the same amount to non-defense programs from science research to diplomacy efforts. At the same time, President Trump has endorsed the idea of a nuclear spending spree, which would be dangerous and wasteful. The United States should be investing more in diplomacy and science–not new nuclear weapons.”

I take heart from this.

But the organizational responses may just be completely honest on one level: scientific research walks arm in arm with the military and with war. Scientists are funded by war, they work on war, they are needed for war. If we called it genocide instead of war, would scientists feel less that they don’t need to rationalize their complicity with the military? Genocide is not an aberration is war, nor is rape, hunger, or torture. Or the creation of millions of forces refugees. War is the mass murder of civilians: 90% of the deaths are civilian deaths.