Videos of this conference have been posted at Youtube.com/WorldBeyondWar

Individual videos are linked to below. Scroll down.

8:10-10 p.m. Begining with Edward Snowden (by video)  introduced by Elizabeth Murray, our friends from the Sam Adams Associates for Integrity in Intelligence presented an event with Elizabeth Murray, Annie Machon, Daniel Ellsberg (by video), Thomas Drake, Ray McGovern, Ann Wright, John Kiriakou.  (Note: Chelsea Manning sent regrets that she could not attend as we had hoped, as did Seymour Hersh.) VIDEO 3, VIDEO 4, VIDEO 5.

5:15-6:45 dinner on your own
Here is a map showing restaurants and coffee shops on campus (PDF). There are many more options just up Nebraska Avenue to Wisconsin Avenue and the area of the American University / Tenleytown Metro stop. A shuttlebus makes it easy to get there and back.

7:30-9:00 Screening of episode 7 of Untold History of the United States, followed by discussion with Ray McGovern, David Swanson, and Dan Ellsberg (now by video). VIDEO 20, VIDEO 21.

Workshop 1: How the Internet Changes Activism with Donnal Walter. ROOM 128
Creating a culture of environmental responsibility, social justice, and peace requires viewing our individual efforts in continuity with the past and in cooperation with each other, all of us. What has greater potential for bringing the planet together than the World Wide Web? How can we as activists use the Web and social media to foster such collaboration? How do we tell a new story? And how do we use the global vision to motivate local action? The Internet is also known to contribute to division and polarization. How do we as activists resist this tendency? Yes, bring your laptop.

Workshop 2: Creative activism with Nadine Bloch and Bill Moyer. ROOM 115
Join Bill Moyer, Backbone, and Nadine Bloch, BeautifulTrouble for an exploration of strategic creative cultural resistance and action. This will be an interactive dive into what makes ‘best’ actions and ‘worst’ actions, with a look at core principles, theories, stories and tactics that every activist building for a more equitable and just world would want in their toolbox! Check out BeautifulTrouble.org and BackboneCampaign.org for more info.

Workshop 3: Educational Approaches to Foster Political Engagement for Peace and Planet, with Tony Jenkins and Tiffany Jenkins. ROOM 123
How do we move people from concern to engagement and action? This is a fundamental challenge of both the peace and environmental movements. This interactive workshop – intended for both educators and activists – will introduce practical, formal, and non-formal transformative educational theories, strategies and approaches intended to foster active social and political engagement.

Workshop 4: Don’t Bank on the Bomb: Divestment Campaign from Corporations Involved in the Manufacture and Maintenance of Nuclear Weapons, with Jonathan King, Alice Slater, Susi Snyder. ROOM 112. VIDEO.
These campaigns, which can be carried out by a small group, educate the public to the profits that are one of the driving forces for the continuation of nuclear weapons programs, and offers the possibility of bringing economic pressure in support of nuclear disarmament.  The “Don’t Bank on the Bomb” campaign was developed in the Netherlands and operates throughout Europe.There the focus is on requesting investment funds to exclude corporations making nuclear weapons from their portfolios. Since the launch of that Campaign, 122 nations with a mandate from the UN General Assembly voted for a treaty to prohibit nuclear weapons which bans them and outlaws any prohibited activities related to nuclear weapons, including use, threat to use, development, testing, production, manufacturing, acquiring, possession, stockpiling, transferring, receiving, stationing, installation, and deployment. In the U.S. the nuclear weapons corporations are a much more significant component of the economy.The first successful campaign in the US was requesting the Cambridge City Council  to ask its Municipal Pension Fund to divest from such corporations, in particular Lockheed-Martin. The U.S. Conference of Mayors has adapted a supportive resolution. Such campaigns can be directed at Pension Funds, College and University endowments, Church holdings, and related investments. The Future of Life Institute is leading the effort to make it easy for individuals to move their retirement and other personal investments out of funds that includes nuclear weapons manufacture in their portfolio.

Workshop 5: Closing Military Bases with Ann Wright, Will Griffin. RECITAL HALL. VIDEOS: 1, 2, 3.
The U.S. has 800 bases around the planet. These bases are provocations to the rest of the world. With so many bases the Department of Defense should be called the Department of Offense. U.S. military bases don’t just provoke other militaries, but they also displace entire communities, break democratic systems, violate human rights, destroy their environments, and so much more. But in response to these bases, struggles around the world have risen up and are fighting back against US imperialism. These are the struggles we can learn about and support to create an international citizens movement to close all foreign bases.

5:00-6:30 p.m. dinner on your own
Here is a map showing restaurants and coffee shops on campus (PDF). There are many more options just up Nebraska Avenue to Wisconsin Avenue and the area of the American University / Tenleytown Metro stop. A shuttlebus makes it easy to get there and back.

PLUS: WAR Vs. CUTE ANIMALS VIDEO.

Just following the International Day of Peace, and in the tradition of No War 2016: Real Security Without Terrorism, and the best speech any U.S. president ever gave, this year’s conference focused on activism, including activist planning workshops, addressing how the antiwar and environmental movements can work together. 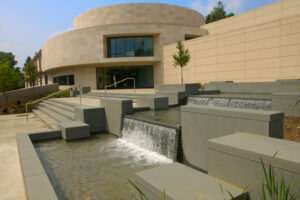 Music by The Irthlingz Duo: Sharon Abreu and Michael Hurwicz, and by Emma’s Revolution, and by Bryan Cahall.