Olympic Truce, An Opportunity For Diplomacy 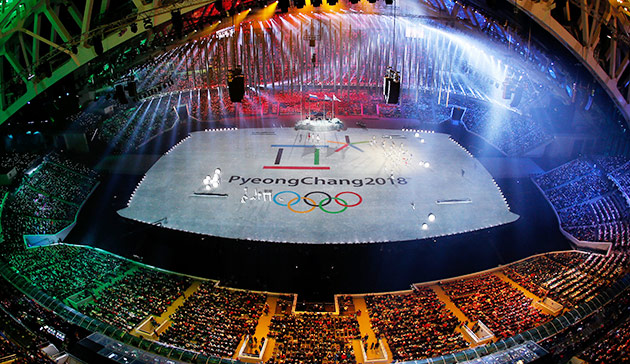 Can the values of an ancient Greek tradition be applied to the current crisis on North Korea? Yes, according to the United Nations, South Korea, and over 150 countries.

This month, the UN General Assembly adopted a resolution calling for an Olympic Truce during the 2018 Winter Games in Pyeongchang, South Korea. The International Olympic Committee said the resolution draws inspiration from the 9th Century King Iphitos “who was intent on breaking the incessant cycle of armed conflict that beset Ancient Greece.” To that end, Iphitos initiated a tradition of “Ekecheiria,” a cessation of hostilities to guarantee the safe passage of athletes, artists, and their family to and from the Olympic Games.

The origins of the Olympic Truce resonate on the Korean Peninsula, which has endured a long and violent history of division. North and South Korea remain at a military stalemate nearly 70 years after war first broke out. Today, the threat is higher than it has been in decades.

Just this week, North Korea announced it has completed its nuclear weapons program after successfully testing its most powerful missile yet. According to David Wright of the Union of Concerned Scientists, it “would have more than enough range to reach Washington, DC.” How the United States chooses to respond could raise or reduce the risk for conflict. South Korean President Moon Jae-in warned, “We must stop a situation where North Korea miscalculates and threatens us with nuclear weapons or where the United States considers a pre-emptive strike.”

The South Korean government, which formally submitted the resolution to the UN on November 3, gained the support of 157 signatories. Member States pledged to uphold “its expectations that Pyeongchang 2018 will be a meaningful opportunity to foster an atmosphere of peace, development, tolerance and understanding on the Korean Peninsula and in Northeast Asia.”

The message is partly directed at athletes who may be anxious about North Korea’s close proximity to the Olympics, but it is also intended to set the right political atmosphere for a diplomatic opening with North Korea. According to South Korean President Moon Jae-in, North Korea’s participation would be, “a great opportunity to send a message of reconciliation and peace to the world.”

That diplomatic opening may come in the form of a “freeze-for-freeze” proposal that has been gaining traction among seasoned negotiators and the international community. If U.S.-South Korean military exercises are suspended, North Korea may agree to a moratorium on its nuclear and missile tests.

The next joint military exercises, Key Resolve and Foal Eagle, happen to coincide with the Winter Olympics. North Korea has consistently protested these drills, which have involved “decapitation” raids against its leadership and the movement of over 300,000 U.S.-South Korean troops on its border. The South Korean government has proposed that the United States delay the exercises as the first tension-reducing step toward dialogue.

U.S. Has Suspended Exercises Before

There’s an opportunity for the United States to de-escalate crisis once more – this time, through the powerful medium of sports. After all, the Olympic Truce urges Member States to “use sport as a tool to promote peace, dialogue and reconciliation in areas of conflict.”

Historically, sports diplomacy has succeeded in building bridges between adversaries. Ping-pong diplomacy thawed U.S.-China relations ahead of Nixon’s seminal Beijing visit. Wrestling diplomacy established dialogue between the United States and Iran after decades of severed ties. Basketball diplomacy gave an American team unprecedented access into North Korea, and a historic meeting with Kim Jong Un – a feat that no U.S. diplomat has accomplished.

With so few diplomatic options available, the United States should seize on this symbolic moment to lay the groundwork for dialogue. As South Korea’s Minister of Culture, Sports, and Tourism said, “The theme of the show will be peace.” The world will be watching.

–“South Korea’s PyeongChang 2018 Olympics at a Crossroads” by Hyunmin Michael Kang for The Diplomat here.

–“Could North Korea’s missile test lead to talks? Some see a slight opening” by Anna Fifield for The Washington Post here.

–“Is North Korea’s Nuclear Test a Sign of Hope?” by The New York TimesEditorial Board here.

–“America Is Not Going to Denuclearize North Korea” by Mira Rapp-Hooper for The Atlantic here.