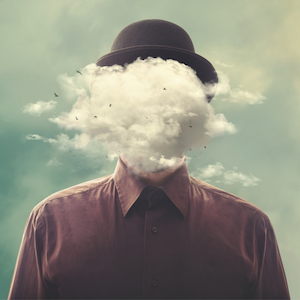 Last month our park system sponsored a lecture by a renowned ornithologist, describing the international attention our part of the Lake Erie shoreline gets during spring bird migration.

One thing he explained was that large birds like ducks and eagles travel typically by day, navigating by land features, whereas songbirds and warblers fly at night and navigate off the stars. Some birds, weighing barely an ounce, fly 450 miles a day for a week straight, sometimes over long stretches of open water, just to get back home to their natural breeding grounds. He described how the shapes of certain land masses, like in the Middle Ease can funnel large numbers of birds into narrow corridors.

When it was time for questions, one woman asked, “For the birds that fly during the day and navigate by what they see on land, will the ones flying over Ukraine be able to make it?”

Instantly, everyone’s attention and emotions riveted on what had dominated the 24-hour news cycle for weeks – the war in Ukraine.

One needn’t be even an armchair psychologist to reckon how deeply into the national subconscious two weeks of constant war news had permeated for someone to ask a question like that during a lecture on bird migration, in Toledo, Ohio.

Since our speaker had also mentioned bird migration in the Middle East, I wondered, but not for long, if anyone in the audience had considered the plight of migrating birds or people in that region, one of the most heavily bombed parts of Earth?

Returning home I was glad to see these words from Jeff Cohen, founder of the media watch group, Fairness and Accuracy in Reporting (FAIR), in online comments and a Free Speech TV interview.  In a nation so satisfied with its freedom of speech, Cohen’s statements were not only rare but in the current atmosphere, downright courageous.

It’s atrocious what Russia’s doing. I’m happy to see that the U.S. media is covering the violation of international law committed by the Russians. I’m happy to see its empathetic coverage of all these civilians that are being terrorized because of missiles and bombs dropping in their neighborhoods. That’s a great thing because in modern warfare civilians are the main victims. That’s what journalism should do. But when the U.S. was the culprit killing all these civilians, you just couldn’t get it covered.

When I hear about the pregnant women giving birth in shelters in terror (in Ukraine), do you think during the weeks and months of Shock and Awe — one of the most violent bombing campaigns in global history that the U.S. committed in Iraq — do you think that magically women in Iraq quit giving birth? There’s this magical thinking when the U.S. is dropping the bombs.

It’s not surprising most people here didn’t think of the death and destruction endured by civilians when U.S. bombs fell on Iraq. Why would they when, as many of us recall, U.S. network reporters waxed nearly orgasmic describing the “beauty” of the Shock and Awe images, or witnessing a cruise missile launched from a Navy warship, or hearing America’s most popular network anchor, Dan Rather, refer to George W. Bush as “my commander-in-chief?”

Most Americans wouldn’t believe these things can happen in the Land of the Free Press because it runs counter to a lifetime of received popular culture steeped in magical thinking. Wrenching free of that is psychologically painful, indeed impossible for some. Harsh realities await.

Magical thinking feels so much better.

But just sometimes, as difficult as it is, magical thinking can be set aside. Like in this case, when Pope Francis dropped what has to be the exact opposite of a bombshell, by denying 1600 years of Roman Catholic tradition with just four words.

“Wars are always unjust,” he told Russian Orthodox Patriarch Kirill in a video conference on March 16. Mark that date because the “just war theory” has sent millions to slaughter – every one of whom had God on their side – since St. Augustine proposed it. One can easily say it is the very cornerstone of mystical thinking.

Francis sealed his historic statement with this universally resonant reason even the spin masters at CNN and the temporary resident of the White House can’t deny, “because it is the people of God who pay.”

ABOUT THE AUTHOR⁣
Mike Ferner is a former member of Toledo City Council, former president of Veterans For Peace and author of “Inside the Red Zone,” based on his time in Iraq just prior to and following the U.S. invasion in 2003.⁣
⁣
(This essay first appeared in the special Ukraine War issue of Peace and Planet News)