Our Nuclear Arms Obsession Is A Countdown To Extinction 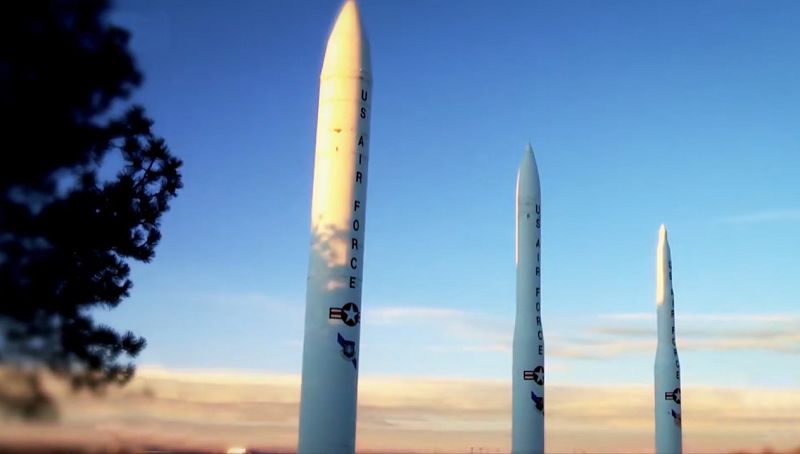 I WRITE THIS PIECE as a physician expertly trained to make accurate diagnoses to either cure the patient or to alleviate their symptoms.

I, therefore, approach the viability of life on Earth from a similar and honest perspective. Hence, for some, this may be an extremely provocative article but as the planet is in the intensive care unit, we have no time to waste and the startling truth must be accepted.

As TS Eliot wrote so long ago, ‘This is the way the world ends, not with a bang but a whimper’.

Will we gradually burn and shrivel the wondrous creation of evolution by emitting the ancient carbon stored over billions of years to drive our cars and to power our industries, or will we end it suddenly with our monstrous weapons within which have captured the energy powering the sun?

Here’s the stark diagnosis from a U.S. perspective.

The Department of Defence has nothing to do with defence, because it is, in effect, the Department of War. Over one trillion dollars of U.S. taxpayers’ money is stolen annually to create and build the most hideous weapons of death and destruction, even to launch killing machines from space.

And since 9/11, six trillion dollars have been allotted to the slaughter of over half a million people, almost all of whom were civilians — men, women and children.

From an unbiased perspective, the only true terrorists today are Russia and the United States of America, both of which have several thousand hydrogen bombs larger by orders of magnitude than the Hiroshima and Nagasaki bombs on hair-trigger alert, ready to be launched with a press of a button in the U.S. by the President.

This so-called nuclear “exchange” would take little over one hour to complete. As in Japan, people would be seared to bundles of smoking char as their internal organs boiled away and, over time, the global environment would be plunged into another ice age called “nuclear winter”, annihilating almost all living organisms over time, including ourselves.

But the stark truth is that the United States of America has no enemies. Russia, once a sworn communist power is now a major capitalist country and the so-called “war on terror” is just an excuse to keep this massive killing enterprise alive and well.

Donald Trump is right when he says we need to make friends with the Russians because it’s the Russian bombs that could and might annihilate America. Indeed, we need to foster friendship with all nations throughout the planet and reinvest the billions and trillions of dollars spent on war, killing and death to saving the ecosphere by powering the world with renewable energy including solar, wind and geothermal and planting trillions of trees.

Such a move would also free up billions of dollars to be reallocated to life such as free medical care for all U.S. citizens, free education for all, to house the homeless, to hospitalise the mentally sick, to register all citizens to vote and to invest in the abolition of nuclear weapons.

The United States of America urgently needs to rise to its full moral and spiritual height and lead the world to sanity and survival. I know this is possible because, in the 1980s, millions of wonderful people rose up nationally and internationally to end the nuclear arms race and to end the Cold War.

This, then, is the sound template upon which we must act.