PBI-Canada welcomes cancellation of CANSEC arms show, seeks peace and health for all 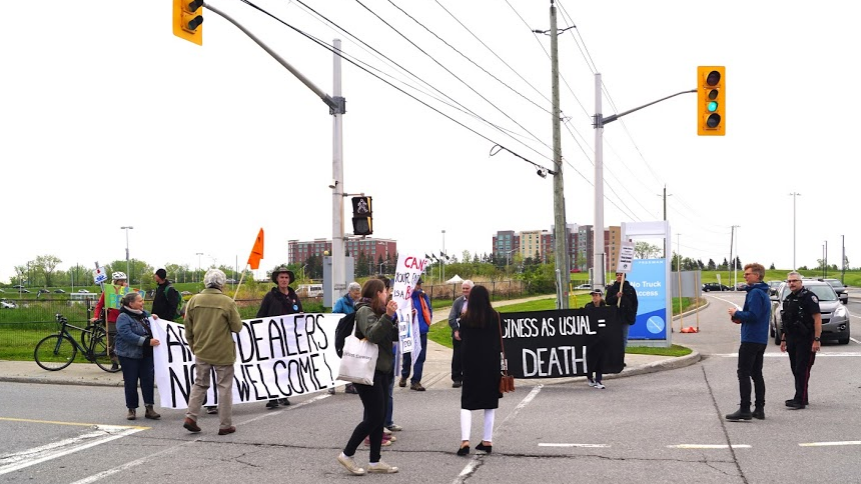 Peace Brigades International-Canada welcomes the announcement by the Canadian Association of Defence and Security Industries (CADSI) that it has cancelled its CANSEC arms show that was to take place on May 27-28 in Ottawa.

The decision by CADSI comes almost 19 days after the World Health Organization had declared the coronavirus outbreak a pandemic.

There are still questions why it took so many days for CADSI to make its decision to cancel an arms show that it had boasted would assemble 12,000 people from 55 countries inside the EY Centre convention hall.

Today’s announcement states, “We have made the difficult decision not to host CANSEC in 2020. As a result, we are now working hard to make CANSEC 2021 – which will take place June 2 and 3 at Ottawa’s EY Centre – the best CANSEC ever.”

This cancellation was sought by many.

Thank you to the 7,700 people who sent a letter via this World Beyond War petition to CADSI president Christyn Cianfarani, Prime Minister Justin Trudeau, Ottawa Mayor Jim Watson and others with the demand to cancel CANSEC.

At this time, we also keep in mind the words of United Nations Secretary-General António Guterres who stated, “The fury of the virus illustrates the folly of war. Silence the guns; stop the artillery; end the airstrikes.”

We also recall that total world military expenditures rose to $1.8 trillion in 2018, according to the Stockholm International Peace Research Institute.

It is our hope that we collectively learn that those expenditures redirected towards public health care and the fulfilment of the human right to water and sanitation for everyone will in the end result in greater peace and security in times such as these.

It’s not possible to bomb a pandemic.

PBI-Canada has always been deeply committed to the task of building peace and promoting nonviolence through peace education.

We are equally committed to continuing to work with allies to highlight alternatives to war and the need to transition from arms production to renewable energy. As such, we will also share in the efforts to cancel CANSEC 2021.

Murray Thomson, who helped to found Peace Brigades International in 1981, was a regular presence at protests against CANSEC, including the one in this May 2018 photo. Murray passed away in May 2019 at 96 years of age.