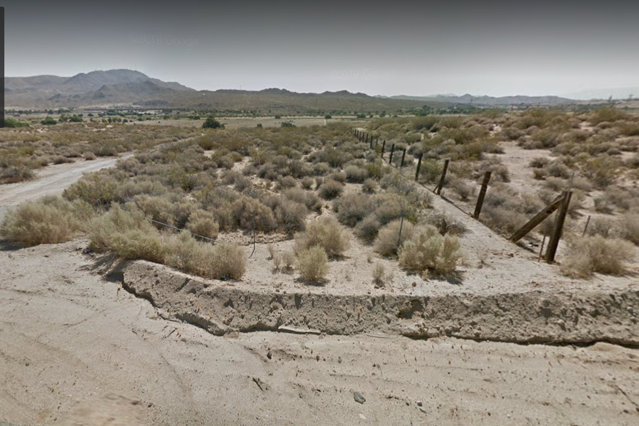 The groundwater in Victorville and throughout much of California is contaminated with PFAS, the “forever chemicals.”

On September 10, 2018 the Lahontan Regional Water Board tested the well water of the home owned by Mr. and Mrs. Kenneth Culberton located at 18399 Shay Road in Victorville, California. The water was found to contain high levels of 25 separate PFAS chemicals, several that are known to be human carcinogens. Culberton’s home is a few hundred feet from the eastern boundary of the shuttered George Air Force Base.

Culberton declined to be interviewed so we’ll rely on the public record. The letter he received from the Lahontan Regional Water Quality Control Board on February 11, 2019 states:

“Based on the Air Force’s interview with you, we understand that you and your tenant use bottled water as your water source, and this well is being used only for irrigation purposes. The comparison of the combined PFOS and PFOA concentration with USEPA’s concentration level (see the table below) suggests that this well water may not be suitable for human consumption as it exceeds the lifetime HA level.”

The house next door, located at 18401 Shay Road, was found to have a similarly contaminated well. The property was sold on June 19, 2018 to Matthew Arnold Villarreal as sole owner. The transfer took place three months before the well was tested by the water board. Villarreal is the Water Supply Supervisor of the City of Victorville Water Department. The level of contaminants of other private wells in the vicinity of George AFB is unknown.

George Air Force Base, which shut down in 1992, used aqueous film-forming foam (AFFF) in routine fire training exercises, along with nearly 50 other bases in the state. Per- and poly fluoroalkyl substances, or PFAS, are the active ingredient in the foams, which were allowed to leach into groundwater and surface water.

Despite knowing since the 1970’s that the practice threatened human health, the military continues to use the chemicals at installations in the U.S. and around the world.

Groundwater collected on September 19, 2018 at Production Well Adelanto 4 Victorville, near the intersection of Turner Road and Phantom East, also showed the presence of dangerous levels of various PFAS chemicals. The notice from the Lahontan Regional Water Quality Control Board was addressed to: Ray Cordero, Water Superintendent, City of Adelanto, Water Department. 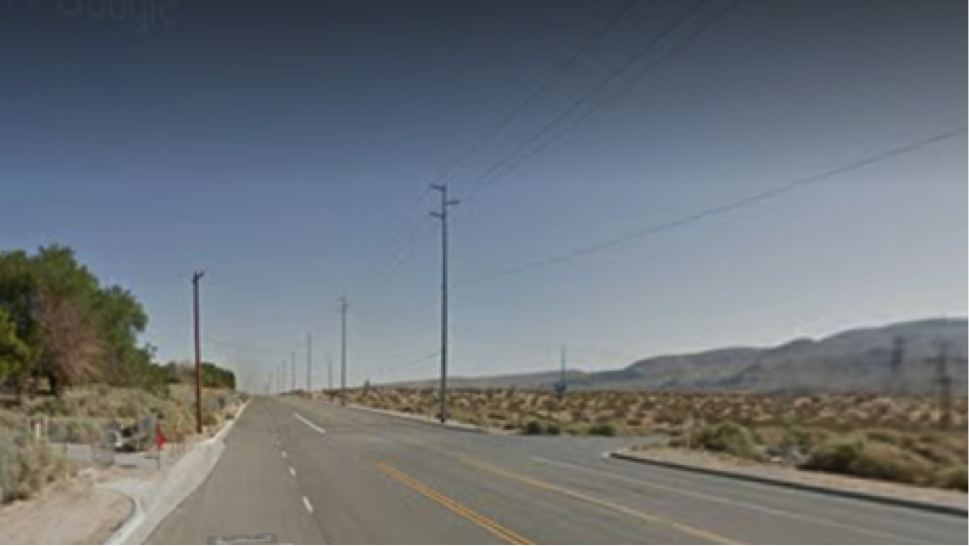 The view from Phantom Road East at its intersection with Turner Road.

According to the October, 2005 George AFB Restoration Advisory Board (RAB) Adjournment Report, groundwater plumes containing contaminants had not

migrated into drinking water wells or in the Mojave River. “The drinking water in the community continues to be safe for consumption,” according to the final report.

People in the community have likely been drinking poisoned water for two generations. Restoration Advisory Boards have been criticized for trivializing severe environmental contamination caused by the military while serving to track and contain community resistance.

Culberton’s water puts the PFAS epidemic into perspective. The following chart is taken from the water board’s letter to Mr. and Mrs. Kenneth Culberton:

The 25 PFAS compounds found in the Culberton well totaled 940 parts per trillion (ppt.) Neither the federal government nor the state of California track or regulate contamination in private wells. Meanwhile, public health scientists have warned of the cumulative effect of these carcinogens. The nation’s top public health officials say 1 ppt of PFAS in drinking water is potentially dangerous. The NIH’s National Library of Medicine provides a brilliant search engine that provides the toxicological effects of the contaminants above, along with others regularly found in our drinking water and environment.

Many of the substances are harmful if they come into contact with the skin. Simply click on the link to the NIH site above to begin the process of investigating the disastrous impacts on human health. Some of these chemicals are used with pesticides as the active ingredient for ant bait traps. In addition, many PFAS chemicals described above either cause or contribute to the following conditions:

At the risk of beating the dead horse mutagen, two of the most prevalent PFAS contaminants in Culberton’s water – PFHxS (540 ppt) and PFHxA (72 ppt) are extraordinarily present in California’s municipal water wells used for drinking water. Neither the federal government nor the state seem too concerned with these contaminants. Instead, they’re fixated on just two of the 6,000 types of PFAS chemicals – PFOS & PFOA – which are no longer produced or used.

On February 6, 2020 the California State Water Resources Control Board lowered its “Response Level” to 10 parts per trillion (ppt) for PFOA and 40 ppt for PFOS. If a water system exceeds the response levels for these carcinogens, the system is required to take the water source out of service or provide public notification within 30 days of the confirmed detection. Meanwhile, of the 568 wells tested by the state in 2019 164 were found to contain PFHxS and 111 contained PFHxA.

Specifically, PFHxS has been detected in umbilical cord blood and is transmitted to the embryo to a larger extent than what is reported for PFOS. Prenatal exposure to PFHxS is associated with occurrence of infectious diseases, such as ottis media, pneumonia, RS virus, and varicella in early life.

PFHxA exposure may be associated with Gilbert Syndrome, a genetic liver disorder, although the material has not been widely studied. The following charts detail the state’s water systems with the highest levels of PFHxS and PFHxS in wells used for drinking water, based on the very limited 2019 data:

All PFAS chemicals are dangerous. They’re toxic, highly mobile in groundwater and surface water, and bio accumulative. Pregnant woman in Victorville and everyone else everywhere else should be warned not to drink water containing PFAS.