Spread the word! Protest the Vanguard Group at Speech of its CEO, F. Willian McNabb III 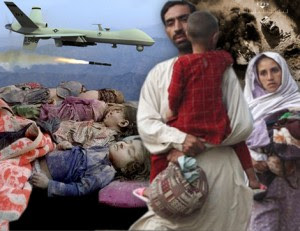 The  Brandywine Peace Community, KnowDrones.org, Phila. Area Anti-Drone Network, World Can’t Wait, and other social justice, community and anti-war and anti-mass incarceration activists will demonstrate at noon on April 20 at the Philadelphia (PA) Convention Center to protest the unconscionable profit-making of the $3 trillion Vanguard Group on drone killing, private prisons and small arms manufacture.
The protesters will call on F. William McNabb III, CEO of Vanguard Group, headquartered in Malvern, PA, who will be speaking at the convention center during the protest, to drop Vanguard’s investments in:
The group will also call on Amy Guttman, president of the University of Pennsylvania, who appears to have been paid over $1.2 million by Vanguard as a member of its board of directors, to take a public position against Vanguard’s investment in war, mass incarceration and small arms.  Guttmam’s salary at UPenn is reportedly $3.4 million.  She has been on the Vanguard board since
2006.
Today, racism, xenophobia, Islamaphobia and  the hatred of immigrants and the undocumented fuels the  investments of the Vanguard Ground no less than presidential candidates that speak of  bigger and bigger walls, more bombing, and banning refugees fleeing U.S. wars from Syria to Afghanistan.
Our protest is also directed at the gun industry and the scourge of violence  across the U.S., particularly in poor and communities of color which are also the targets of the for-profit prison industry that has grown alongside the U.S. system of economic apartheid: mass incarceration.

Drone warfare, gun violence, for-profit prisons and mass incarceration are the death ship on which the investments of the Vanguard group sail.

Join the protest of  the Vanguard Group on Wednesday, April 20th 2016 from 12Noon – 2:00 p.m. outside of the Pennsylvania Convention Center at the intersection of 12th and Arch Streets where F. William McNabb will be the keynote speaker for the Urban Land Institute’s 2016 Convention.
For more information about the demonstration and what you can do, call the Brandywine Peace Community, (610) 544-1818