Smedley Butler’s Speech Against War in Charlottesville in 1937 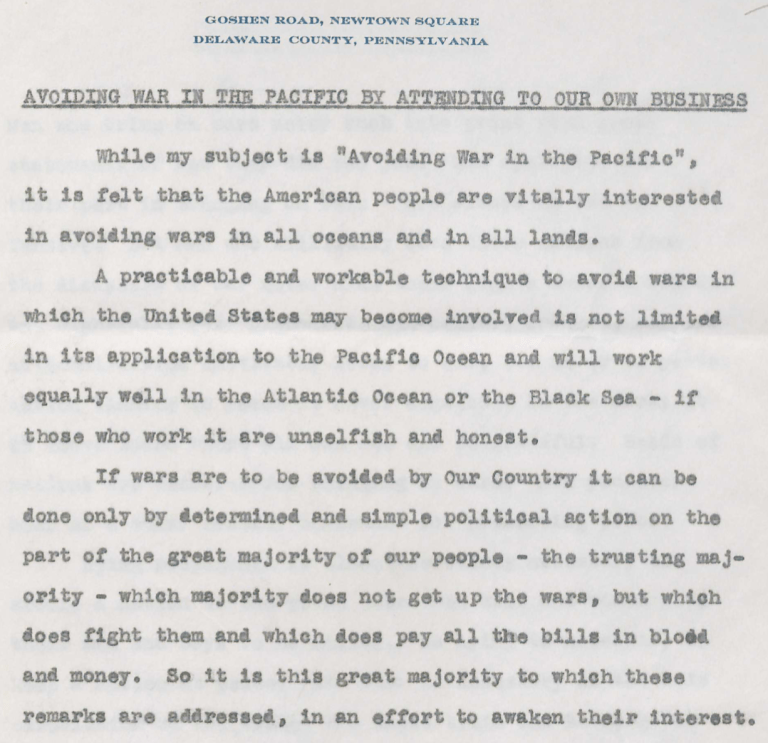 If you haven’t heard of Smedley Butler and don’t know why he’s a major hero to Veterans for Peace and peace advocates in general (as well as having been a Major General), I can try to summarize his incredible life in a few sentences. The man ought to be a hero to opponents of fascist marches, which, by the way, have also come to Charlottesville.

Smedley Butler was a true believer in all patriotic and militaristic hogwash. He lied about his age to join the Marines early. He distinguished himself with insane courage and leadership skills in wars in China and Latin America. He ruled over Haiti. He was a World War I hero. He was put in charge of prohibition in Philadelphia until he enforced the law against the wealthy. He was the most decorated Marine there had been and remains one of the most decorated members of the U.S. military ever. He ran the base at Quantico and was himself imprisoned in it as a penalty for having made public that close-U.S.-ally Benito Mussolini had casually run over a little girl with his car.

Butler was a beloved hero of veterans and leader of their struggles to be paid their bonuses among other demands. A group of some of the wealthiest individuals in the nation made a study of fascist movements in Europe and attempted to hire Butler to lead a coup against President Franklin Roosevelt. Butler exposed the plot, and Congressional hearings confirmed his revelations. Historians believe that without Butler’s refusal, the plot might very well have been carried through.

Butler denounced war in countless public speeches and rejected his past career as a racket dealing death in the service of Wall Street. He was as passionate and dedicated and fearless in his opposition to organized mass murder as he had previously been in his support of it. As evidence of that claim, I offer the following speech, on Butler’s letterhead with his typed and hand-written edits:

At this time, the U.S. military was rapidly preparing for war with Japan, and peace groups were holding demonstrations against war with Japan — a war that didn’t come until 1941. 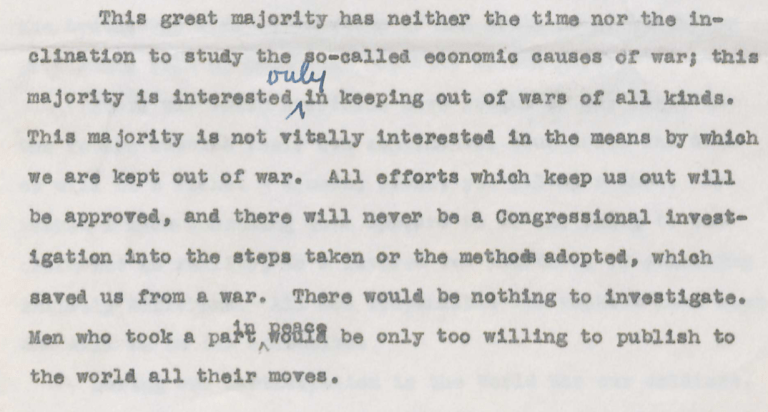 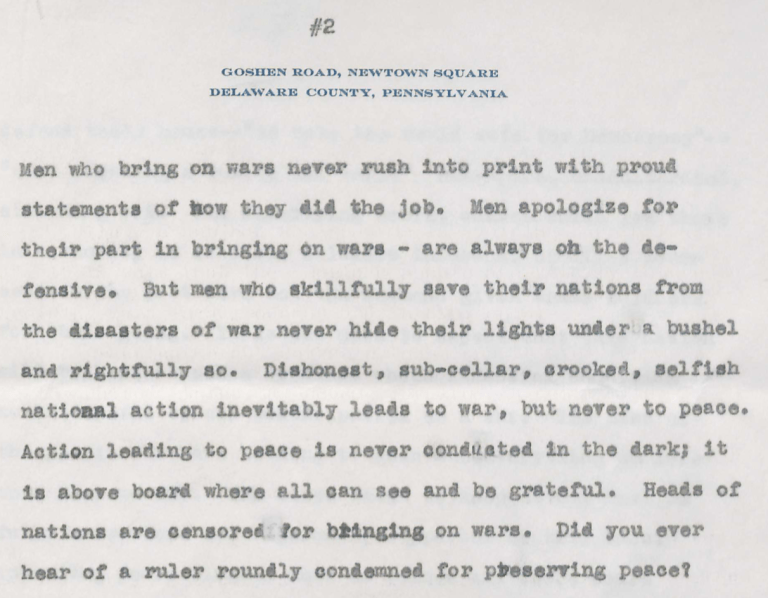 Read that last question again. In 1937, that was a rhetorical question. The answer was obvious. In the post-World War II world of permanent war, the answer is far less obvious and far more perverse. Politicians have been made as wary of “appeasement” as of aggression, if not much more so. 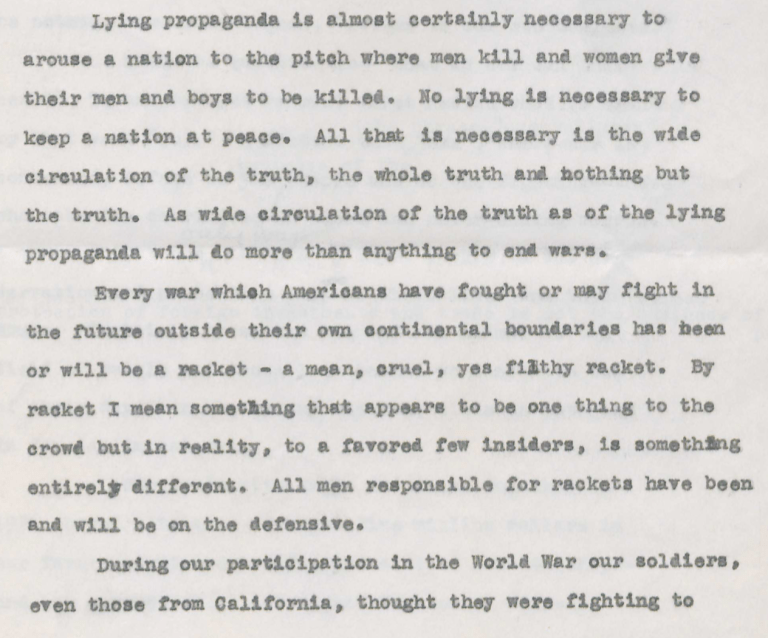 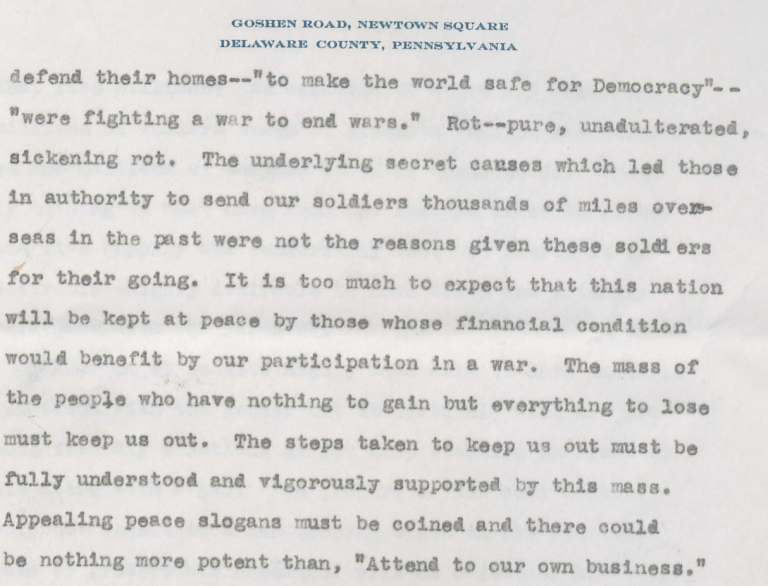 Propaganda has of course long since established that attending to one’s own business is sinful “isolationism,” even though Butler, like most “isolationists” makes very clear in the next breath that he’s not talking about isolating anyone. 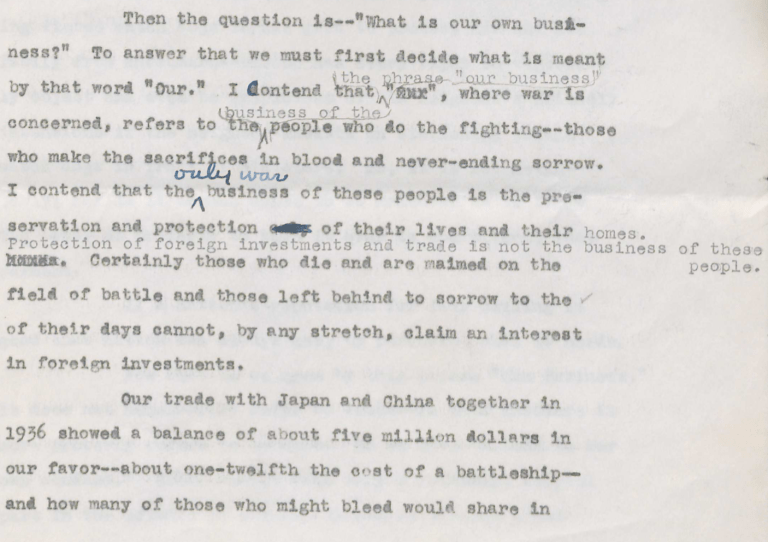 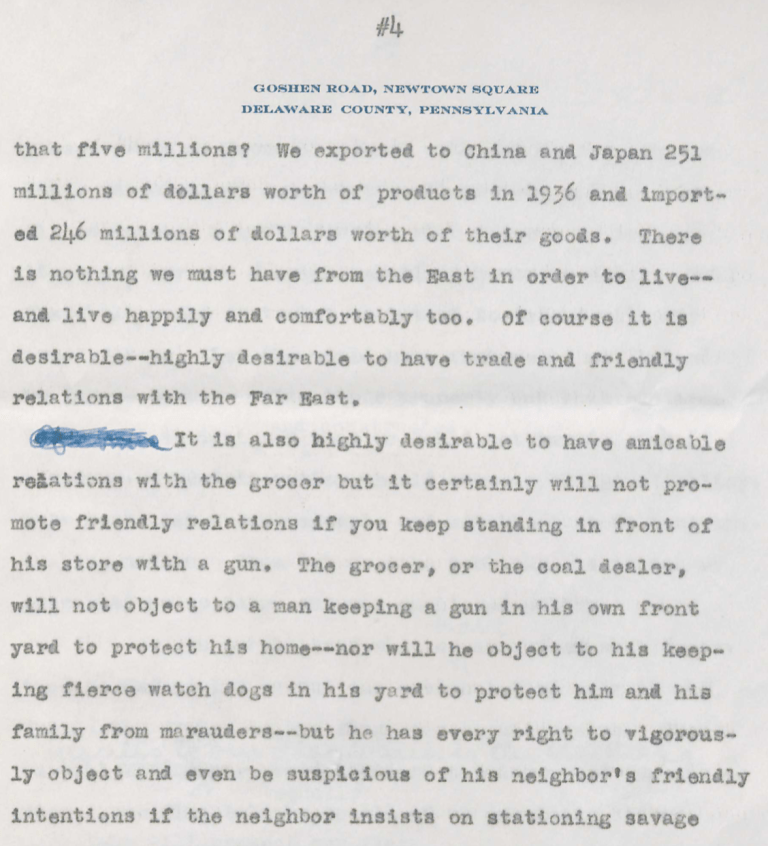 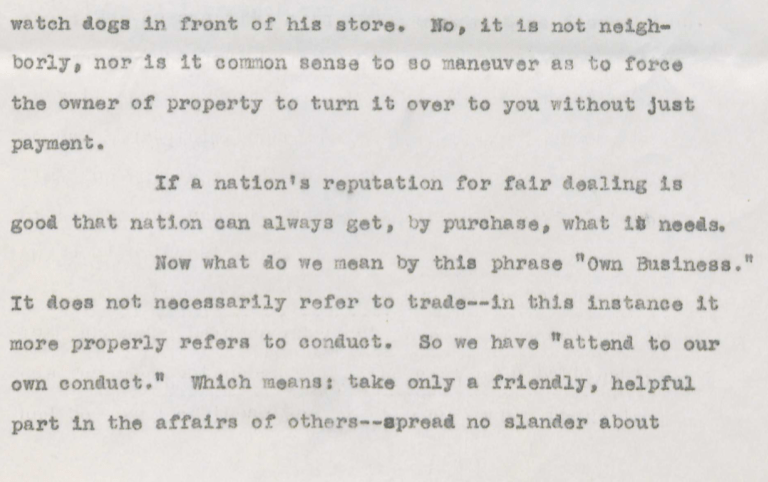 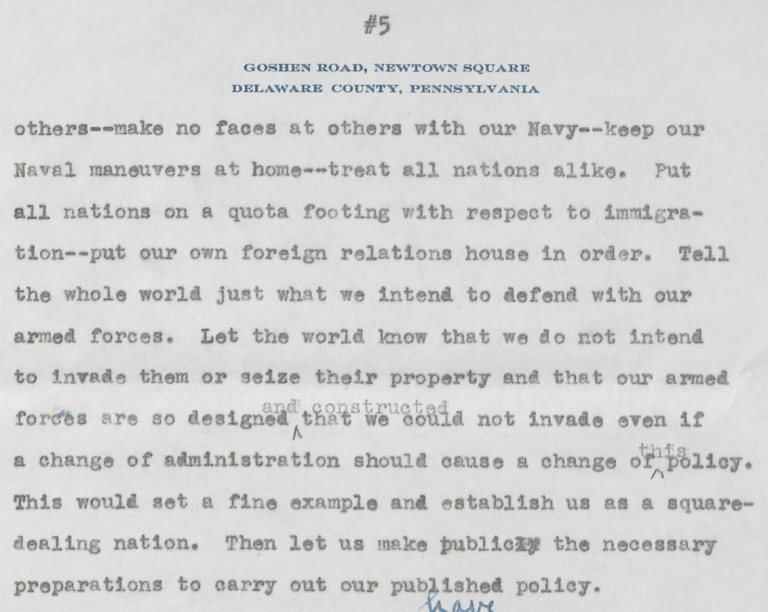 At the time of this speech, the Ludlow Amendment was gaining strength in Congress. It would have required a public vote before any war. President Roosevelt successfully blocked its passage.

One reason Smedley Butler is lost to history is that the corporate media and historians have made great efforts to erase and obscure the story of the Wall Street Plot. I suspect that another reason is that Butler opposed war prior to the holiest of holy wars in U.S. culture, World War II. For that reason, I offer here an introduction to re-appraisal of the mythology:

12 Reasons Why the Good War Wasn’t.