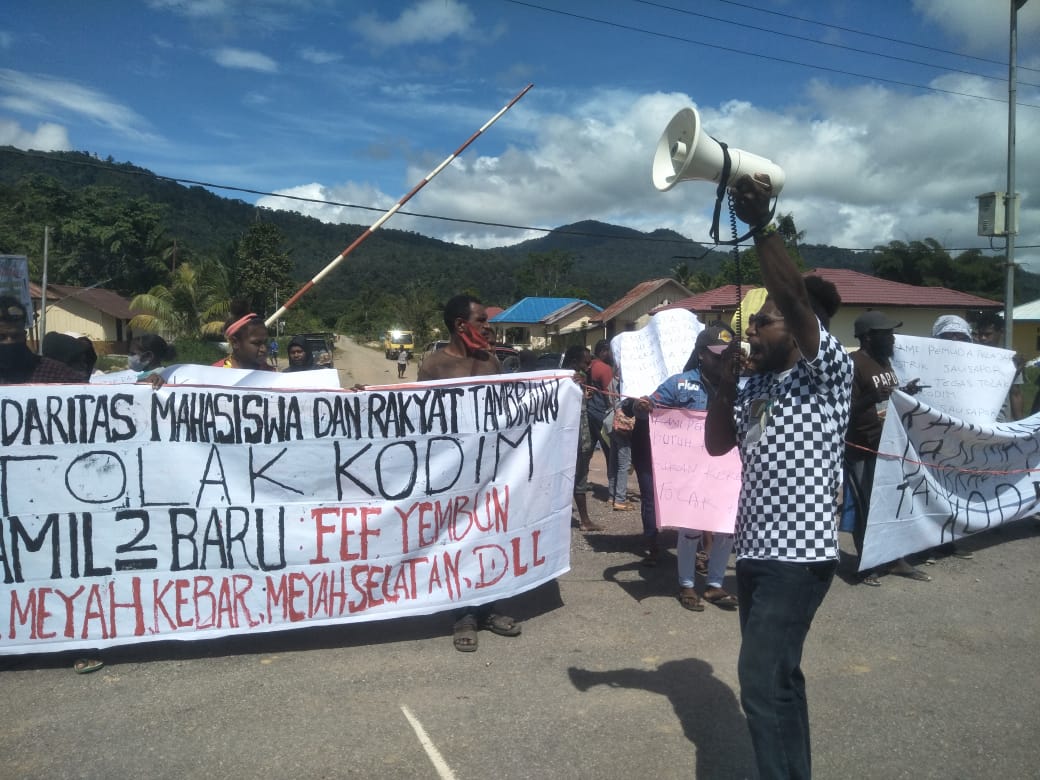 To supporters of peace in West Papua

We are writing to ask for your solidarity with us in resisting the establishment of a new military base, KODIM 1810, in Tambrauw, West Papua.

The Tambrauw Youth Intellectual Forum for Peace (FIMTCD) is an advocacy group that works on issues concerning development, environment, investment and military violence. FIMTCD was formed in April 2020 to address the establishment of KODIM 1810 in Tambrauw, West Papua, Indonesia. FIMTCD consists of hundreds of facilitators and students from the Tambrauw region.

Through this letter, we hope to connect with you, your network partners, human rights groups and other civil society groups in your respective countries. We are seeking solidarity with all who are concerned about military violence, civil liberties, freedom, peace, saving forests and the environment, investment, war equipment / defence equipment and indigenous peoples’ rights.

Even though we have rejected the establishment of the Tambrauw KODIM and there is no agreement with local people, the TNI unilaterally conducted the inauguration of the KODIM 1810 Tambrauw Military Command on December 14 2020 in Sorong. 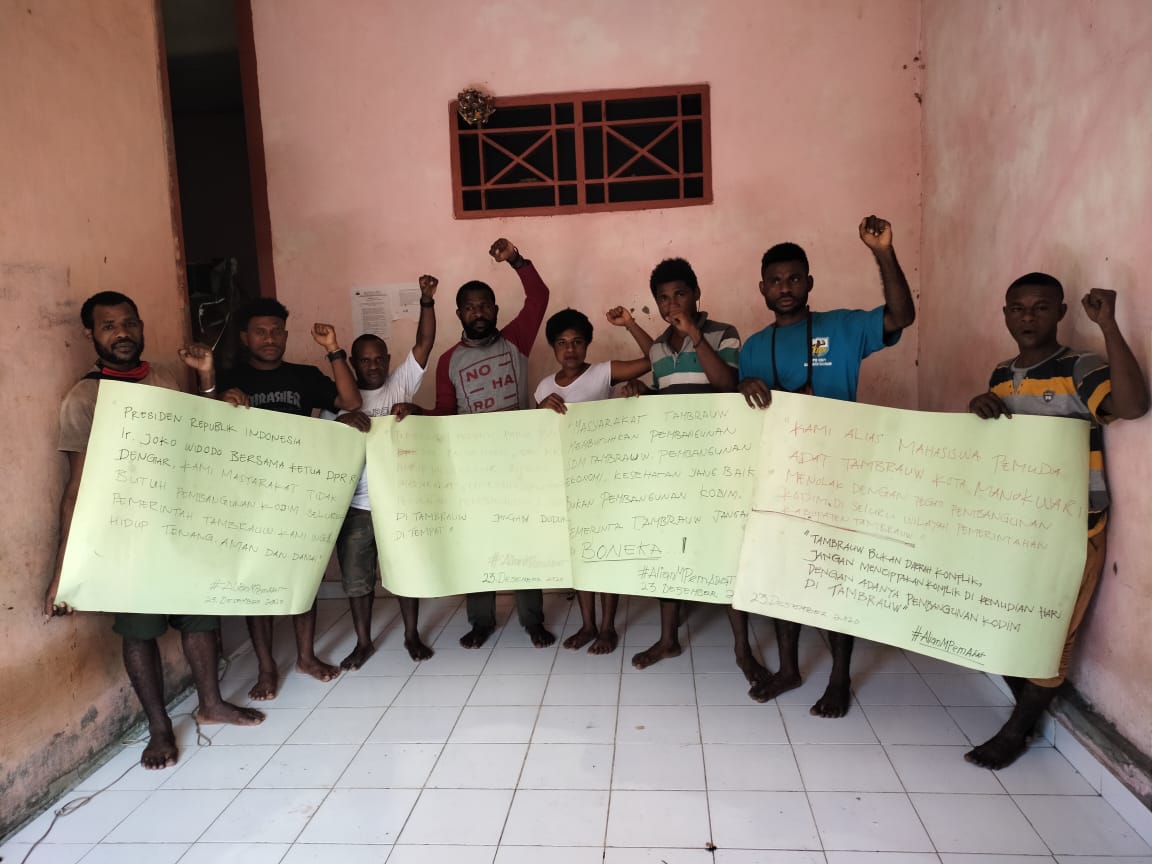 We are now asking our international allies to join us in advocating for the cancellation of   KODIM 1810 Tambrauw in West Papua Province by taking the following solidarity actions:

The background of our resistance to KODIM 1810 and our reasons for rejecting the establishment of new military bases in Tambrauw are summarised below.

We hope you can work with us on this issue and that our combined efforts will produce good results.