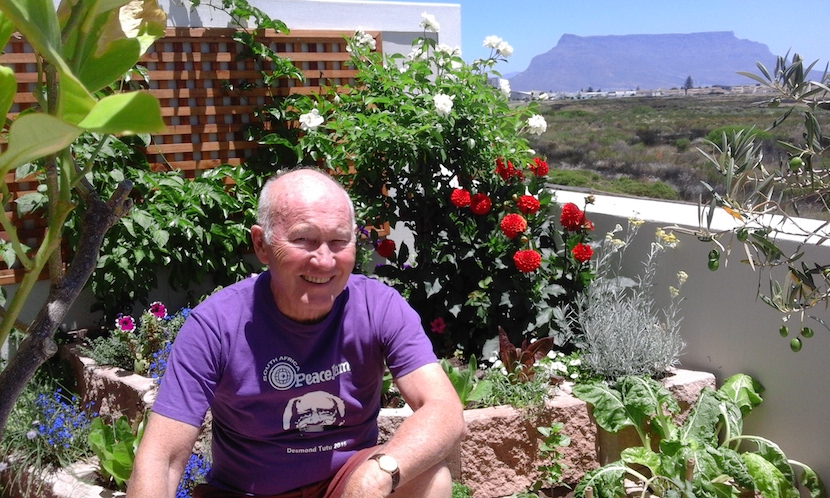 When Minister in the Presidency Jackson Mthembu became the chair of South Africa’s arms trade regulator, the National Conventional Arms Control Committee (NCACC) adopted a much stricter approach to the export of weapons. Under his watch, arms sales have been blocked to several countries, including Saudi Arabia and the United Arab Emirates (UAE) as the NCACC requires foreign customers to pledge not to transfer weapons to third parties. It also gives South African officials the right to inspect facilities to ensure that they comply with the new rules. The Aerospace, Maritime and Defence Industries Association (AMD) told a Gulf newspaper in November last year that this threatened the arms sector’s survival and was costing billions of rand in exports. Activist Terry Crawford-Browne says, despite these restrictions and a Covid-19 aviation lockdown, Rheinmetall Denel Munitions has continued with the exports of arms to Turkey in late April, early May and the weapons could be used in offensives that Turkey is launching in Libya. He said there was also the possibility that South African arms are being used on both sides of the Libyan conflict. Earlier this year RDM was accused by watchdog Open Secrets of supplying Saudi Arabia with weapons used in their offensive against Yemen. Crawford-Browne has called on Parliament to investigate RDM and says Parliament has been deceived by the international arms industry. – Linda van Tilburg

In violation of the Covid aviation lockdown regulations, six flights of Turkish A400M aircraft landed in Cape Town during 30 April to 4 May to uplift cargoes of RDM munitions for export to Turkey. Just days later and in support of the internationally recognised Libyan government based in Tripoli, Turkey embarked on an offensive against the forces of Khalifa Haftar. During a meeting of the National Conventional Arms Control Committee on 25 June, Minister Jackson Mthembu, as chair of the NCACC, stated he did not know about Turkey and:

“If South African weapons were reported in any way to be in Syria or Libya, it would be in the country’s best interest to investigate and find out how they got there, and who had messed up or misled the NCACC.”

RDM in 2016 designed and installed an ammunition plant in Saudi Arabia, which was opened by former President Jacob Zuma together with Crown Prince Mohammed bin Salman. Saudi Arabia and the United Arab Emirates were RDM’s main export markets until 2019 when international observers identified RDM munitions as having being used to commit war crimes in Yemen. Only then, and in the aftermath of global uproar over the murder of journalist Jamal Khashoggi, did the NCACC suspend South African arms exports to the Middle East. Rheinmetall deliberately locates its production in countries where the rule of law is weak in order to bypass German arms export regulations.

RDM on 22 June announced that it has just negotiated a contract worth more than R200 million to upgrade a longstanding customer’s existing munitions plant. WBW-SA understands that this plant is located in Egypt. Egypt is heavily involved in the Libyan conflict in backing Haftar against the Tripoli government. If confirmed, RDM is equipping both sides in the Libyan conflict, thus compounding its previous collusion with war crimes in Yemen. Accordingly, in repeatedly failing to enforce the provisions of section 15 of the NCAC Act, the NCACC is colluding in the humanitarian disaster and war crimes being committed in Libya and elsewhere.

This situation severely compromises South Africa’s reputation as a non-permanent member of the United Nations Security Council including its signature to Secretary General António Guterres call for global ceasefire during the Covid pandemic. Accordingly, WBW-SA calls for a thorough and public parliamentary investigation into this fiasco, including possible revocation of Rheinmetall’s licences to operate in South Africa.

Following is the letter emailed yesterday to Minister Jackson Mthembu and Naledi Pandor in their capacities as chair and deputy chair of the NCACC.

You will recall that Rhoda Bazier of the Greater Macassar Civic Association and a Cape Town City Councillor and I wrote to you in April to commend South Africa’s support for the United Nations Secretary General António Guterres’s appeal for a Covid ceasefire. For your ease of reference, a copy of our letter and press statement is now attached. In that letter we also expressed concern that munitions then being manufactured by Rheinmetall Denel Munitions (RDM) would end up in Libya. In addition and given the Covid pandemic and its global consequences, we requested you as chair and deputy chair of the NCACC to prohibit exports of armaments from South Africa during 2020 and 2021.

Again for your ease of reference, I attach your acknowledgment of our letter. Your letter is dated 5 May, in point 6 of which you agreed that:

“there is lobbying for these transfers to be authorized. I wish to point out that there is no feature of such lobbying that would succeed.”

Yet literally just days earlier from 30 April to 4 May, six flights of Turkish A400M aircraft landed at Cape Town airport to uplift those RDM munitions. Quite obviously such lobbying, either by Turkey or by RDM or both, did succeed and, under the circumstances, the payment of bribes seems obvious. I also attach my letter to you dated 6 May and press statement of the 7th. Per the link below, the Parliamentary Monitoring Group has recorded that at the NCACC meeting on 25 June, that Minister Mthembu stated he did not know about Turkey and, in particular that you stated:

“If South African weapons were reported in any way to be in Syria or Libya, it would be in the country’s best interest to investigate and find out how they got there, and who had messed up or misled the NCACC.”

This is not the first time that South Africa, including Parliamentarians, have been deceived by the international arms industry. We are still dealing with the consequences of the arms deal scandal and the corruption that it unleashed. Warnings by civil society during the 1996-1998 parliamentary Defence Review (including by myself when I was representing the Anglican Church) were ignored. May I remind you how Parliamentarians were deliberately duped by European arms companies and their governments (but also the late Joe Modise as Minister of Defence) that R30 billion spent on armaments would magically generate R110 billion in offset benefits and would create 65 000 jobs?

When Parliamentarians and even Auditor General demanded to know how such an economic absurdity worked, they were blocked by officials from the Department of Trade and Industry with spurious excuses that the offset contracts were “commercially confidential.” The arms deal affordability study in August 1999 warned the Cabinet that the arms deal was a reckless proposition that lead the government into “mounting fiscal, economic and financial difficulties”. This warning was also brushed off.

Minister Rob Davies in 2012 finally acknowledged in Parliament that DTI not only lacked the capacity to manage and audit the offset programme. More pertinently, he also confirmed that the German Frigate and Submarine Consortia had met only 2.4 percent of their offset obligations. In fact, the 2011 Debevoise & Plimpton report into Ferrostaal revealed that even that 2.4 percent was mainly in the form of “non-refundable loans” – ie bribes. Affidavits from the British Serious Fraud Office in 2008 detailed how and why BAE/Saab paid bribes of £115 million (now R2.4 billion)to secure their arms deal contracts with South Africa, to whom the bribes were paid and which bank accounts in South Africa and overseas were credited. Minister Davies also confirmed that BAE/Saab had met only 2.8 percent (ie US$202 million) of their NIP obligations of US$7.2 billion (now R130 billion).

International arms companies are notorious for their use of bribes, and for their refusal to comply with either international law or legislation such as the NCAC Act which, inter-alia, stipulates that South Africa will not export armaments to countries that abuse human rights or to regions in conflict. Indeed, an estimated 45 percent of global corruption is attributed to the arms trade. In particular, Rheinmetall deliberately locates its production in countries such as South Africa where the rule of law is weak in order to bypass German arms export regulations.

Per the report below dated 22 June 2020, Rheinmetall Denel Munitions has publicly boasted in the media that it has just concluded a contract worth more than R200 million to upgrade a longstanding customer’s existing munitions plant. The press statement does not disclose the country in which this plant is located, but my information is that it is Egypt. As you are both well aware, Egypt is a military dictatorship with an appalling human rights records. It is also heavily involved in the Libyan conflict in backing the warlord Khalifa Haftar. Thus, Rheinmetall Denel Munitions is equipping both sides in the Libyan conflict and, accordingly, in authorising such exports the NCACC and South Africa are colluding in the humanitarian disaster and war crimes being committed in Libya and elsewhere.

Per the remarks attributed to you on 25 June: “If South African weapons were reported in any way to be in Syria or Libya, it would be in the country’s best interest to investigate and find out how they got there, and who had messed up or misled the NCACC”. Ironically, Minister Pandor is also quoted by the Parliamentary Monitoring Group as declaring at the NCACC meeting that the legislation in supervising the South African arms industry – “rather than being permissive is prohibitive.” Unfortunately, South Africa has a reputation of excellent legislation such as our Constitution or the Prevention of Organised Crime Act or the Public Finance Management Act but, as illustrated in the State Capture debacle, are not implemented. The sad reality is that the NCAC Act and the provisions of its section 15 are not enforced.

Accordingly, may I respectfully propose that — as Minister in the Presidency and Minister of International Relations as well as in your capacities in the NCACC — immediately establish a thorough and PUBLIC Parliamentary investigation into this fiasco? May I also note that a repeat of the Seriti Commission of Inquiry into the arms deal would have disastrous consequences for South Africa’s international reputation?

FYI, I also include the youtube recording of a 38 minute ZOOM presentation that I made to the Probus Club of Somerset West on Wednesday regarding corruption and the arms trade. I shall be releasing this letter to the media, and I look forward to your advices.