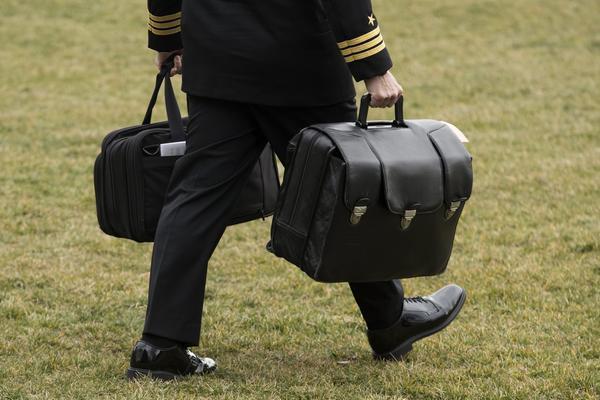 In the final weeks of the presidential election, we sounded our alarm over Donald Trump’s fitness to serve as commander-in-chief, with absolute authority over the nation’s nuclear arsenal. Joining hundreds of leaders across the political spectrum in questioning Trump’s temperament, judgement and indifference to expert advice, we warned that Trump should not be allowed to have his finger on the proverbial “Red Button.”

One year into the Trump presidency, our alarm has only intensified and we must raise our voices again. The president has had ample opportunity to educate and humble himself to the grave responsibilities of his office. Instead, he consistently shows himself to be easily baited, stubborn in his ignorance of world politics and diplomacy, and quick to brandish nuclear threats. The reality of this presidency is worse than we feared.

Trump’s inflammatory rhetoric has put the United States on a collision course with North Korea. The most recent back-and-forth with North Korean leader Kim Jong-un over the size of their “nuclear buttons” is dangerous and risks catastrophic miscalculation. Threats of “fire and fury” and total destruction of the Kim dictatorship undercut diplomatic efforts and increase the likelihood of stumbling into conflict. Worse, it appears the president is operating under the belief that these threats of nuclear war are working; we can only expect this behavior will continue.

Every one of these episodes points to a flaw in the nuclear launch process that poses a clear and present danger to the country and the world: Every American president has absolute authority to order the first use of nuclear weapons. No one – not the secretary of defense, not the attorney general, not Congress – can veto that order. There are no reliable safeguards in place to contain this power.

As former nuclear launch control officers, it was our job to fire nuclear missiles if the president so directed. Once the president orders a launch, we could have missiles leaving their silos in several minutes. They cannot be recalled. The missiles would reach their destination – whether Russia, China or North Korea – within 30 minutes. There is no act of greater consequence, and it should not rest in the hands of any one person.

There are a number of good proposals before Congress right now that would rein in the president’s power to order the first use of nuclear weapons. Whether it’s assigning the defense secretary and attorney general a role in certifying a launch order, requiring a Congressional Declaration of War before the first use of nuclear weapons, or ending the policy of nuclear first use entirely, any of these common-sense measures would reduce the risk we now face. All are backed by top experts and worthy of consideration. Whichever path we take, it is essential officials on both sides of the aisle come together to reform the system.

We and our nation cannot abide being hostages to the mood swings of a petulant and foolish commander-in-chief. No individual, especially Donald Trump, should hold the absolute power to destroy nations. That is a clear lesson of this presidency and one that we, as former stewards of the launch keys, embrace with full conviction.