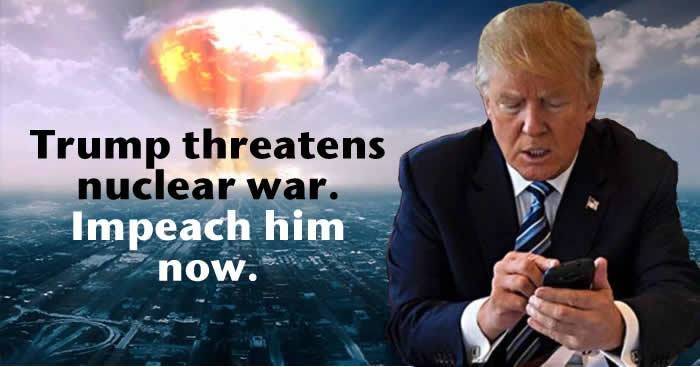 These are not speculations.

North Korea made a deal with the U.S. before being dumped into the Axis of Evil, after which point it proposed a deal over and over.

NY Times Jan 10, 2015:
“offering to temporarily suspend nuclear tests in return for a suspension of the joint military exercises this year”

Reuters Jan 15, 2016:
“North Korea on Saturday demanded the conclusion of a peace treaty with the United States and a halt to U.S. military exercises with South Korea to end its nuclear tests”

NY Times March 8, 2017:
“China tried unsuccessfully to calm newly volatile tensions on the Korean Peninsula on Wednesday, proposing that North Korea freeze nuclear and missile programs in exchange for a halt to major military exercises by American and South Korean forces. The proposal was rejected hours later by the United States and South Korea.”

NY Times June 21, 2017:
“The Trump administration has come under growing pressure to open negotiations on a temporary freeze on North Korea’s nuclear and missile tests in return for reducing the American military footprint in the Korean Peninsula, according to American officials and foreign diplomats. Versions of the proposal, floated by Beijing for several months, have been revived several times this week, first by South Korea’s newly installed president and then by China’s foreign minister and one of its top military officials in talks on Wednesday with Secretary of State Rex W. Tillerson and Defense Secretary Jim Mattis. But White House officials say they are not interested…”

These reports are in U.S. newspapers and can be and just were found within 30 seconds using U.S. search engines.

Yet the jackass in the White House says no deal is possible, and nobody impeaches him, because the Democrats want him around to “oppose,” the Republicans just don’t give a damn, and progressives and liberals would apparently rather risk nuclear apocalypse than install a President Pence in a transformed government in which top officials are impeached and removed when they step out of line.

On Sunday Donald Trump tweeted: “South Korea is finding, as I have told them, that their talk of appeasement with North Korea will not work, they only understand one thing!”

It is becoming clearer that the only thing Trump is likely to understand will be his own impeachment and removal from office.

Despite an estabished history of North Korean willingness to negotiate and to comply with agreements, Trump proceeded to meet with military staff on Sunday and to consider military options as if peaceful solutions were simply impossible, and despite the South Korean government’s stated opposition to war.

Pentagon head James Mattis said of the meeting: “We have many military options and the president wanted to be briefed on every one of them.” That’s a horrifying statement from a nuclear armed government whose president has previously remarked: “North Korea best not make any more threats to the United States. They will be met with fire and fury like the world has never seen.”

Mattis echoed this rhetoric on Sunday: “Any threat to the United States or its territories, including Guam, or our allies, will be met with a massive military response — a response both effective and overwhelming.”

While Trump and Mattis may understand more than one thing, irony is not on the list of things they understand. They are threatening to launch a nuclear war, which constitutes a threat to the whole world, as a response to any threat from a tiny distant nation.

One other area Trump’s team struggles to understand is the rule of law. Threatening war is a violation of the United Nations Charter, a treaty that is part of the Supreme Law of the United States under Article VI of the U.S. Constitution. That crime — threatening war, and in particular nuclear war — constitutes an abuse of power that clearly rises to the level of an impeachable offense.

Here’s a ready-to-go article of impeachment, to accompany all the other ones:

By these actions, President Donald J. Trump has acted in a manner contrary to his trust as President, and subversive of constitutional government, to the prejudice of the cause of law and justice and to the manifest injury of the people of the United States and the world. Wherefore, President Donald J. Trump, by such conduct, is guilty of an impeachable offense warranting removal from office.