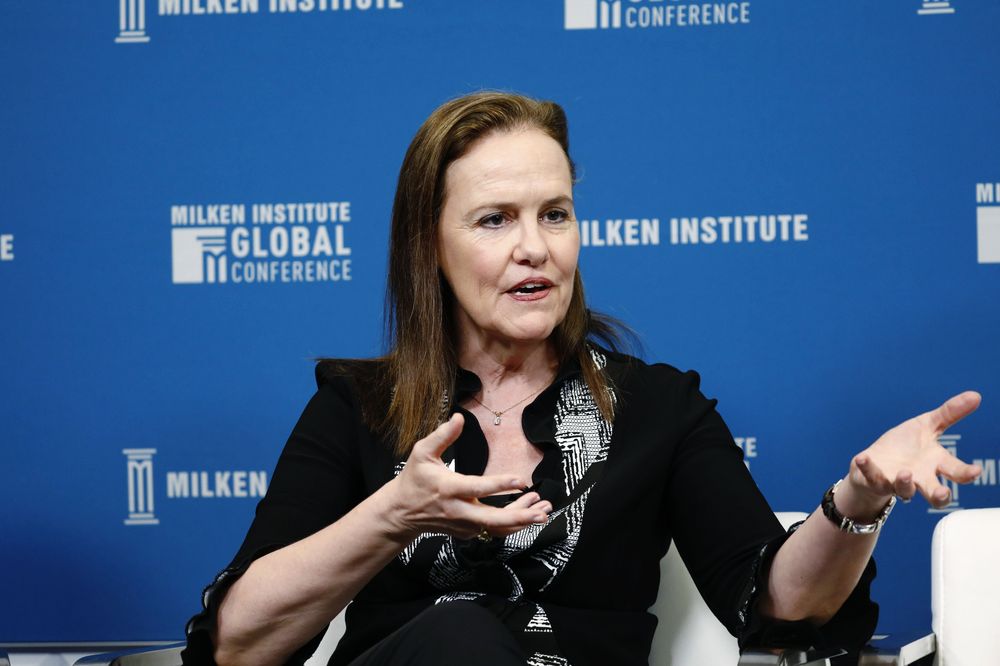 Just a few weeks ago, super hawk Michèle Flournoy was being touted as a virtual shoo-in to become Joe Biden’s nominee for Secretary of Defense. But some progressives insisted on organizing to raise key questions, such as: Should we accept the revolving door that keeps spinning between the Pentagon and the weapons industry? Does an aggressive U.S. military really enhance “national security” and lead to peace?

By challenging Flournoy while posing those questions — and answering them in the negative — activism succeeded in changing “Defense Secretary Flournoy” from a fait accompli to a lost fantasy of the military-industrial complex.

She is “a favorite among many in the Democratic foreign-policy establishment,” Foreign Policy magazine reported on Monday night, hours after news broke that Biden’s nomination will go to Gen. Lloyd Austin instead of Flournoy. But “in recent weeks the Biden transition team has faced pushback from the left wing of the party. Progressive groups signaled opposition to Flournoy over her role in U.S. military interventions in Libya and the Middle East in prior government positions, as well as her ties to the defense industry once she left government.”

Of course, Gen. Austin is a high-ranking part of the war machine. Yet, as Foreign Policy noted: “When Biden pushed to draw down troops from Iraq while vice president, Flournoy, then Pentagon policy chief, and then-Chairman of the Joint Chiefs of Staff Mike Mullen opposed the idea. Austin did not.”

Video of war-crazed Sen. John McCain grilling Austin several years ago shows the general willing to stand firm against zeal to escalate killing in Syria, a clear contrast to positions that Flournoy had staked out.

Flournoy has a long record of arguing for military intervention and escalation, from Syria and Libya to Afghanistan and beyond. She has opposed a ban on weapons sales to Saudi Arabia. In recent years, her advocacy has included pushing military envelopes in potentially explosive hotspots like the South China Sea. Flournoy is vehemently in favor of long-term U.S. military encroachment on China.

Historian Andrew Bacevich, a graduate of the U.S. Military Academy and former Army colonel, warns that “Flournoy’s proposed military buildup will prove unaffordable, unless, of course, federal deficits in the multitrillion-dollar range become routine. But the real problem lies not with the fact that Flournoy’s buildup will cost a lot, but that it is strategically defective.” Bacevich adds: “Strip away the references to deterrence and Flournoy is proposing that the United States goad the People’s Republic into a protracted high-tech arms race.”

With a record like that, you might think that Flournoy would receive very little support from the leaders of organizations like the Ploughshares Fund, the Arms Control Association, the Bulletin of the Atomic Scientists and the Council for a Livable World. But, as I wrote more than a week ago, movers and shakers at those well-heeled groups eagerly praised Flournoy to the skies — publicly urging Biden to give her the Defense Secretary job.

Many said they knew Flournoy well and liked her. Some lauded her interest in restarting nuclear-arms negotiations with Russia (a standard foreign-policy position). Many praised her work in high-ranking Pentagon posts under Presidents Clinton and Obama. Privately, some could be heard saying how great it would be to have “access” to the person running the Pentagon.

More traditional allies of militaristic policymakers chimed in, often vilifying the left as it became clear in late November that progressive pushback was slowing Flournoy’s momentum for the Defense Department’s top job. Notorious war enthusiast Max Boot was a case in point.

Boot was evidently provoked by a Washington Post news story that appeared on Nov. 30 under the headline “Liberal Groups Urge Biden Not to Name Flournoy as Secretary of Defense.” The article quoted from a statement issued that day by five progressive organizations — RootsAction.org (where I’m national director), CodePink, Our Revolution, Progressive Democrats of America, and World Beyond War. We conveyed that a Flournoy nomination would lead to a fierce grassroots battle over Senate confirmation. (The newspaper quoted me saying: “RootsAction.org  has a 1.2 million active list of supporters in the U.S., and we’re geared up for an all-out push for a ‘no’ vote, if it comes to that.”)

Such talk and such organizing are anathema to the likes of Boot, who fired back with a Washington Post column within hours. While advocating for Flournoy, he invoked an “old Roman adage” — “Si vis pacem, para bellum” — “If you want peace, prepare for war.” He neglected to mention that Latin is a dead language and the Roman Empire collapsed.

War preparations that increase the likelihood of war may excite laptop warriors. But the militarism they promote is madness nonetheless.

Norman Solomon is the national director of RootsAction.org and the author of many books including War Made Easy: How Presidents and Pundits Keep Spinning Us to Death. He was a Bernie Sanders delegate from California to the 2016 and 2020 Democratic National Conventions. Solomon is the founder and executive director of the Institute for Public Accuracy.