The Need to End War 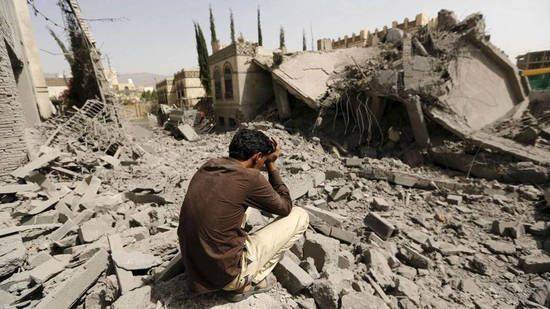 2020 is over, but the world still faces the major problem of war and conflict. Many unanswered questions need to be clarified by world leaders and decision-makers. What is the value of war? When will the wars be ended all over the world? Could there be any alternatives for wars? Why do we still see war from Syria to Yemen, from South Sudan to Venezuela?

Why do we have this vast number of victims? The simple answer is war and conflicts between nations or within one nation. Wars must be ended in every single corner of the world. A significant increase in the number of conflicts has been seen during the last decade; the United Nations failed to reverse the occupation in Palestine; Saudi Arabia created the humanitarian catastrophe in Yemen; the Syrian war, the conflict in South Sudan and many other places in the world. And yet, the social and economic impact of COVID-19 has drastically affected the world’s most vulnerable groups, including the stateless and forcibly displaced, making them in dire need of solidarity and support.

Deepening human misery does not just come only from war and conflicts but also from the way in which governments, non-state armed groups, leaders and decision-makers seek to achieve their military and political goals. Those people are the main reasons for war; they deliberately inflict pain on civilians, attacking, forcibly displacing or otherwise controlling populations with no attention to the enormous suffering that they are causing. The human harm in Palestine, Yemen, Syria and South Sudan is clear evidence of the suffering caused in some of today’s worst conflicts.

In 1914, the First World War began. Why was it fought? U.S. President Woodrow Wilson said this about that war: “This war, in its inception, was a commercial and industrial war.” Throughout the history of wars, there are no real victors in wars. The consequences of wars are unlimited; their effects, which can be seen in the long-term and the short-term, include physical and psychological harm to men, women and children, in addition to environmental catastrophes, increased physical disability, malnutrition, endemic poverty, psychosocial illness, economic/social decline and increasing numbers of homeless people, as well as the reduction in material and human capital, to mention only a few. All parties in wars are victims; there are no ‘victors’.

There are no indicators for wars to be ended in the world’s conflict zones unless the military bases close and investment in weapons ceases. The war and the occupation in Palestine cannot be ended while the U.S. continues to support Israel. According to a report released in November 2020 by the Congressional Research Service, the American administration, working with Congress, has provided Israel with generous support for shared “strategic” goals in the Middle East. The U.S. has equipped Israel with bilateral assistance and missiles, and funding of about $146 billion. Israel also received significant economic contributions beside the military assistance.

In addition to its financial and military aid, the U.S. supports Israel by using its veto power in the United Nations Security Council to cancel any resolution that is against Israeli policy. The U.S. has used its veto power 43 times against draft Security Council resolutions critical of Israel. The last resolution vetoed by the United States was condemning Israeli violence against protestors during the “Great March of Return” on June 1, 2018.

What about Yemen? The conflict has its roots in the Arab Spring uprising of 2011. The uprising forced its former president, Ali Abdullah Saleh, to hand over power to his deputy, Abdrabbuh Mansour Hadi. Since that time, Yemen has been struggling with various problems, including corruption, unemployment, food insecurity and attacks. Saudi Arabia and other countries believe that Iran supports the Houthi movement (known formally as Ansar Allah); as a result, the states began an air campaign aimed to end Iranian influence in Yemen by defeating the Houthis. Then this coalition gained logistical and intelligence support from France, the UK and the US.

According to a Security Council report in March 2020, at least 7,700 civilians have been killed, with most caused by Saudi-led coalition airstrikes. The Armed Conflict Location and Event Data Project (ACLED) recorded more than 100,000 fatalities, including 12,000 civilians killed by indirect attacks, since 2015. As a result of this Saudi-led onslaught, Yemen is experiencing the world’s worst humanitarian crisis.

Why is there a war in Syria? A peaceful uprising against President Bashar al-Assad, who succeeded his father, Hafez, turned into a full-scale civil war resulting in killing, poverty, the committing of atrocities, communities torn apart, and mass destruction. Nowadays, Syria has become a theatre for battles.

How have the Syrian people been affected? The war in Syria is more than a battle between those who support or oppose President Al-Assad. The United Nations was able to estimate the following numbers, and actual numbers are likely to be much higher:

And yet, the same stories are repeated throughout the world. There is an urgent need to close all military bases and to support people who are in need.

War has always been the greatest blot on humanity. The United Nations, through its institutions, has to take more serious steps to address the current situations in conflict zones. Otherwise, the number of deaths and displaced people will continue to increase. Most of the conflicts are in so-called “Third World” countries, where development programs are already urgently needed. Eternal peace seems to be beyond our reach; although attempts have been made to abolish wars, success has not been achieved so far. Organizations such as World BEYOND War exist to bring about this goal.